We’ve picked a player from each position that we think is destined for great things in 2019 and should be on your radar as soon as your draft day rolls around. 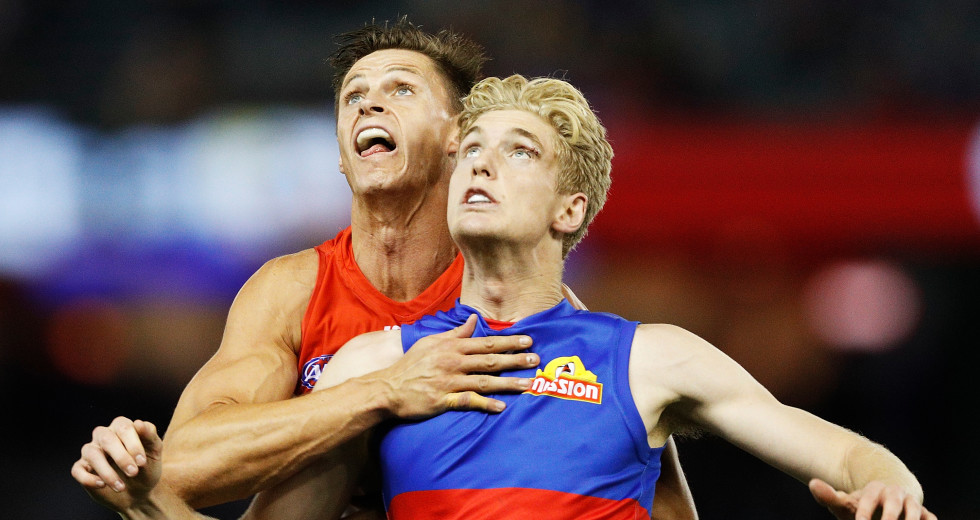 With every player in the AFL either burning up the track and getting more midfield minutes or breaking down and likely to miss the rest of the season, we thought we’d pen an article and continue the Pre-Season hyperbole. We’ve picked a player from each position that we think is destined for great things in 2019 and should be on your radar as soon as your draft day rolls around.

The Ultimate Footy gods have smiled upon us and granted Jack Bowes defender status for 2019. Obviously if you are playing AFL Fantasy, he’s a bit of a harder sell than he is in Ultimate but we still believe there is plenty of potential with this kid.

A full disclaimer here, Kaes has a serious fantasy man crush on this guy but never fear, there are some big stats here to back up this breakout prediction.

While his 2018 average is underwhelming, Bowes finished off the year with scores of 85, 82 and 116 in his last three games. He’s classy, finds the ball and is clearly Best 22 after the Suns have moved on some smart ball winners in Lyons and Barlow. While Anthony Miles and George ‘The Hyphen’ Horlin-Smith have joined the Club in the off season, a spot in the midfield in 2019 is well and truly his.

He’s also heading into the much famed and highly proven, third year ‘breakout year.’ There is also plenty of great talk coming out of the Club that he has been one of the most impressive this pre-season, is fitter than ever and put on upper body size.

All signs are pointing to a big season and as a defender option, he looks a genuine D3/4 option in your side and if you want any more reasons to draft this guy, look at his hair it is glorious.

Redpath retires, the Dogs trade Jordan Roughead and then delist Tom Campbell, there is literally no ruckman left at the Bulldogs which means they obviously think it’s time for Tim English.

Yes they have Trengove or Boyd to back him up and pinch hit but barring an absolute pre-season disaster, he’s 100% going into 2019 as the Dogs main ruck.

English didn’t play after Round 7 in 2018 but picked up an 86, 90 and 107 in those 7 games. The big guy gets around the ground beautifully and collected 17, 16 and 19 possessions in those games with 6, 7 and 9 marks. This shows he’s just more than a tap ruckman and is one that can really dominate all around the ground.

His junior numbers were pretty solid averaging 90 in the WAFL Colts in his final year there and yes, it’s the WAFL Colts I hear you say but it’s how he scored those points that’s exciting. He averaged 15.6 possessions a game with 6 marks and that just backs up the around the ground abilities and potential he showed early last season.

There weren’t too many more impressive first year players in the AFL last season than Andrew Brayshaw. While some might remember him for having his jaw rearranged by Andrew Gaff late in the season, he actually played some really good footy playing 17 games in his first year of footy.

One of the standout stats from last year was his massive lack of Time on Ground. He averaged 67% TOG last year with only one game of 75%+ which netted him 75 points against the Dogs.

Obviously the big plus for Brayshaw this year is the departure of Lachie Neale. With Freo rebuilding and the increase of TOG he’s a natural breakout contender. What makes it even more exciting is that Ross the Boss is referencing his name every time he mentions their midfield group.

Looking at our Breakout Tracker which can be found on out Patreon page, Brayshaw is currently averaging the same as the current Top 20 midfielders at the same point in their careers and with Neale gone we think he’s primed to go to the next level.

The Worpedo has gained forward status this season and there is no one more excited in Australia about this than Heff.

With Tom Mitchell out injured and new recruit Chad Wingard suffering a minor injury set back, it looks like the Worpedo is at the front of the line to get those magical midfield minutes.

Like the others in this article Worpel had great underage stats averaging 92 at the U18 championships (112 points per 120 minutes) and 93 in the TAC Cup. The Breakout Tracker also has him ahead of the top 10 forwards at the same point in their careers.