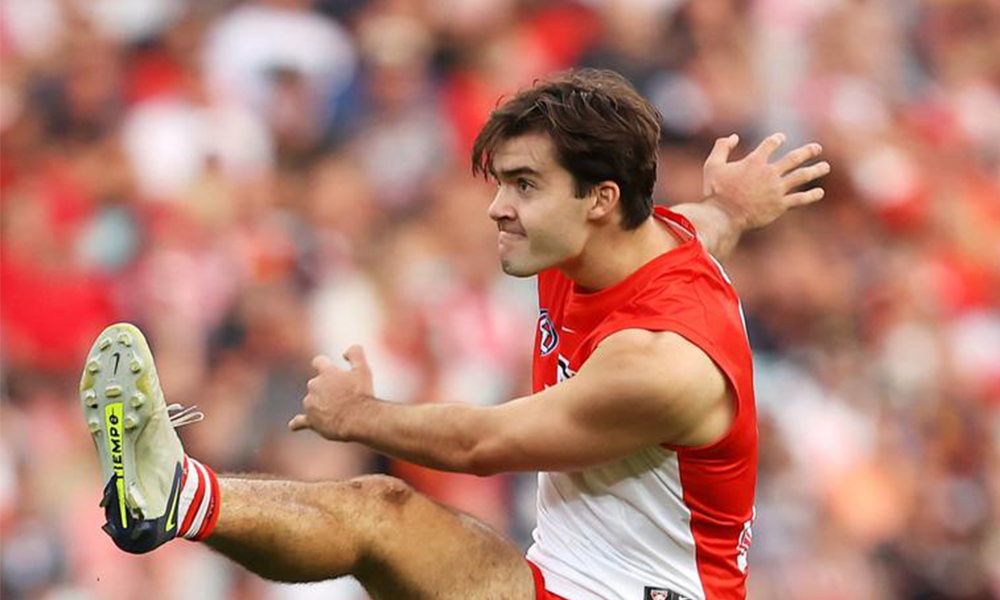 These are the final six players who are worth targeting if your Keeper League team’s charge up the ladder is moving as slowly as the AFL Live app.

The form and treatment of Duursma this season has been strange. Duursma scored 24 points in the first 10 minutes of Port’s Round 1 clash against Brisbane before being subbed out with a collarbone injury. He backed up the following week with 67 points against the Hawks but since that injury he hasn’t really been the player we’ve seen in the past. Duursma burst onto the scene in 2019 averaging 78 in his debut season. The following two years he had season averages of 70 (BCV) and 72, only playing 9 games last year in an injury interrupted season. I can’t fathom how a fully fit Duursma isn’t in Port’s best 22. He’s still only 21 years old and back in 2019 he had the world at his feet. He’s gone back to the SANFL this year and played 6 games for a 86.8 average. He’s notched up a couple hundreds in the state league and has started to find his touch. I’d be shocked if he didn’t work his way back into the Port side in the coming weeks and hopefully recapture some of his past form. If he is disillusioned by his treatment this year, a trade move in the off-season could really see his Fantasy value rise. Especially if he found his way to a club who genuinely value him as a Best 22 player.

This selection is incredibly left field but hear me out. Sonsie was the Tiger’s second pick in last year’s AFL Draft (taken after Gibcus and before Clarke) and has been banging down the door at VFL level for most of this year. He’s averaging 22 touches and 79 Fantasy points in the VFL and if I’m honest, I’m shocked he hasn’t debuted yet. His 1 goal, 34 disposal, 10 clearance, 135 point game in Round 2 against Sandringham was sensational and could really be a glimpse of what we may see in the future. The main reason why I like Sonsie, is that the Tigers have already given opportunities to the next crop of midfielders like Thomson Dow, Riley Collier-Dawkins and Jack Ross and they simply haven’t taken their chance. I reckon they are keeping Sonsie on ice for this year in the hope he’s ready to breakout next year when guys like Edwards and Cotchin possibly hang up the boots. Stash if you can in deep dynasty leagues, or at least have him on your radar in next year’s drafts.

He’s a name that most Fantasy coaches are familiar with but we simply haven’t seen the best of Hunter Clark yet. All signs were pointing to a big breakout in 2022 but a shoulder injury in the pre-season ruined those plans. While there is every chance he lines up for the Saints this week, I think he’s an excellent trade target looking ahead to next year. While current owners may be a little hesitant to trade him after holding him for the first half of the season, there is every chance that he starts a little slow at AFL level, which can naturally happen after a long period out of the game. If he does put up a couple low scores in his first few games back, I think this is the perfect time to strike and back him in for a big 2023 as the Saints are on the up.

There are plenty of Sydney youngsters you could get excited about. Braeden Campbell, Matt Roberts and Dylan Stephens are toiling away in the VFL and all have plenty of upside. If you are trying to land a big fish for the next 10 years, then Chad Warner is your man but if you’re looking for one of the game’s next big forwards, it’s Logan McDonald. The young key forward is only 16 games into his AFL career but some of the games this year he’s really stood up when it mattered. 3 goals and 87 points against Carlton and 3 goals and 79 points against Melbourne go to show the quality of this young man. For reference, in his 2 games in the VFL this year he averaged 3.5 goals a game and 105 Fantasy Points. The kid can play. Buddy and Sam Reid are getting on and I feel in the next year or two, you will wish you didn’t sleep on Logan McDonald!

There haven’t been too many positives in the dumpster fire of a season at West Coast. The injury riddled Eagles have had no luck this year with youngsters like Allen, Edwards and Chesser hardly getting on the park. One kid who has seen some game time has been 2021 draftee Brady Hough. While his 48 average may not be eye-catching, he’s been well and truly thrown in at the deep end and actually performed pretty well. His 99 point outing against the Dogs in Round 11, no doubt piqued some coaches’ interest and rightly so. Hough averaged 92 in the WAFL Colts last year and in his one league outing for Peel Thunder last year he notched up a 99. What I like about Hough is his kick to handball ratio and his size. At 190cm, he is a natural replacement for Shannon Hurn next year when he likely hangs up the boots. Hough will be the perfect fit for the Eagles in their rebuilding backline and we could see some juicy scores in 2023.

The dashing defender piqued my interest in the pre-season when he pushed his case for a permanent role off half-back with some hot form in the trial matches. 12 rounds in, Richards hasn’t missed a game and has improved with each game he’s played. He averages 66 for the season but has had a good last five game where his rolling average sits at 77. There seems to be plenty of ball to go around in defence, with Caleb Daniel and Bailey Dale still scoring well. Richards’ good form has even pushed Bailey Williams up to a wing. At 22 and into his 5th season, his development may have been a bit slower than expected but I like what I’m seeing and surprisingly he is still on the waiver wire in a third of leagues. Snap him up off there ASAP or put through a trade before his value properly rises.