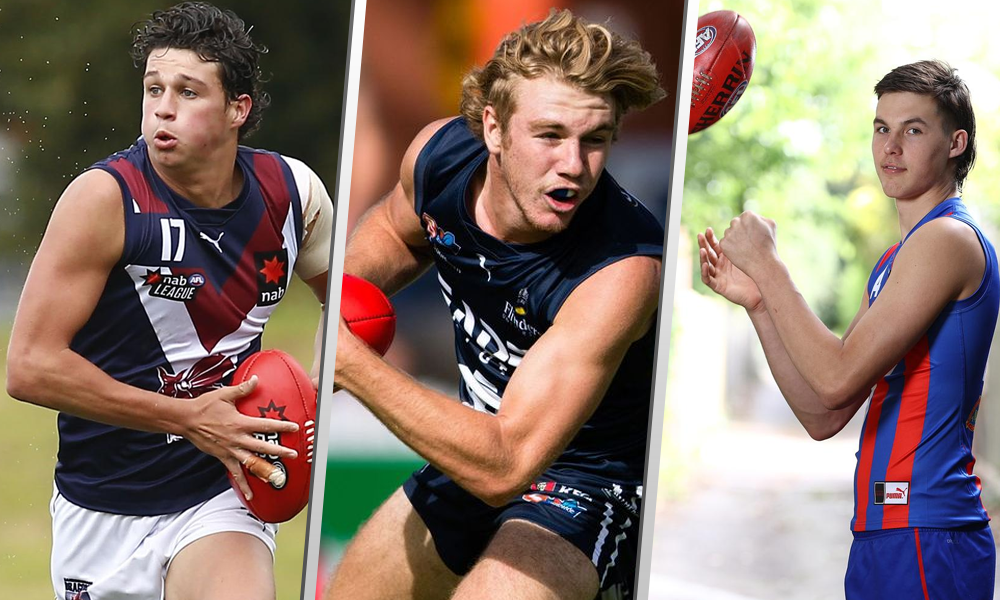 The AFL Draft is done and dusted, so let’s take a look at the AFL Fantasy numbers.

As expected, Jason Horne-Francis was taken at pick 1 in the 2021 AFL Draft. This underage superstar was a dominant force for South Adelaide this season, splitting his game time between midfield and forward. He played 20 games in the League side, averaging 11 kicks, 5, handballs, 4 marks, and 4 tackles per game for an AFL Fantasy average of 74 points. This might seem a little on the low side, but let’s remember he was playing in the seniors.

Nick Daicos slid to pick 4, but he was one of the standout performers from a fantasy perspective in the NAB League. He only played 5 games this year due to COVID-19 lockdowns and being heavily managed, but still managed to average 22 kicks, 14 handballs, 6 marks, 3 tackles, 2 goals, and 136 AFL Fantasy points per game in 2021.

Josh Ward is another underage fantasy gun who was taken at pick 7 by Hawthorn. He’s a crafty, left-footed inside midfielder who averaged 109 AFL Fantasy points in the NAB League this season. If you want to know more about him, you can read Dos’ article on him here.

One of the more surprising picks in a pretty predictable first round was Neil Erasmus heading to Fremantle. Growing up as a West Coast supporter (who were expected to take him at 14 but it wasn’t to be), he played 4 games in the WAFL Colts this year for an AFL Fantasy average of 109 points.

A draft bolter with a good fantasy pedigree is Angus Sheldrick. The hardworking inside midfielder played 9 games in the WAFL Colts for Claremont, averaging 18 kicks, 8 handballs, 3 marks, and 4 tackles, averaging 103 AFL Fantasy points.

The table below shows the fantasy averages of players drafted in the first round of the 2021 AFL Draft.

Become a member to gain access to ALL of the draftee fantasy averages.

Members can view all of the draftee fantasy numbers here…