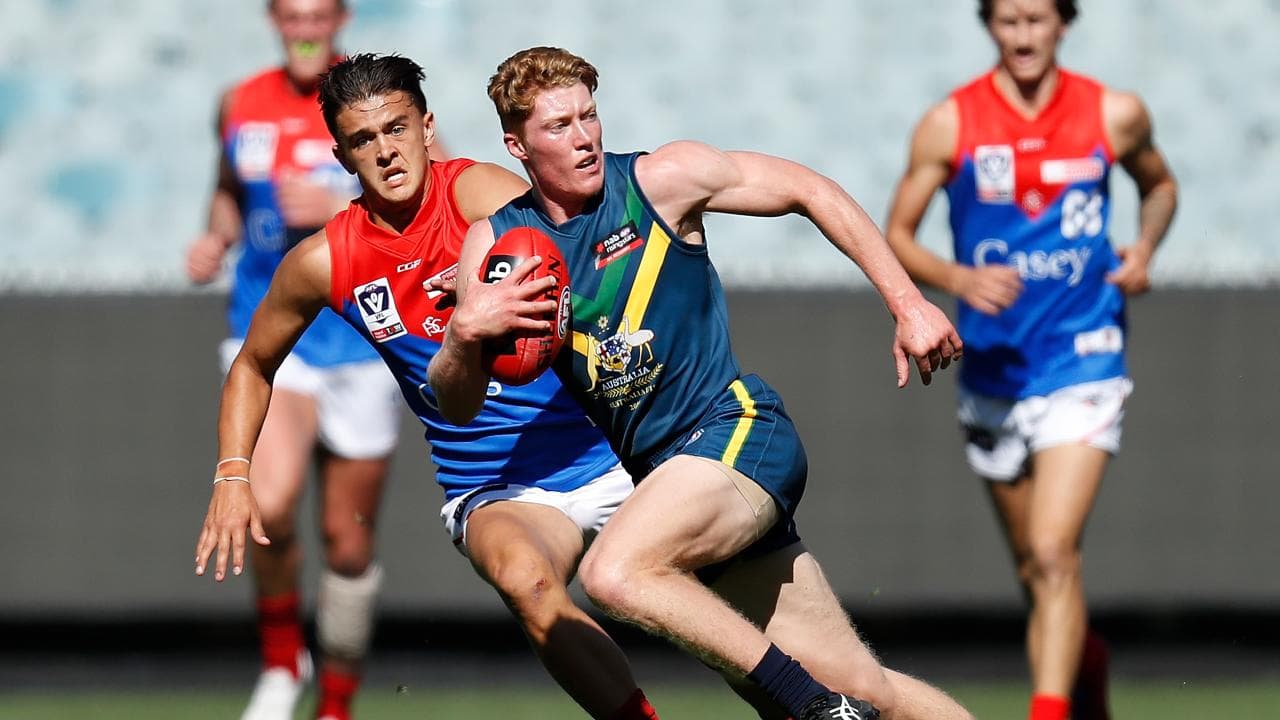 In this article, we are going to take a look at the first round draftee fantasy scores from their respective state league competitions.

There were no surprises at the top end of the draft with Matthew Rowell and Noah Anderson making up the top two picks. We’ve spoken about these guys in our Draft Fantasy Analyses. But if you haven’t heard they averaged 124 and 108 respectively this season.

Luke Jackson was a little bit of a surprise at pick 3. He put up good numbers in the WAFL Colts this season as a dominant hitout ruckman. This guy has been touted as the next Brodie Grundy, so there must be potential here. He averaged 98 for East Fremantle in 2019 from 8 games. The big question is how does he get a game behind Max Gawn. Luckily, he can go forward. But I wouldn’t be expecting big numbers from him at AFL level straight away.

Looking down the list, Liam Henry put up good numbers for Claremont this season. He averaged 109 AFL Fantasy points, going at 23 disposals, 6 marks, 4 tackles and two goals per game. However, I also can’t see Henry producing these numbers as a small forward at AFL level.

But a player that might make an impact straight away is Will Day. The half-back flanker from West Adelaide has been likened to Andrew Mackie. Mackie was a handy fantasy scorer in his prime, so if Day can produce similar numbers at AFL level, we’ll all be very pleased. Will Day averaged 103 AFL Fantasy points from 4 games in the SANFL Under 18s this season.

The bid for Thomas Green probably came a little bit later than expected. But he was always going to end up at GWS. You can read more about his fantasy numbers in the NAB League, State Under 18 Championships and the NEAFL in this article here.

Check out other draft articles written by The Keeper League Podcast on The Draft Doctors and DT Talk‘s websites.