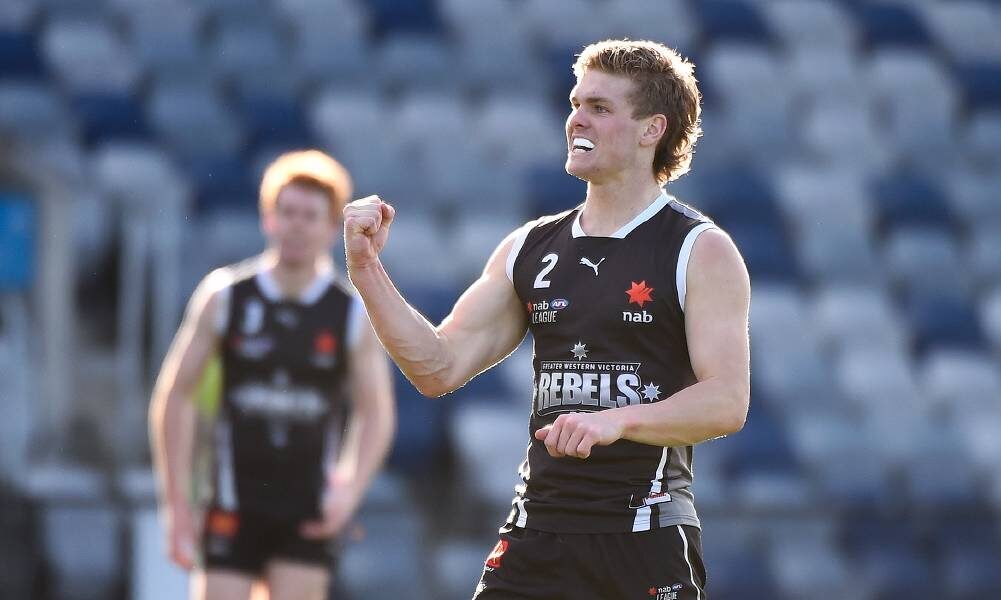 There are quite a number of quality midfielders in this year’s AFL Draft and Ben Hobbs looks to be one of the brightest prospects.

The 183cm inside-midfielder works hard both ways and can also hit the scoreboard.

In his six games, he had scores of 98, 26, 146, 70, 121, and 109. The low score of 26 came in a game where he got injured early and only picked up four touches, so if you take that game out of the equation, he averaged over 29 touches and 109 AFL Fantasy points for the year. His 146 point game came against the Murray Bushrangers where he had 19 kicks, 15 handballs, 3 marks, 9 tackles, and kicked 2 goals. Hobbs also had three games where he amassed over 30 touches which shows he is a natural accumulator. He was also named as the Rover in the NAB League Team of the Year to cap off a terrific season.

While the Victorian youngsters didn’t get to play a lot of footy in 2021, Hobbs made the most of every outing and really caught the eye of talent scouts. He was a stand-out performer in the Vic Country match against Vic Metro, racking up 37 disposals and kicking two goals in a best-on-ground display.

From a fantasy point of view, the only knock I can see is that Hobbs doesn’t take enough marks around the ground. He never had more than four marks in a game at NAB League level this year and we know that the best midfielders average around 4-6 marks per game. He’ll need to continue accumulating possessions and work a few easy marks into his game if he’s going to take his fantasy game to the next level.

After drawing comparisons with Taylor Adams and Joel Selwood this year, Hobbs should be taken early in the AFL Draft and there is every chance that he can make an impression early in 2022. Standing at 183cm and weighing in at 80kg, he already fits the mold of an AFL player before he even gets his first AFL pre-season under the belt.

Based on what we’ve seen at the underage level, there’s a chance Ben Hobbs will be a good fantasy prospect for the future.