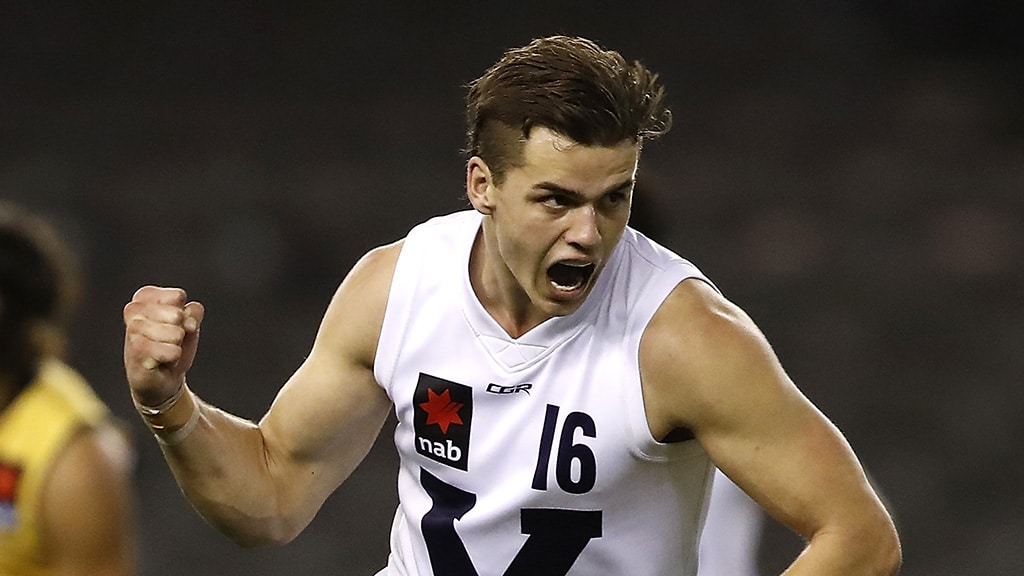 A youngster there is plenty of draft hype around is tall utility Brodie Kemp. In this article we’ll take a look at Brodie Kemp’s fantasy scores of 2019.

The interesting thing with big Brodie is that he suffered an ACL injury earlier this year and where he’s going to fall in the draft, no one knows.

There’s no doubting that the kid has class but from a fantasy perspective we only have a small sample size to go from this year.

Kemp did his ACL in July and only managed three NAB League games in 2019. In those, he averaged 20 touches, 4 marks and 4 tackles a game which is good going for a tall defender.

He was pretty fantasy friendly for a key back averaging 80 points with scores of 86, 70 and 84.

However, it was his fantastic Under 18 Championships form which put him in the spotlight and won him All-Australian honours.

While his tackle numbers in the Championships diminished, it was his big frame and intercepting ability which stood out. He finished the carnival averaging 6.5 marks a game to go along with his 20 touches.

His fantasy numbers were also impressive finishing as the 12th highest average fantasy scorer across the championships.

But would I draft him?

Coming off the back of an ACL injury this year, you’d think there’s a snowball’s chance in hell of him playing in 2020.

While he looks like he has plenty of tricks, he’s one to only look at in dynasty leagues for next year. But there could be some value in the future.