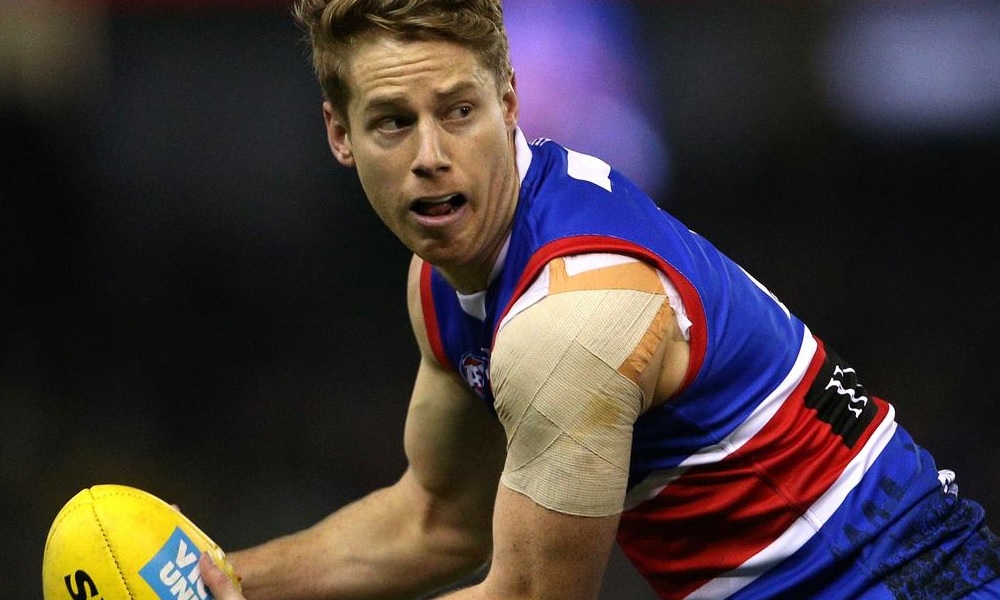 Analyse the CBAs from round 10 in our user-friendly table below – featuring advanced analytic tools to better measure the biggest changes, both seasonally and week-to-week – and check out my five risers and fallers to monitor in AFL Fantasy.

With Andy Brayshaw watching on from the sidelines, Michael Walters reminded us what he can do as a midfielder – score fantasy points! The 30-year-old recorded season highs for CBAs, fantasy points and kicks (17) – showing his owners he can still get it done when given the chance on the inside. However, coach Longmuir isn’t likely to change tack and stunt the growth of Freo’s rebuild in favour of playing his veterans in fantasy-friendly roles… aside from David Mundy, of course. If Brayshaw is back this week, this is likely a one week wonder. Enjoy the ride or sell high while you still can!

Often the forgotten man of the Blues midfield, Setterfield was a genuine fantasy stud as a junior and started showing signs of producing numbers at AFL level last year. However, the CBAs were put on hold early in 2021 with the explosion of Walsh and the arrival of shiny new toy, Zac Williams. Carlton was forced to readjust their CBA mix following the season-ending injury to Cunningham last week and chose to bump up Cripps, Curnow and Setterfield’s usage while reducing Stocker’s inside time, and continuing to build Williams’ confidence off half-back. Setterfield averaged an adjusted 98.9 AFL Fantasy points in games where he attended 50% or more CBAs in 2020.

The unsung fantasy hero of 2021, Seedsman has played every game for the Crows this season, averaging a career-high 96.3 points – surpassing his previous best season by almost 20 points! The Seed has rewarded his draft owners with monster scores, particularly when he has seen an increased inside role. In the four games where Seedsman has attended 30% or more CBAs, he has averaged 110.2 AFL Fantasy points! After 35-disposals, seven marks, seven score involvements, 657 metres-gained and a close to best-on-ground performance in round 10 – does Nicks opt to plant the Seed in the guts a little more?

Six-to-eight weeks on the sidelines for Treloar is a harsh blow for the ladder-leading Dogs. As fantasy coaches, our sick minds turn quickly toward the beneficiaries of his absence – but we do wish to take a brief moment to acknowledge Treloar’s efforts in our sides this season. Moving on! Bailey Smith, as flagged last week, has gradually seen his CBA stonks rise in the absence of the injured Josh Dunkley. The additional injury to Treloar has ensured Bazlenka (63% attendance, +5% round diff) has locked in bulk inside midfield minutes. Another juicy inclusion in round 10, was Lachie Hunter (13% attendance, +13% round diff), attending his first centre bounces of season 2021 after Treloar went down, while also having significant time on the wing throughout the match.

Scott has been far from dePendlebury in 2021. With Bucks’ job security under siege and the club coming under fire from all angles in the early goings of the season, the Pies midfield unit has reflected the instability around them. It seems there’s always a Pie featured in this article, rising or falling, as Bucks searches for answers on the inside. Taylor Adams’ (75% attendance) return from injury seems to have put the final nail in the coffin for Pendles CBAs, the 33-year-old gradually tumbling out of the midfield rotation as the club firms for a rebuild. It likely spells disaster for owners unless he can return inside. Over the past three games, Pendles has attended just 15.3% of centre bounces and a modest 72.7 AFL Fantasy points. The positive? Forward status surely comes his way as a nice gift for patient owners.