CBA Analysis - Round 11 - The Keeper League 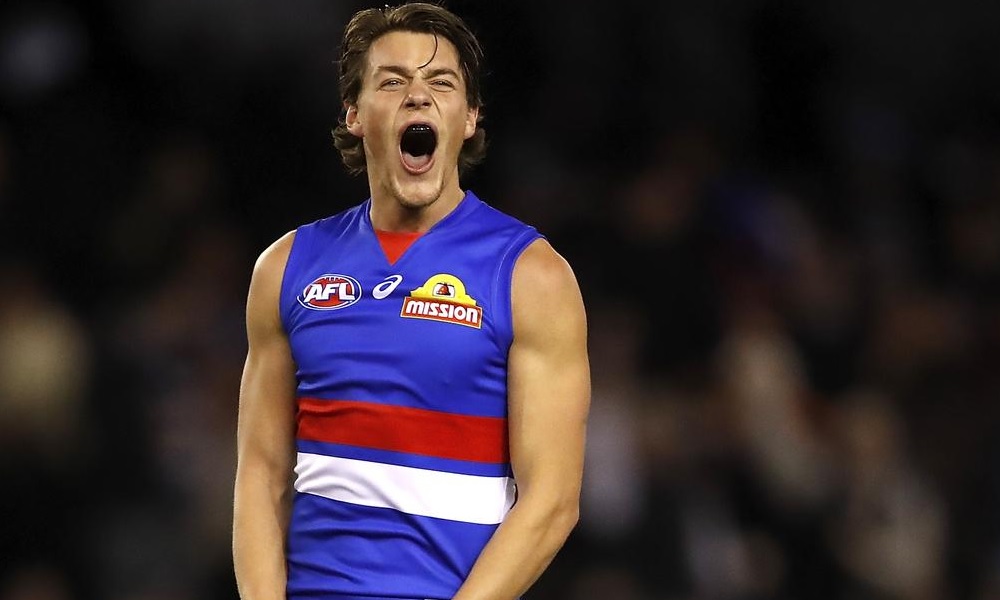 Analyse the CBAs from round 11 in our user-friendly table below – featuring advanced analytic tools to better measure the biggest changes, both seasonally and week-to-week – and check out my five risers and fallers to monitor in AFL Fantasy.

It was impossible not to dream of some #moremidtime scenarios following the recent injuries to Dunkley and Treloar – with a monstrous amount of CBAs up for grabs at the Dogs. One particularly handsome, mulleted individual seemed poised to snatch up the majority of the leftovers – even attending a season-high 63% last week. But it wasn’t to be! The Oracle (@TKLKaes) strikes again, and it was Patty Lipinski that stole some of the prized CBAs right under Bazlenka’s nose. A breakout candidate each of the past couple of seasons (even getting compared to Dusty in one of the all-time great pre-season hype articles in 2020), at 22-years-old, Lipinski looks ready to take the next step. Attending just two centre bounces across his seven games prior to last weekend, Lipinski was awarded a generous seven CBAs from Bevo and made the most of his mid-time – racking up 23 disposals, seven marks, four tackles, four clearances, five score involvements and a season-high 95 AFL Fantasy points. All aboard!

De Goey (or perhaps Buckley) teased fantasy coaches in the AAMI Community Series with a glimpse of what a pure midfield version of JDG might look like. The result? Fantasy coaches that fell for the trap would recall his 27 disposals, 11 marks, five clearances and whopping 127 AFL Fantasy point outing from 73% CBA usage back in early March. Stuck inside forward 50 for much of 2021 thus far, has the tide finally turned in round 11? After recording zero CBAs in the first quarter on the weekend, the Pies changed things up (yet again) and injected the 25-year-old into 13 of the final 15 centre bounces, recording over 70% CBAs for just the third time in 2021 – including the pre-season cameo. Across the three-game tease, De Goey has averaged 23 disposals, seven marks, four clearances and 94.3 AFL Fantasy points.

Everyone who counts loves Sam Flanders! And finally, so does Stewie Dew! The second-year Sun recorded a career-high 50% CBAs in round 11. It’s hard to say whether the change was purely experimental (against a fellow cellar-dwellers in the abysmal Hawks) or whether it was a genuine change of direction for the struggling Suns. We’ll need a few more games of data to see if the inclusion of Flanders (+46%), Rankine (+28%) and Weller (+20%) – more explosive stoppage players – in favour of more one-dimensional contested bulls Greenwood (-28%) and Swallow (-32%) will be a trend going forward. Regardless, it brings hope for potential long term keepers of Ned, who showed his owners solid signs of being a capable scorer in the role. Still, he’ll face an uphill battle staying in there with the imminent return of Suns prodigy, Matt Rowell.

It’s been Baker’s delight to spend some time in the guts the past couple of weeks – attending 62% and 59% of the Tigers CBAs the previous two rounds – but unfortunately the fun for Baker… dozen last forever (sorry). With four of the Tigers top-six centre bounce attendees out of action, the fiery 23-year-old enjoyed a couple of weeks of midfield freedom. In round 11, three of those four top attendees- Cotchin, Prestia, and Bolton – returned, with most of Shane Edwards’ (still injured) CBAs being handed to the impressive youngster, Collier-Dawkins. For Baker, the joy of centre bounces may be a fading memory, but he did receive a token CBA as a parting gift. Fantasy coaches also received a parting gift, Baker being awarded MID status flexibility in the AFL Fantasy format.

Ross’ constant rises and falls have been well documented across the season in this article. This ‘fall’ section is less dedicated to the yo-yo centre bounce season of Seb Ross, and more of a cheat to sneak in one more ‘riser’ – 2021 AFL Fantasy LEADING *average* SCORER – Luke Dunstan (20 CBAs; 83% attendance | 140 AFL Fantasy)!!! Plenty of auto-drafters were rewarded handsomely if they held Dunstan on the pine up to this point of the season, with a dominant display against North in his return to the seniors. With just a brief cameo at AFL level in round 5 (receiving just 39% of CBAs), Dunstan has been biding his time in the Magoos – and absolutely dominating! The 26-year-old perennial fringe keeper averaged 36.5 disposals, six marks, three tackles, two goals and 132.5 AFL Fantasy points across his four games with Sandringham. Saint Kilda’s first-choice centre bounce mix is decimated. They’ve lost Gresham for the season, Zak Jones to a long-term injury, and Hannebery to…well, being Dan Hannebery. Add to that Ratten “swinging the axe” to dump Bytel to the two’s – and Dunstan may go marching into more CBAs for the Saints.