CBA Analysis - Round 16 - The Keeper League 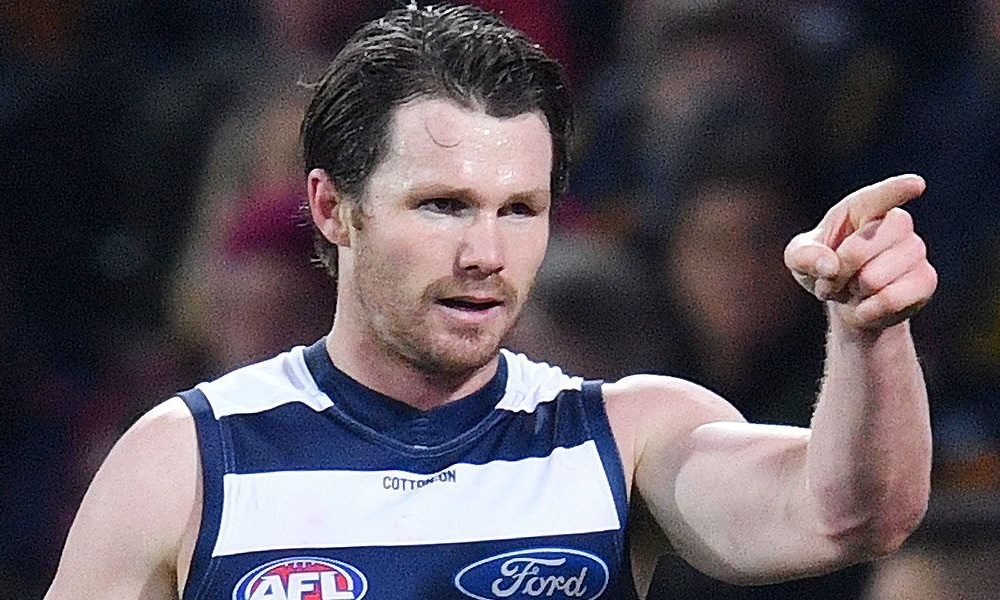 Analyze the CBAs from round 16 in our user-friendly table below – featuring advanced analytic tools to better measure the biggest changes, both seasonally and week-to-week – and check out my five risers and fallers to monitor in AFL Fantasy.

Paddy Dow take a bow! The prophecy of GOATdem was fulfilled in round 16, with a phenomenal showing of genuine midfield craft. The 21-year-old had a monumental opening term, notching 11 disposals, 9 contested possessions, six clearances, and 28 AFL Fantasy points, before allowing his teammates to get involved after single-handedly handing the Blues the dubs with his early work. Dow finally has the role he was born to play as a crafty, slippery, clearance monster: INSIDE MID – recording 40 per cent or more CBAs in every game since round 12. Don’t say we didn’t warn you!

The second-best player with the initials “PD” in the AFL, Dangerfield was back to dominant Danger on the weekend, going ballistic in a pure midfield role. He racked up close to 40 disposals, had 11 marks and fell just one point shy of the magical 150 fantasy points after recording his highest CBA percentage since round 1 this year. Way #2G4P for the Keeper League Pod, Dangerfield comes into calculations in Classic circles as a potential top-six forward for the run home if he stays permanently in the engine room. An injury to Jeremy Cameron on the weekend may have coaches nervous of a potential Bevo-esque switch to the forward line, but after a masterful midfield display – it’s hard to see Chris Scott moving Danger too far up the… Field?

After being moulded into a defender in recent times, it’s been a welcome return to familiar territory for Hewett in the past two weeks with CBAs back on the menu! Starting in a negating role on West Coast’s Luke Shuey, Hewett also racked up a season-high for disposals (26) and clearances (five) on his way to a quality fantasy score for a defender-eligible player as the Swans ran rampant. However, the 25-year-old’s time in the centre square may be short lived, with Rowbottom’s demotion to medi-sub seemingly more of a rest for the 20-year-old – as his season-long (nice) 69% time on ground might suggest – than a genuine dropping. Perhaps we should get more excited by Erol Gulden losing his CBA virginity! The young gun recorded a couple of cheeky CBAs during the blowout win – illustrating some observable thirst along the way.

A changing of the guard at Ikon Park has seen the veterans cop the brutal reality of the youth movement in a rebuild. Whilst the Blues are clinging onto a potential finals birth, there’s a clear need to blood the youth to really prime a contender for future years. Dow (+39%), Kennedy (+23%), and Petrevski-Seton (+13%) were given some extra opportunities at CBAs at the expense of poor of Ed, while Sam Walsh – who attended a season-low 29% of centre bounces – moved to the outside to accommodate his more one-dimensional teammates. We’ve seen Curnow have dips in his midfield usage throughout his career, particularly in recent years as the Blues dabbled in midfield mixups, but this time it feels permanent. Jump off immediately in all forms of draft if you can still get value given the 88.9 average that still sits next to his name.

The Dockers are desperately pushing for a finals berth, and are happy with a blend of old heads and youthful exuberance in the guts as they aim for September. It’s an ideal setup for young mids to blossom; the mature bodies and high IQ football minds of Fyfe and Mundy standing right beside them as they grow. Unfortunately, it’s not as ideal for our fantasy teams in the short term, and Caleb Serong is certainly one that could feel the brunt of that fantasy hit amidst a healthy, finals-bound list. It’s hard to find a better buy-low in your keeper leagues than Serong; a points per minute beast (he sits fourth for PPM among players 21 and under who have played more than 10 games in 2021) who’s illustrated a huge ceiling (143 in round six and four scores with an adjusted 110+ in his rookie year), who’s also slightly down on the massive expectations set by many fantasy coaches in just his second year. Grab him ASAP in your keepers to enjoy the uptick in CBAs, TOG, and fantasy scoring during The Oracle’s beloved THIRD YEAR BREAKOUT in 2022!