CBA Analysis - Round 17 - The Keeper League 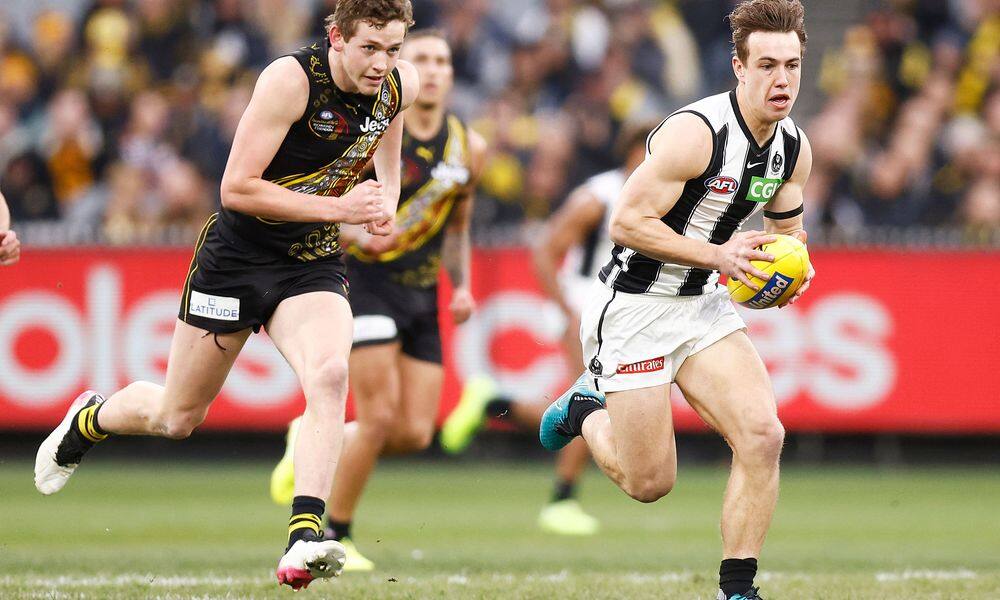 Analyze the CBAs from round 16 in our user-friendly table below – featuring advanced analytic tools to better measure the biggest changes, both seasonally and week-to-week – and check out my five risers and fallers to monitor in AFL Fantasy.

Callum Brown (17 CBAs, 63% attendance) | 82 AFL Fantasy points
When I turned on my TV to watch this game on Sunday, I was delighted to see Callum Brown line up at the first centre bounce. After playing 11 games straight earlier in the season, Brown had recently found himself out of favour and used as the sub on numerous occasions. He was dropped back to the VFL prior to last week where he played predominantly in the midfield, scoring 97 AFL Fantasy points. He was injected back into the senior side against Richmond in Round 17 and played a similar role, resulting in a handy fantasy score of 82. Listed as a forward, he has to be added to the watch list for the remainder of the season. With a caretaker coach at the helm, he should be given opportunities over the final few rounds to prove his mettle as a midfielder. Hopefully, he makes his mark and the fantasy scores follow.

Tom De Koning (18 CBAs, 100% attendance) | 91 AFL Fantasy points
It’s widely assumed that Tom De Koning will be the number one ruckman for Carlton in the near future, but we hadn’t really seen him ruck solo before Round 17. He was given an opportunity last week against a lesser ruck opponent in Geelong on Saturday afternoon after Levi Casboult was a late withdrawal from the side. He grabbed the opportunity with both hands, putting up a very handy score of 91 on the back of 10 kicks, 5 handballs, 6 marks and 14 hit outs. With both Casboult and Pittonet out injured, De Koning will be provided with ample opportunity to make his mark as a fantasy scorer as he carries the ruck load for Carlton over the next few rounds.

Jack Viney (20 CBAs, 91% attendance) | 81 AFL Fantasy points
Jack Viney played his third game after returning from a toe injury that had sidelined him since Round 6. Whilst he didn’t set the world on fire with his score against Port Adelaide, there are positive signs for the ex-skipper moving forward. He attended 91% of CBAs against Port Adelaide which is a +19.3% positive differential when compared to his last three games. Whilst he only scored 81 points, he has improved his scoring every week since returning from injury and with his CBA numbers rising, I don’t think he’s too far away from a good score. Hopefully, he has a good run leading into the finals to make his fantasy owners happy.

Jack Crisp (0 CBAs; -23% CBA diff) | 118 AFL Fantasy points
Prior to Round 17, Jack Crisp had attended 50% of the centre bounces for Collingwood in 2021. On Sunday, he did not attend a single centre bounce. Despite this fact, he managed to put up his third-best score of the season. Over the past three rounds, Crisp has only attended 28.7% of Collingwood’s centre bounces (which is a -18.4% differential when compared to his season average). The drop in CBAs obviously coincides with the return of Taylor Adams, and Callum Brown moving into the midfield last week would not have done him any favours. Again, it did not affect his scoring on Sunday, but we have seen his numbers dip when lacking midfield opportunities in the past. Whilst I’m not too concerned just yet, there are a few alarm bells here.

James Harmes (4 CBAs; -27% CBA diff) | 62 AFL Fantasy points
James Harmes saw his lowest CBA attendance numbers since returning from injury in Round 8. Since his return, Harmes had attended 62.4% of Melbourne’s centre bounces but only attended 18% on the weekend. The return of Jack Viney has hurt Harmes, as his CBA percentage has dipped to 33.3% with Viney in the team as opposed to an average of 69.5% without Viney. So it’s clear that Viney is having an impact on Harmes’ CBA numbers, and unfortunately, this is also having a negative effect on his fantasy scoring. He had his equal lowest fantasy score for the season (62 points) last Thursday, despite averaging 82.6 for the season. If this trend in CBA numbers is to continue, we may see his scoring dry up altogether.