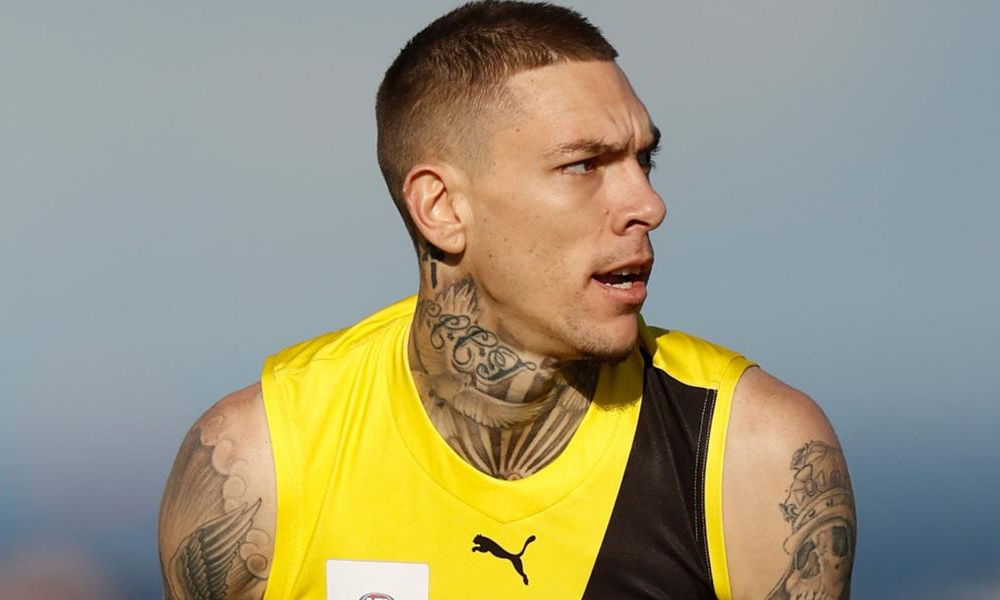 Analyze the CBAs from round 19 in our user-friendly table below – featuring advanced analytic tools to better measure the biggest changes to CBA numbers, both long term and week-to-week, and check out my risers and fallers to monitor in AFL Fantasy below.

Brent Daniels (15 CBAs, 79% attendance) | 79 AFL Fantasy points
Daniels saw a season high CBA percentage on the weekend playing against Essendon. With Coniglio and Greene out of the side, along with Taranto playing a lot less midfield time this week, Daniels was the player that received the bump. Will this continue though? Over the past three rounds he has seen a +11.2% rise in CBAs when compared to his season average, but last weeks effort was a +60.2% differential, which makes these numbers look a little outlandish. Looking at his scoring, he only had 79 AFL Fantasy points so depsite being given the opportunity, he wasn’t able to capitalize on the role he was given.

Matthew Parker (16 CBAs, 64% attendance) | 80 AFL Fantasy points
There were questions last week as to which player was to step into Dustin Martin’s role, and it looks like Matthew Parker is that man. This week we saw Matthew Parker start in the centre square and attend 64% of the centre bounces for the game. This was a 40% uptick in CBAs from Round 18, and his fantasy scoring reflected that. After scoring 68 points last week, he put up a respectable score of 80 which you’d take when you consider he’s listed as a forward. Hopefully he can continue this role over the final weeks of the season and put up some reasonable for his owners.

Harry Schoenberg (23 CBAs, 72% attendance) | 96 AFL Fantasy points
As much as I don’t want to talk about him, it would be remissent of me to neglect Harry from the article after his performance on the weekend. After scoring 113 against West Coast last week, he backed it up with a score of 96 against Hawthorn in Round 19. Despite scoring slightly less this week, his CBA numbers were the real talking point. He attended 72% of the centre bounces for the Crows, which was +20% more than his previous highest attendance rate this season and +40.4% up on his season average. If this continues, he should be provided with plenty of opportunities to score but I wonder how many points there are to go around at the Crows. With Keays and Laird in the side, and Matt Crouch potentially returning, this could be short lived. Long term, I don’t think he’s going to be a massive scorer but he definitely could be a solid contributor to your keeper league sides.

Matthew Kennedy (10 CBAs; -50% CBA diff) | 69 AFL Fantasy points
Matthew Kennedy recorded his lowest CBA% since returning to Carlton’s side in Round 14. Over the previous three rounds he was averaging an attendance rate of 65% for Carlton, but only attended 30% of centre bounces against North Melbourne on Sunday. As a result, we saw his fantasy scoring drop too, recording his second lowest score of the season; a measly 44 AFL Fantasy points. Watching the game, it’s no wonder he scored so poorly. Carlton were dominated by North Melbourne and could not get their hands on the footy. Kennedy’s absence from the centre square did him and his team no favours, which played a part in Carlton getting thrashed by the team on the bottom of the ladder.

Tim Taranto (2 CBAs, -34% CBA diff) | 67 AFL Fantasy points
This was a strange turn of events. GWS were up against another finals contender so you’d assume Leon Cameron would have wanted his best onballer at majority of the centre bounces, but here we are. Taranto attended a ludicrosly low 2 centre bounces for the entire match, which is down -41.1% on his overall season average. Over the past three rounds we have seen a -14.4% decline of appearances in the centre square for Taranto, so there could be a trend forming here. GWS successfully deployed Lachie Ash into the midfield to run with Darcy Parish in Round 19, and Brent Daniels was another who performed well in the middle, pushing Taranto into a forward role. Probably the most concerning thing was GWS won the game when they probably weren’t expected to, so this could be a worrying sign for the future of Taranto’s midfield role.