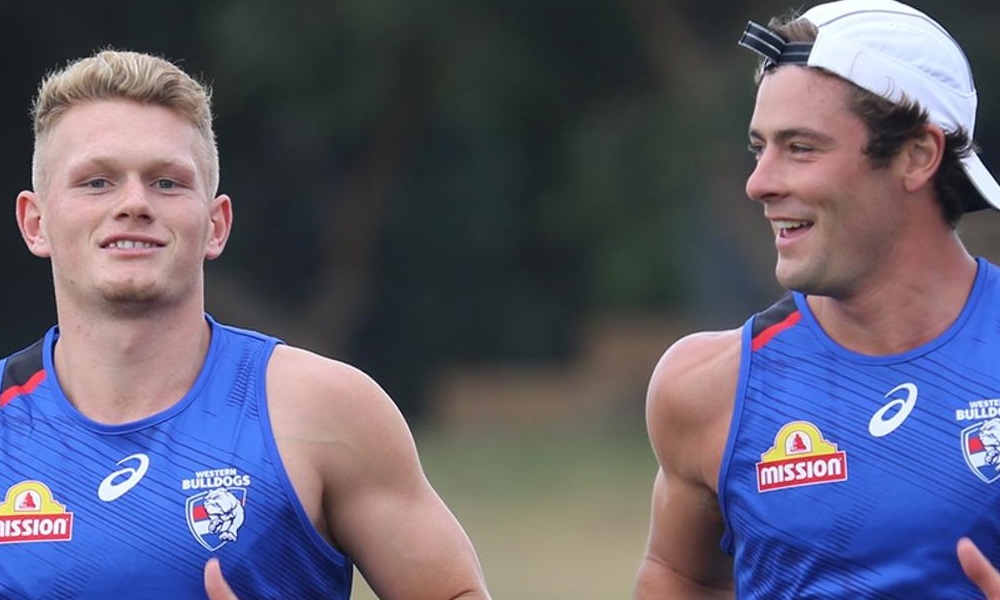 Analyse the CBAs from round 2 in the user-friendly table below and check out my five risers and fallers to monitor in AFL Fantasy.

Zilliams’ Blues debut was received fairly poorly by the fantasy community; 63 AFL Fantasy points will do that. However, despite the modest first game numbers, the new number six should still make the former, longer sleeved number six proud in the long-run. Williams had a team-high 10 clearances (Cripps and Walsh were equal second-best with five apiece), 14 contested possessions and finished third for metres gained. If we cast our memories back to 2019 – when Z-Dubs was at G-Dubs – Williams was a prolific scorer in his small window of opportunity as a midfielder. In four games with 12 or more CBAs late in the 2019 season, he averaged 113 AFL Fantasy points.

Cameron Ling, Ryan Crowley, Matt de Boer… Mark O’Connor?? The 24-year-old Irishman was unleashed in the guts as a run-with tagger to shut down the reigning Brownlow Medalist, Lachie Neale – to astonishing success. Neale had 3 disposals to half-time and finished with just 51 AFL Fantasy points as he felt the full brunt of the MO’C lock. Taggers were used more across the round, with O’Connor joined by Shaun Burgoyne (Dusty), Matt de Boer (Mundy), and Jackson Nelson (Bontempelli) in the top 10 biggest CBA movers in round 2. O’Connor isn’t here because he’s a super tempting fantasy option, but if you’re coming up against him – or other potential pesky taggers – keep it in mind for your captaincy options going forward.

A great pick in both your keeper and Classic sides in 2021, Warner has exploded on the scene as a forward-eligible midfield option. The Keeper League community is perhaps not surprised by Warner’s fantasy output – he averaged 107.1 AFL Fantasy points in WAFL Colts – but the sudden trust, game time and CBAs provided by BoJack is a huge surprise. Perhaps the only coach that thought playing a future Brownlow Medalist in the NEAFL was a good idea, this old Horse has learned some new tricks and is entrusting his youngsters with significant roles. The 19-year-old was dealt a healthy hand of midfield time against Adelaide and appears set to dip his toes into CBA waters throughout 2021.

An under the radar CBA slider, given his monstrous round 2 fantasy score, was Josh Dunkley’s drop at the hands of his best mate, Adam Treloar. Dunkley attended 23% fewer centre bounces than round 1, while Treloar jumped up 18%. Perhaps the scariest stat, however, is that when the game was on the line in the final quarter, Dunkley attended the opening centre bounce and was not sighted in the centre square again. Treloar, on the other hand, attended eight of a possible eight centre bounces in the crucial fourth quarter. The concern for Dunkley owners? Treloar only recorded nine total CBAs for the game. Could this be the changing of the guard we flagged on the POD POD? The hottest fire take would be to sell Dunkley now before the mid-time dwindles*. The reality is, we don’t know if the Dogs can continue this manic fantasy-friendly, dominant disposal game style for the season; but while they do, Dunkley’s slight midfield dip might not matter.

*Please Note: I wouldn’t do that – it is the “hottest fire take”.

The resurgence of Seb Ross (16 CBAs), the return of Zak Jones (8 CBAs), and the impending return of Brad Crouch this week may spell an end to Clark’s early inside midfield role of 2021. After 24 disposals, six clearances and 91 AFL Fantasy points in round 1, Clark moved down the pecking order in both CBAs and time on ground (a low 72% TOG) in round 2. With co-captain Jack Steele and ‘Diet Coke Zorko’ (Jade Gresham) firmly entrenched in the engine room, Clark will have to fight among the remaining midfielders for a taste of midfield magic.