CBA Analysis - Round 20 - The Keeper League 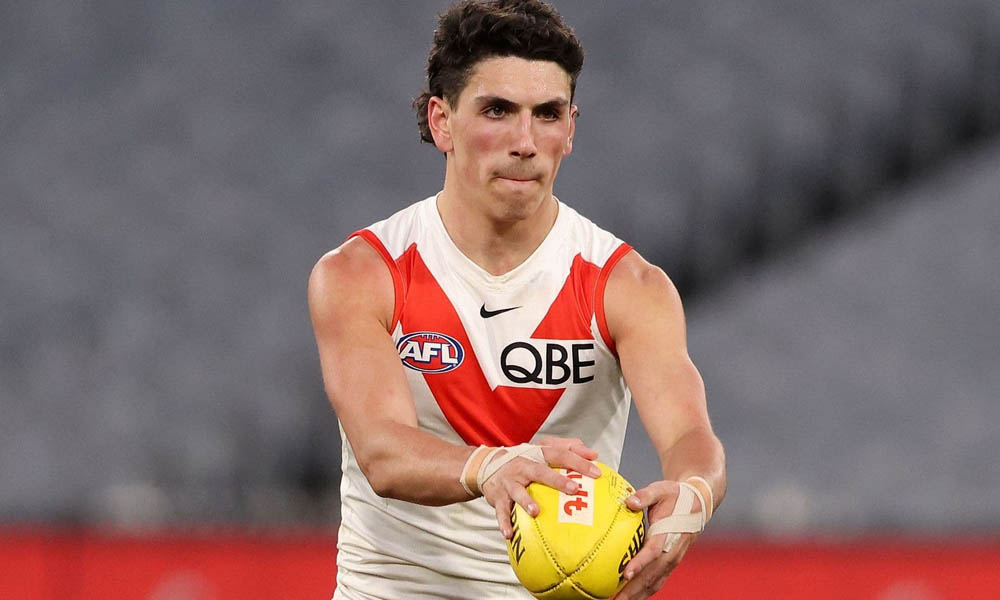 Analyze the CBAs from round 20 in our user-friendly table below – featuring advanced analytic tools to better measure the biggest changes to CBA numbers, both long term and week-to-week, and check out my risers and fallers to monitor in AFL Fantasy below.

Justin McInerney (21 CBAs, 57% attendance) | 101 AFL Fantasy points
This guy is impressing us more and more each week. After shifting to a half-back role from a wing earlier in the year, he’s seen a big uptick in scoring. He played the first half of the game this week in defence, as per usual, but then John Longmire unexpectedly threw him into the midfield and he did not disappoint. Prior to this game, McInerney had attended less than 1% of centre bounces for Sydney this season. On Sunday he attended 57% of the centre bounces for the game and scored 101 AFL Fantasy points. Will this continue though? He only managed one centre clearance from 21 CBAs, but he did some impressive things from stoppages around the ground. Also, keep in mind that have seen a number of players roll through Sydney’s midfield this season. Players like Chad Warner, George Hewett and James Rowbottom have all seemed to play roles in the Sydney midfield but then have faded away a short time after, so it’s hard to tell who gets a midfield spot long term. However, McInerney has shown some great signs of becoming a decent fantasy scorer this season and should be on your radar if he’s available in your league.

Adam Cerra (14 CBAs, 88% attendance) | 138 AFL Fantasy points
I said on the podcast last week that Andrew Brayshaw was the player that scored best when Nat Fyfe was out. And whilst Andrew Brayshaw did put up a massive score on the weekend, we definitely saw a bump from Adam Cerra. On Sunday he attended 88% of the centre bounces for Fremantle and put up a whopping 138 points. Prior to Round 20, Cerra’s previous highest CBA% came in Round 15, where he attended 70% of centre bounces, but this was also a game that Fyfe missed. In the past few weeks, we’ve seen him used more in an outside role but with Fyfe out for the remainder of the season, you would assume these CBA numbers will continue for the rest of the season. Adam Cerra remains unsigned at Fremantle and could find himself at a new club in 2022. Hopefully, he treats the final three rounds as an audition for his suitors and puts up some big numbers for fantasy coaches in this role.

Jack Silvagni (20 CBAs, 63% attendance) | 126 AFL Fantasy points
Last week we talked about Jack Silvagni’s backup ruck role and discussed the possibility of it continuing for the remainder of the season. Well, things got real when Tom De Koning left the ground with a pectoral injury in the second quarter and Jack Silvagni was thrown into Carlton’s number one ruck role. Whilst he didn’t win too many hit-outs rucking against Rowan Marshall, he was allowed to simply contest in the ruck and then play as an extra midfielder which resulted in a juicy score of 126 AFL Fantasy points. There has been some news since that De Koning has been cleared of any muscle damage and could play this weekend, so we might not see the scoring bump we may have expected after Friday night. However, Silvagni played the backup ruck role the week prior and scored 106 points, so he may not need the number one spot to be a handy scorer. Regardless of whether De Koning plays this week or not, I think Silvagni is a player that could put up a big score in a final to help get your team over the line in a tight matchup.

Shai Bolton (2 CBAs; -63% CBA diff) | 49 AFL Fantasy points
Last week we heard Damien Hardwick talk about Dion Prestia’s return and how it would impact Shai Bolton’s role. He said his preferred role for Shai was up forward and was only used in the midfield when Prestia was out. This would have made many fantasy coaches nervous and I don’t think they feel any better after seeing the game on Sunday. In fact, I think they all feel much, much worse. Bolton saw a 63% decrease in centre bounce attendances and only put up a measly score of 49 points while Prestia scored a tonne in the midfield. Long term, I think Bolton will be fine and he’ll find himself back in the midfield eventually, but we might see him up forward for the next few weeks which is poor timing with fantasy finals now in full swing.

Max Gawn (16 CBAs; -26% CBA diff) | 109 AFL Fantasy points
There has been talk this year of Max Gawn and how Melbourne are going to develop Luke Jackson when playing both in the same team. One the weekend, we saw a glimpse into the future and it wasn’t at all that bad. Coming up against a favourable ruck matchup in Zac Smith and Chris Burgess at Gold Coast, Melbourne took the opportunity to play Gawn up forward more and increase Jackson’s time in the ruck. As a result, Max Gawn’s CBAs decreased by 26% and Luke Jackson’s numbers rose by the exact same number. However, Gawn still managed to score 109 points, whilst Luke Jackson put up a very respectable 95 points. I think we’ll see more of this in the future where the two rotate between ruck and forward and I don’t think it will be that bad for Gawn owners. Whilst his ceiling might not be a high as it once was, he showed on the weekend that he can put still put up a respectable score playing less ruck time. And if he somehow manages to play forward enough to get forward status one day, I don’t think there will be too many coaches complaining about that.