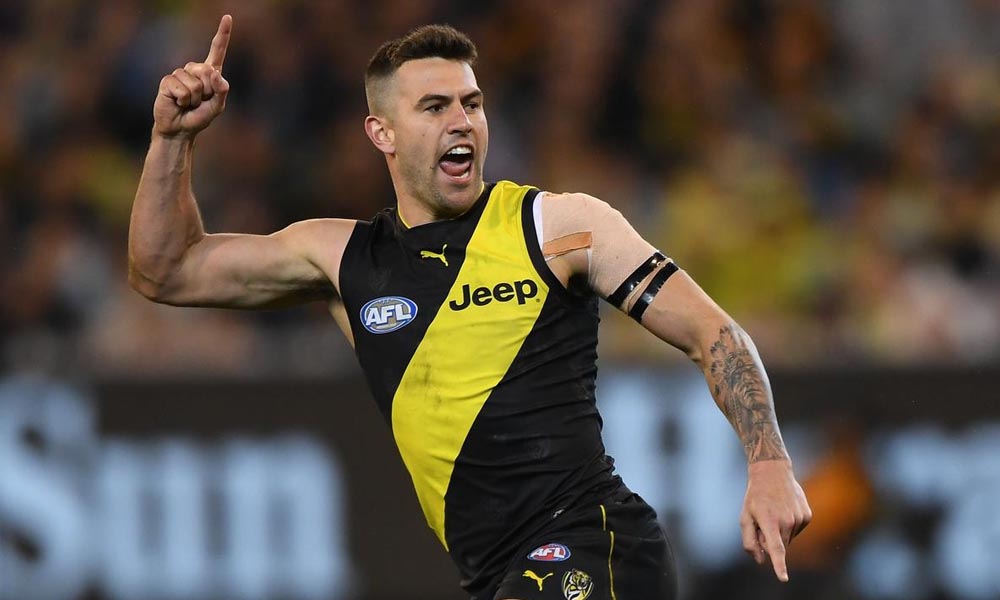 Analyze the CBAs from round 21 in our user-friendly table below – featuring advanced analytic tools to better measure the biggest changes to CBA numbers, both long term and week-to-week, and check out my risers and fallers to monitor in AFL Fantasy below.

Tom Papley (15 CBAs, 54% attendance) | 74 AFL Fantasy points
Papley is in good form at the minute, scoring over 70 AFL Fantasy points in his last 5 outings. Traditionally used as a forward, he attended 54% of Sydney’s centre bounces on the weekend. This was rather unusual, as he has only been used at centre bounces in 5 games this year, and had never attended more than 7% of the total centre bounces for Sydney in a single game. On Saturday he saw a 54% increase in his CBA numbers, but it did not seem to boost his fantasy score. We have also seen a number of different players used in the midfield at Sydney over the past few weeks, so John Longmire could just be trying a few different things before finals. However, if Papley does continue in the midfield, he may find more opportunities to boost his fantasy scoring so he is worth watching closely.

Jack Graham (11 CBAs, 46% attendance) | 146 AFL Fantasy points
One of our listeners pointed out that Jack Graham had not been starting at many centre bounces in recent times (thanks Mitchell!). It has been noted that Graham has been starting in the forward line and moving into the midfield throughout the game. As we all know, starting positions are factored into DPP changes for the following year, so there is a chance he gains forward status next season. However, Graham attended 46% of Richmond’s centre bounces on Saturday which was his highest attendance rate since Round 3. The increased CBA numbers led to a bump in fantasy scoring this week, recording a career-high score of 146 AFL Fantasy points. It will be bitter-sweet for owners if these CBA numbers continue for the remainder of the season, as we should see a scoring bump from Graham, but it’ll probably end the chance of DPP status in 2022.

Jarrod Berry (23 CBAs, 79% attendance) | 63 AFL Fantasy points
Berry attended 79% of centre bounces for Brisbane on the weekend, which was a +46.9% differential on his season average of 32.1%. I must admit, I didn’t get a chance to see much of this game but reports tell me he was used as a tagger, playing on Andrew Brayshaw. We have seen a scoring regression from Berry this season, but this is partly to do with injury. Playing a few tagging roles might not be the worst thing for Berry, as he can still play a role for Brisbane while he builds up his fitness. Whilst 2021 might be a write-off, if he can get involved as a tagger (and perhaps put up some good scores as a result, like Kayne Turner and Mark O’Connor have this season) it will probably hold him in good stead for 2022 – I still have hope for Jarrod Berry.

Bailey Smith (10 CBAs; -49% CBA diff.) | 82 AFL Fantasy points
Adam Treloar returned on the weekend, and this means Bailey Smith was the player to get Bevo’d. Smith was averaging 114 from his last 3 coming into this game but was pushed out of the midfield mix, seeing his CBA numbers drop by 49% compared to last weeks numbers. But should you be worried if you own him? In the classic format, there’s probably some cause for concern as it adds unpredictability to his scoring on a week-to-week basis. Knowing Luke Beverage, he’ll throw him back into the midfield mix this weekend and put up a big score just after you have traded him out. From a keeper league perspective, the kid is obviously going to be a gun so you’ll just have to get used to these scoring fluctuations while he climbs the midfield depth chart at Western Bulldogs.

Zac Bailey (2 CBAs; -23% CBA diff.) | 90 AFL Fantasy points
Zac Bailey saw his lowest centre bounce attendance rate for the season on Sunday. He only attended two for the entire game which is down from his average of 28.4 for the year. However, I don’t think it matters too much for a player like Zac Bailey. He’s one of those guys who doesn’t see too much of a scoring bump when he does go into the midfield, and when he plays up forward he usually manages to get amongst the goals which negates the points lost from playing in the middle. So while his CBA numbers were down on the week, I don’t think it’s worth worrying about.