CBA Analysis - Round 5 - The Keeper League 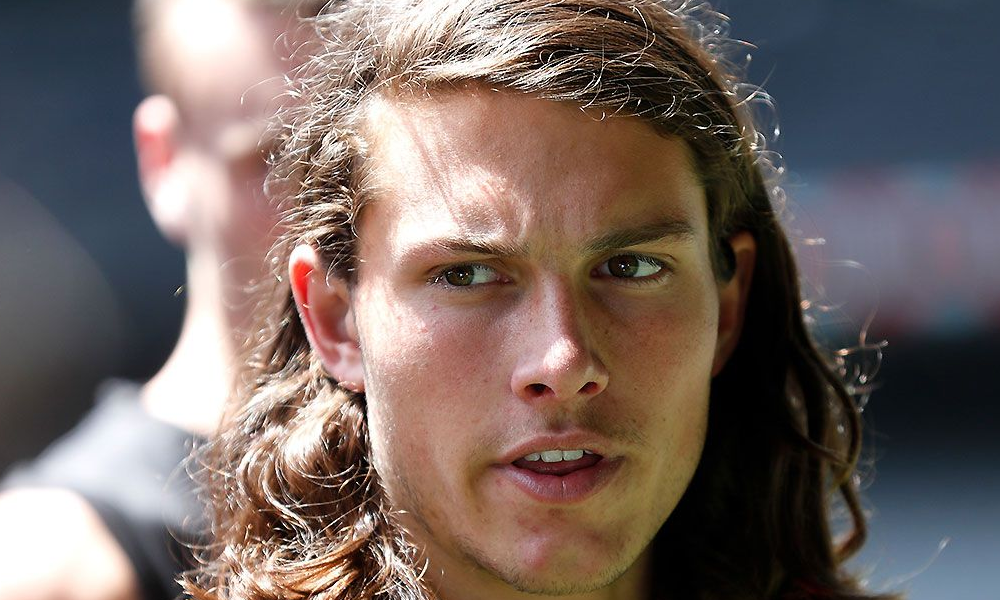 Analyse the CBAs from round 5 in the NEW LOOK user-friendly table below – featuring advanced analytic tools at your disposal to better measure the biggest changes, both seasonally and week-to-week – and check out my five risers and fallers to monitor in AFL Fantasy.

Playing in just his third AFL game, brand new Bomber Archie Perkins managed the promising double upgrade of both CBAs and time on ground (TOG) in round 5. Previously having TOG in the mere 60s, Perkins managed a stellar 81% TOG while receiving season-high CBAs. It’s possible Rutten utilised the shellacking at the hands of the Lions to turn a negative result into a positive learning experience for the 19-year-old. However, Perkins did manage a team-high six score involvements, finished equal-second for inside 50s, third for metres gained, and was just one of a handful of Bombers with 20+ disposals. Don’t shirk the Perk – he’s an option.

After becoming a Dual Position Player (DPP) in the AFL Fantasy format (adding FWD status), Darcy moved back into his traditional ruck role with Meek relegated to the two’s. At just 22-years-old it seems like Darcy has been around forever, with fantasy coaches holding onto a distant memory of unlimited potential. Bursting on the scene back in 2017, the then-teenager averaged an unheard of (for a ruckman) 83.6 AFL Fantasy points in his rookie season. Since then, he has decreased his average every year, with untimely injuries and Mrs Mac’s holding him back. Darcy looks to be on a vengeance tour in 2021, plucking strong grabs as a forward, looking impressively agile around the ground, and using his stronger, less puppy-fattish frame to wear down opponents.

What a name to live up to in the fantasy community! Nevertheless, Jackson’s brother from another mother certainly resembled his fantasy God-like counterpart in both appearance and footy smarts. The 19-year-old worked his way into great positions and started to find the pill at will when given the opportunity late. Fin was more comfortable in and around the footy – getting exposed to more inside midfield time as the game progressed – and really found his groove in the fourth quarter. He attended five of seven centre bounces in the final term, notching up 12 disposals and 32 AFL Fantasy points. It’s time another Macrae feels the warm embrace of the fantasy community.

Patrick Dangerfield and Brandon Parfitt’s return from injury in round 5 left Selwood lacking in the CBA department. We can presume Jelwood’s centre bounce usage will be volatile across 2021 given the Cats will want their 32-year-old skipper primed for finals footy – so be ready for a bumpy ride. However, owners can breathe a sigh of relief for the short term; Dangerfield’s new injury should again see Selwood adorning his finest head tape to stem the bleeding of the doubtless noggin nick he’ll cop from another stint of inside bash and crash at the centre bounce.

The second time Kelly has made this article as a faller – but the first time it’ll be with some positive vibes! Forward status was awarded to Kelly in AFL Fantasy Classic and any draft or keeper leagues that have DPPs switched on. An amazing result for panicking owners who would have been expecting more than the 87 average that sits next to his once-formidable fantasy name. Playing much more high half-forward in 2021, Kelly mustn’t have got the memo from one-time midfielder Toby Greene that playing well up there won’t bode well for your fantasy ceiling. Instead, Kelly snagged the match-winning goal in round 5, all but ensuring Leon justifies his ingenious fantasy killing move. WAIT! I said positive vibes… DPP!