CBA Analysis - Round 6 - The Keeper League 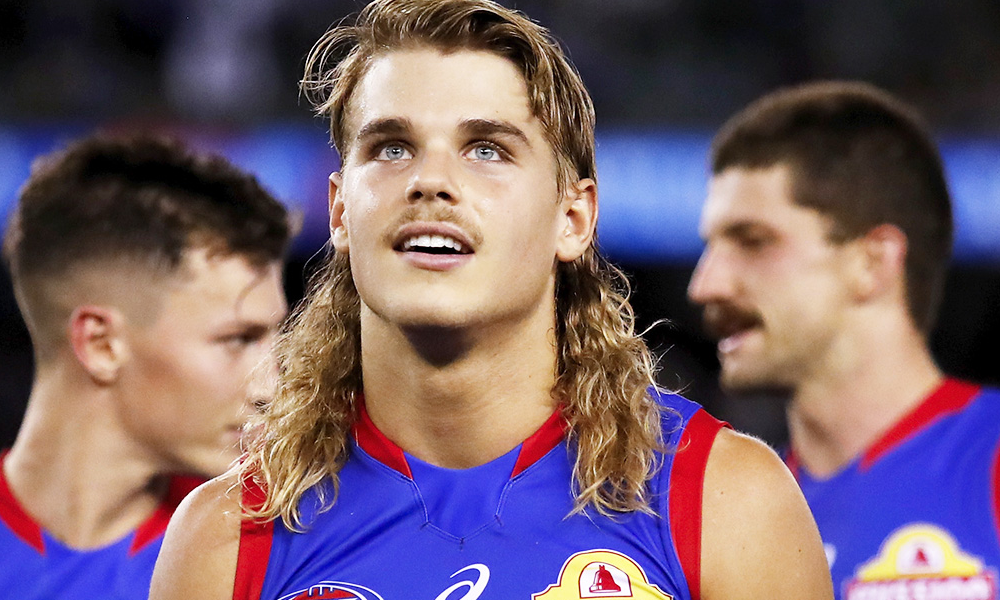 Analyse the CBAs from round 6 in our user-friendly table below – featuring advanced analytic tools to better measure the biggest changes, both seasonally and week-to-week – and check out my five risers and fallers to monitor in AFL Fantasy.

Just when salary cappers and keeper coaches alike breathed a sigh of relief – thinking we’d found some fieldable rookie gems – a certain Sidebottom took a big ol fart on our plans. Finlay Macrae (4 CBAs) and Jay Rantall (0) were not a part of Bucks’ Anzac Day midfield plans; opting for a veteran-heavy lineup in an attempt to stave off finals extinction. Steele Sidebottom (+55%), Josh Daicos (+25%) and a random cameo from Josh Thomas (+55%) was the preferred midfield mix for round 6, with Fin Macrae (-21%) and Jack Crisp (-23%) the big CBA losers from the Pies midfield shake-up. Watch this space; De Goey’s return should again rattle the CBA cage at Collingwood.

Seb Ross has hokey poked his CBA numbers in 2021 in synchrony with the constant ins, outs and back-ins of the Saints rotating injury list and in-form players. A fantasy jet just a few years ago, Ross is surprisingly still just 27-years-old. Could there still be hope for a Ross-urgance? The Saints were spanked by Port and Ratten will surely be shuffling the magnets to turn things around. But will that involve sacrificing Seb – who amassed 31 disposals, eight marks, 10 tackles, 13 contested possessions, six clearances and 511 metres gained; all team-highs? I doubt it.

A grand total of three centre bounces doesn’t usually earn a spot in the “risers” section of this article. However, according to Fantasy Freako, Smith attended all three of these centre bounces when Dunkley went down injured; his first recorded CBAs for season 2021. Dunkley has attended 47.3% of the Western Bulldogs Centre Bounces this year, which, excluding ruckman, sits him fourth in the Dogs pecking order. That’s a lot of midfield minutes going to someone, and logic says that person is the mulleted stud. Whilst Smith has sacrificed his game thus far to accommodate Dunkley, Treloar and Libba, the 20-year-old attended 62% of the Dogs CBAs in 2020 and should feel right at home moving back into that role. And if it’s not Smith… LIPINSKI SZN!

A perfect example of where a dip in CBAs did not correlate with a dip in fantasy output. With the emergence of Chad Warner, the return of James Rowbottom, and the lack of Dane Rampe; Callum Mills, at times, found himself mopping up in the defensive 50 instead of in at the coalface. If anything, the fact Mills was moved to defence when the Swans were struggling should be seen as a positive. Mills was still able to play enough midfield to get the hugs we want for those +4s, yet also sneak down back for some Ziebell’s (the new term for +6s).

A couple of feel-good fallers this week, both with mammoth scores despite dropping their centre bounce attendances. The strange one in the Walsh story is who he sacrificed them for. Surely it was Liam Stocker, right? The player Carlton drafted as an inside midfielder who just notched up 38 disposals, 13 marks, 8 tackles and a goal playing in the VFL last week? Nope! Good ol’ Training Wheels injected David Cunningham (14 CBAs; +45%; 52 AFL Fantasy) into the guts in a Josh Thomas-y display of coaching prowess. Expect a few more changes in the coming weeks as the Blues look for the right mix alongside Cripps, Walsh, Williams and Curnow.

…I WANT HIM IN MY TEAAA- sorry.