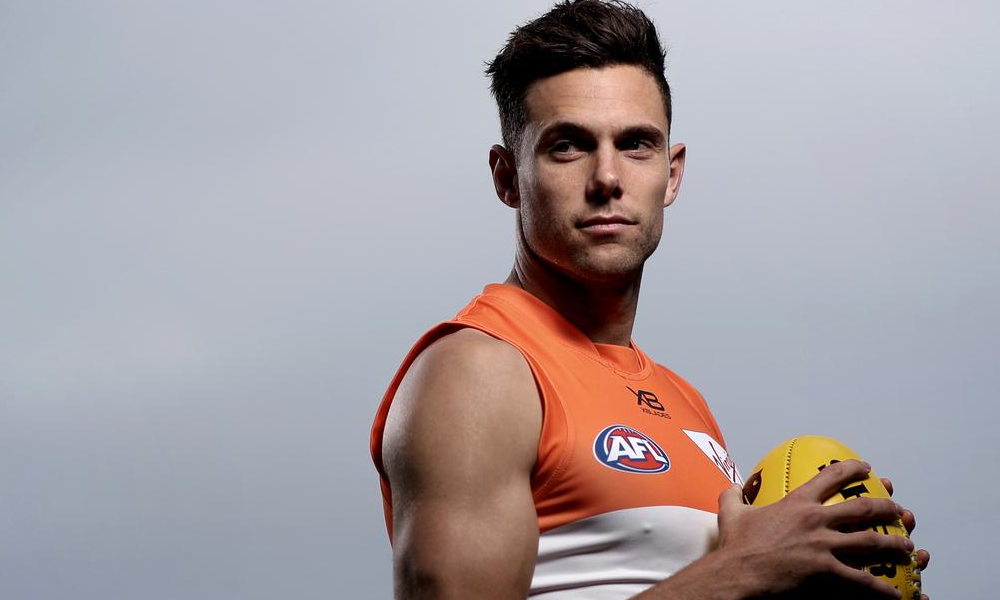 Analyse the CBAs from round 8 in our user-friendly table below – featuring advanced analytic tools to better measure the biggest changes, both seasonally and week-to-week – and check out my five risers and fallers to monitor in AFL Fantasy.

Kelly finally found his way back into the centre bounce rotation this week – in a big way! The 26-year-old was the leading centre bounce attendee for the GIANTS, amassing 30 disposals, nine score involvements, seven clearances and, most importantly, 105 AFL Fantasy points. Kelly received eight coaches votes for his performance – a good sign that Leon was pleased in Kelly’s return to the inside, after attending an average of just 21.9% of CBAs this season.

It’s been a slow build-up for Jones in 2021. After returning from a hamstring injury sustained in the pre-season, Jones returned to the Saints lineup in round 2 but played limited time on ground (TOG). In fact, he’s only played over 70% TOG in three of his six matches in 2021; averaging 119.7 AFL Fantasy points in those three games. As with his TOG, Jones’ CBAs have seen a rise in recent weeks. After having an average CBA attendance rate of 48.5% for the season, Jones eclipsed this by 35.5% in round 8 – a promising sign of things to come.

Harmes returned from a broken wrist to be one of the Dees prime movers in the midfield in round 8. After a failed role change in defence last season, the 25-year-old found himself back in the guts and was third behind Clayton Oliver and Christian Petracca for CBAs. In just his second game for the season, Harmes racked up 31 disposals, seven tackles and five clearances to ensure Goodwin keeps him well and truly in the engine room. Jack Viney’s return in the coming weeks is a huge concern for Harmes’ heavy midfield attendance and thus ceiling, however, he’ll get a taste of the action – and as a defender eligible player, that’s enough to make him relevant.

Another week, another Pie. The CBA shuffle continued again this week, with De Goey moving deep into the goal square to provide a target during Collingwood’s must-win game against the Roos. He was outstanding in the role, gathering 17 disposals and kicking six snags. De Goey owners shouldn’t get too excited – this was North Melbourne… and Aidan Bonar marking him. Far more interesting than JDG, will be the continuing cycle of centre bounce attendees for the remainder of Bucks reign. In round 8 the big winners were Crisp (+89%) and Sidebottom (+32%), with the big losers – aside from De Goey (if we’re calling him a loser despite his six-goal fantasy ton) – were Thomas (-48%), Pendles (-45%) and Daicos (-45%).

Dusty returned from his KO to slot straight back into the CBA mix – notching 22 CBAs – whilst Pickett, Edwards (pre-injury), Graham and Bolton picked up the slack of their injured skipper. Meanwhile, second gamer RCD suffered the CBA fall. Despite many predicting a rise in CBAs, Collier-Dawkins was one of the casualties of a new-look setup against the rampaging Cats. The CBA dip didn’t hurt the 21-year-old’s scoring clip, notching one extra fantasy point in a varied role. With injuries to Edwards (21 CBAs) and Bolton (19 CBAs), one would assume RCD gets a more prominent inside role again and perhaps even an uptick in TOG. Keeper and salary cap coaches alike will be watching closely to see if he can take full advantage of the opportunity.