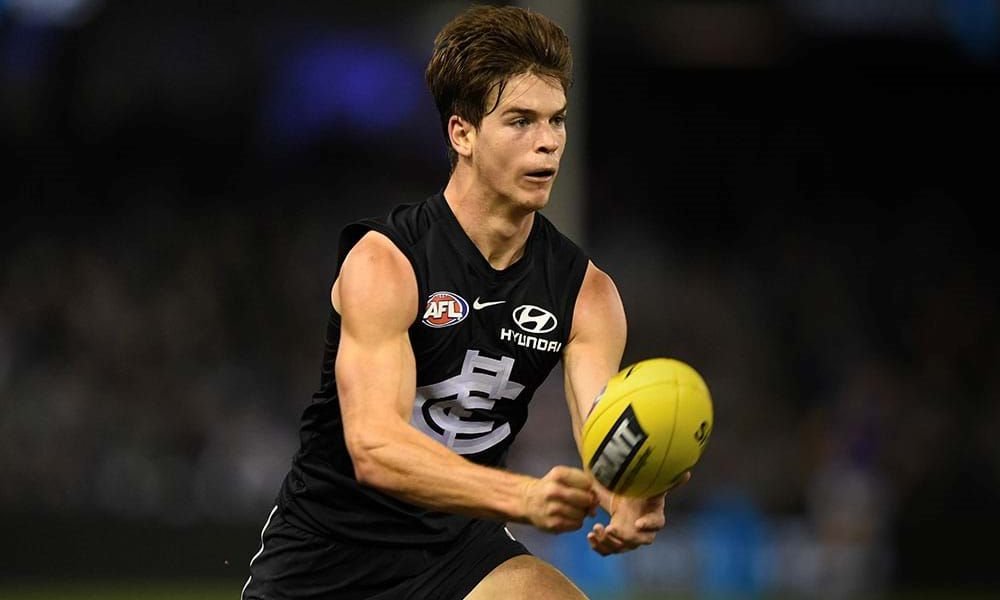 Delving deep into the CBAs has become somewhat of an obsession of mine even before the folks at Champion Data were kind enough to let us peek behind the curtain at some of their glorious goods.

CBAs are a statistic that measure the amount of times a player is present at a centre bounce at the beginning of a quarter or following a goal – with high CBA numbers thus corresponding with high midfield usage and – in most cases – high fantasy output.

We’ve read every article, watched every snippet of time trial footage, stalked potential breakout players Instagram pages for signs of an extra ab muscle and hung on every word Bevo and Horse muttered during the pre-season. But nothing compares to seeing with our own two eyes which of our keepers or potential re-draft picks are getting CBAs in a good old fashioned AAMI/JLT/MARSH/NAB/ANSETT CUP hitout!

The AAMI Community Series was a great opportunity for us keeper coaches to identify some potential new midfield candidates for 2021 and for seasons to come, as we try to gauge the mindset of the most mysterious and secretive creature on planet earth; the AFL coach.

So enjoy spend countless hours sorting through the stats yourself, then take a look at a few that peaked my interest for your keeper leagues:

Had to start on Paddy Dow for the brand. The fantasy score wasn’t there, but everything other part of his game was sound. Sporting a far stronger frame in 2021, Dow appears ready to utilise his newfound strength around stoppage to apply pressure and use his explosive speed with ball in hand to win clearances. Dow was among the Blues best for pressure acts, score involvements, and clearances. Available as a forward in 2021, he’s worthy of a spot on your list as a potential breakout candidate.

We know Stewie Dew loves his Nando’s, and this Nando is no exception. The Suns coach has repeatedly announced his intentions to upgrade his Nando to extra hot peri peri by adding some CBAs to the mix in 2021. Whilst Anderson’s teammate Will Brodie similarly has plenty of keeper coaches excited (105 points at 1.09 PPM in the AAMI!), Anderson’s job – and CBA – security is far, far greater. In four games where Noah attended seven or more CBAs in 2020, he averaged an adjusted 85.6 AFL Fantasy points.

Gresham is a sneaky under-the-radar pickup in keeper leagues for 2021. Losing forward status heading into 2021, it’s easy to write off the feisty 177cm Saint. After a disastrous, injury-affected Coronaball campaign, the 23-year-old looks set to have a second crack at a juicy inside role. His 16 CBAs and 59 AFL Fantasy points in the AAMI Community Series came from just 60% time on ground. Gresham has looked Zorko-esque at times playing on the inside and possesses the all-important unmeasurable metric: “Observable Thirst”.

LDU gave us a glimpse of his tantalising potential with a plethora of elite touches and smooth-moving composure. Yes, Jed Anderson, Cunnington, Dumont and Polec won’t miss every game this season, but Davies-Uniacke’s CBAs are here to stay. LDU’s development is key to the future success of the young Roos midfield and he will be given every opportunity by Noble to develop in the role. His somewhat modest 74 AFL Fantasy points in 73% time on ground (0.78PPM) kept his hype on the down-low, which may give you a chance to snap him up and enjoy a 10 year hold.

Caldwell, unlike his fellow midfield-minute seeking GWS counterpart this offseason, chose the right team to notch up immediate CBAs. The Dons are clearly keen to inject Caldwell straight into the guts and it showed in the AAMI, as the 20-year-old attended 12 CBAs in just 67% time on ground. Time will tell where Caldwell sits in the pecking order within the Bombers midfield for season 2021, but early signs suggest he’ll get enough CBAs to make him a genuine, potentially potent scoring option with his forward status. Long term, Caldwell’s early eye-test and PPM numbers (0.87 in the AAMI) suggest he could be similarly valuable as a mid-only option beyond 2021.