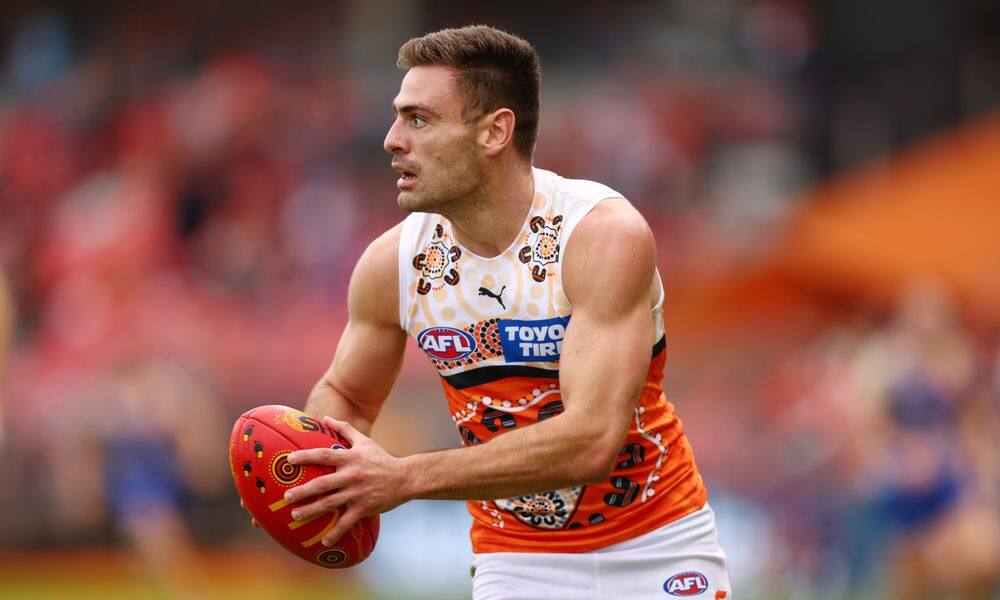 After weeks of playing up forward, this guy was well and truly back in the guts in round 10.

Against West Coast, Coniglio attended 59% of the centre bounces for GWS, which was his equal highest attendance rate and the most since round 1. As a result, he scored 120 AFL Fantasy points – his highest score for the year.

However, there were a few factors that went in his favour. Firstly, Tim Taranto and Lachie Ash weren’t playing so who knows how this will affect his midfield time going forward. Also, they played against West Coast so it would have been a good opportunity for the new coach Mark McVeigh to try a few things.

It could be good news for owners (if you don’t mind the prospect of Coniglio losing forward status in future), but we’ll have to wait and see what happens in a full-strength line-up.

I wrote this guy off a few weeks ago after his dismal job playing on Patrick Cripps.

But in the past fortnight, he’s been afforded the right to play his natural game in the Crows’ midfield and put up some reasonable fantasy scores.

He’s averaged 67% of the centre bounce attendances for the Crows in his last three games and has put up AFL Fantasy scores of 67, 98 and 91. So it’s clear that playing in the midfield suits his natural game.

However, it feels like Matt Crouch might be recalled in the coming weeks so I’m not sure how this affects him. With Berry also performing well, I think Hately might be the first to go from the midfield if Crouch comes in which might affect his scoring.

After only attending one CBA this season, Tom Atkins went to 6 centre bounces (29%) on Saturday against Port Adelaide.

He went in early to play some accountable roles on Port Adelaide players, mainly on Ollie Wines which was something I haven’t seen him do too much of in the past.

Throughout the game, he also played in defence throughout the match which he’s more accustomed to, but he put up a very handy score of 87 AFL Fantasy points as a result of his increased midfield time.

If he continues this role in the future, there might be some handy scores coming his way.

With Xerri back in the side this week, I think it’s important to take a look at how this affects Todd Goldstein.

Over the past three weeks whilst Xerri had been injured, Goldstein had taken over as the number one ruck for North Melbourne sharing the load with Callum Coleman-Jones. As a result, he bumped up his scoring, averaging 79 throughout this period as opposed to 50 in the games playing with Xerri in the side. This was obviously due to bumping up his CBAs to 63% from only averaging 40% prior to Xerri getting injured.

On the weekend, the ruck splits returned to basically the same as before Xerri got injured, with 58% of the CBAs going to Xerri and 42% going to Goldstein.

Whilst Goldstein still put up a handy score of 81 AFL Fantasy points on the weekend, I’d be a little concerned going forward as he may be hindered by Xerri’s presence.

For only the second time this year, Callan Ward did not attend a centre bounce.

We’ve been flagging Ward’s potential move to the half-back line for quite some time and it seemed like it came to fruition last weekend. He had averaged 40% of the CBAs for GWS prior to round 10 but found himself on a half-back flank and a wing on the weekend.

In terms of fantasy scoring, he ended up with 84 points playing in a less accountable role and it looked like it suited his game.

Also, if this move out of the midfield is permanent then it will probably pave the way for players like Josh Kelly, Tom Green and Toby Greene to be more impactful in the guts which should lead to their scores improving.