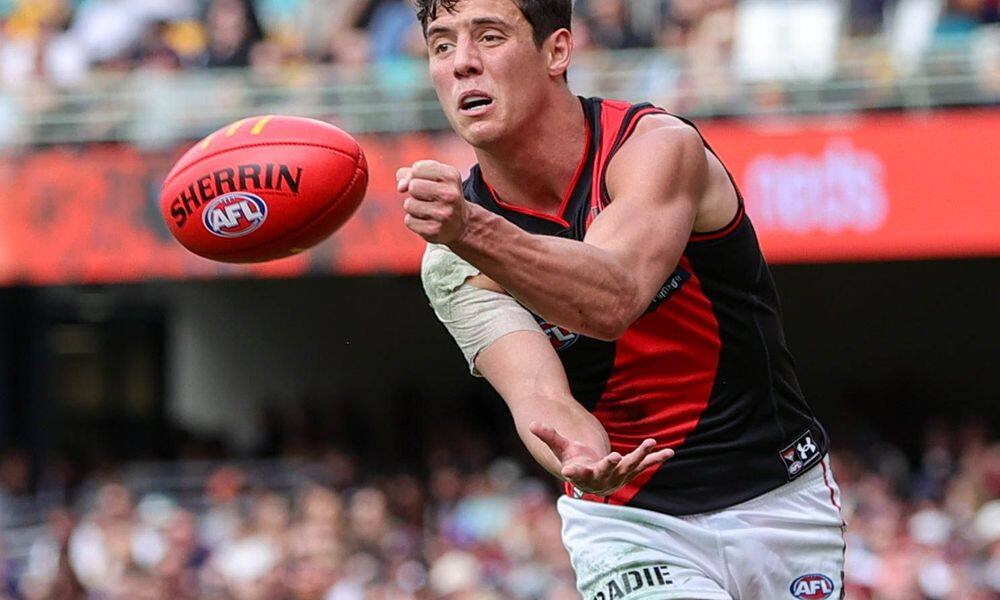 When Parish missed rounds 14 and 15 it left a gap in Essendon’s midfield.

During these weeks, Caldwell filled that gap and went to 57% and 56% of the centre bounces, when he’d only been averaging 29% of the CBAs throughout the three weeks prior.

He put up scores of 98 and 83 during this period, but it was obvious he was going to dip back down after Parish came back in. When Parish returned for round 16, Caldwell only received 23% of the CBAs and scored a measly 67 points.

But with Parish ruled out again on Sunday, Caldwell went to another level. He went to a massive 97% of the CBAs on the weekend and put up a career-high AFL Fantasy score of 112 points.

Given that Parish is expected to miss a month, we should expect to see Caldwell’s attendance numbers rise over this period.

Thinking long-term, there’s talk of Essendon wanting to trade out Dylan Shiel in the offseason to free up some cap room, which would hopefully lead to a more permanent bump for Caldwell.

So hopefully, we’re about to get a glimpse into the future for Caldwell.

At the start of the year when Dylan Moore was going off, I actually tagged Dylan Moore as a sell-high candidate.

As a smaller forward, he was a player who could easily be shut down once the opposition started taking him seriously. This was demonstrated in many of his early games where he would have big first quarters and then go missing afterwards. Then he went through a slump from rounds 9 to 13 where good scores were few and far between.

But I’ve changed my tune in the past few weeks and this has a lot to do with his centre bounce attendances.

In the two weeks prior to round 17, he began to attend a small number of centre bounces after not going to one the entire year. He attended 11% and 14% in rounds 15 and 16 respectively and increased his scoring after only averaging 72 over the previous five rounds.

If Dylan Moore can continue a roll like this over the final rounds of this season and into the future, the sky is the limit in terms of his fantasy scoring.

Since coming back in round 16, Gray had only averaged 6% of the centre bounces this season.

Given Gray is listed as a forward and has low ownership percentage, he could be considered a good waiver pick-up.

However, Zak Butters was missing last week and returned in round 17 but didn’t attend a single centre bounce. Over the next few weeks, you’d expect his CBA numbers to rise which could end Robbie Gray’s midfield opportunities.

Just as we saw Ned Reeves put up his first decent score of the season, Ben McEvoy returns and ruins everything.

Since returning from a shoulder injury and taking over from Max Lynch in round 12, Reeves was used as the number one ruck for Hawthorn.

Throughout this period he averaged a centre bounce attendance rate of 80% and averaged 68 points per game, which is serviceable for a young ruckman.

But in round 17, McEvoy returned and his attendance rate dropped to 48% and only score 53 AFL Fantasy for the game.

This could be due to coming up against a formidable ruck opponent in Reilly O’Brien and they needed two rucks to combat his influence, but it’s probably more likely we’ll see a share in ruck time between the two Hawthorn big men.

If this is the case, expect Ned Reeves’ scoring to drop for the time being.