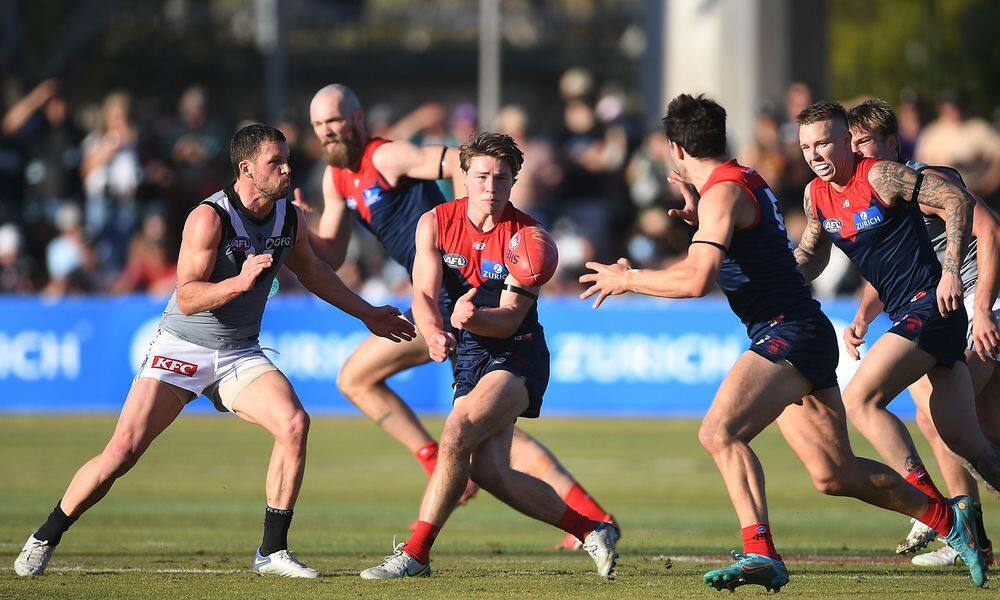 In Clayton Oliver’s absence, there was going to be a player that received a bump in CBA numbers, and that player was Tom Sparrow.

Will this continue? Probably not.

With Clayton Oliver only expected to miss one week, these numbers should come down next week but it does show us signs that Sparrow might be able to fill a midfield spot and become a good fantasy scorer if a player leaves Melbourne or gets injured in the future.

After spending a lot of time up forward this season, Lipinski was well and truly back in the midfield mix on Saturday.

After only heading to 34.6% of the centre bounces for Collingwood over the past three weeks, Lipinski went to 61% in round 18 which was his second-highest attendance rate of the season and 28% better than his season average of 33%.

We don’t need to speak too much about what we think of Lipinski, given that we wrote a song about him in the pre-season, but this goes to show that if he can get more midfield time he could be a fantasy jet.

In round 11 he attended a season-high 79% of the centre bounces and scored 112 points and the fantasy world thought Tom Mitchell was back.

He still put up decent CBA numbers in the following weeks but they have slowly diminished. On Sunday, he only went to 35% of the centre bounces for Hawthorn – his lowest attendance rate for the season.

The silver lining is that he still scored 96 AFL Fantasy points, but without the consistent CBA numbers, I can’t see him being that elite fantasy scorer he once was.

It seems clear that coach Sam Mitchell wants to explore other options as they continue along with their rebuild, so I’m not sure what the future looks like for Tom.

He was shopped around to clubs in the last trade period and hopefully, it happens again this year. If he can wind up at a new club in a full-time midfield role, I think he still has a few good years of fantasy scoring left in him but it won’t happen at Hawthorn.

After David Noble resigned during the week and Leigh Adams took over the reins, we saw a dip in Jed Anderson’s CBA numbers.

After scoring 142 last week and being used at almost 50% of the centre bounces, he dropped his attendance rate to 31% in round 18 with Tom Powell receiving a bump in the engine room.

To make matters worse, Jed Anderson’s TOG also dropped back to 69% after being over 80% in his last two matches.

Is this the work of a new coach? We’ll have to wait and see what happens long-term, but given that North Melbourne had a win on the weekend, I don’t think it bodes well for Jed Anderson and his owners.