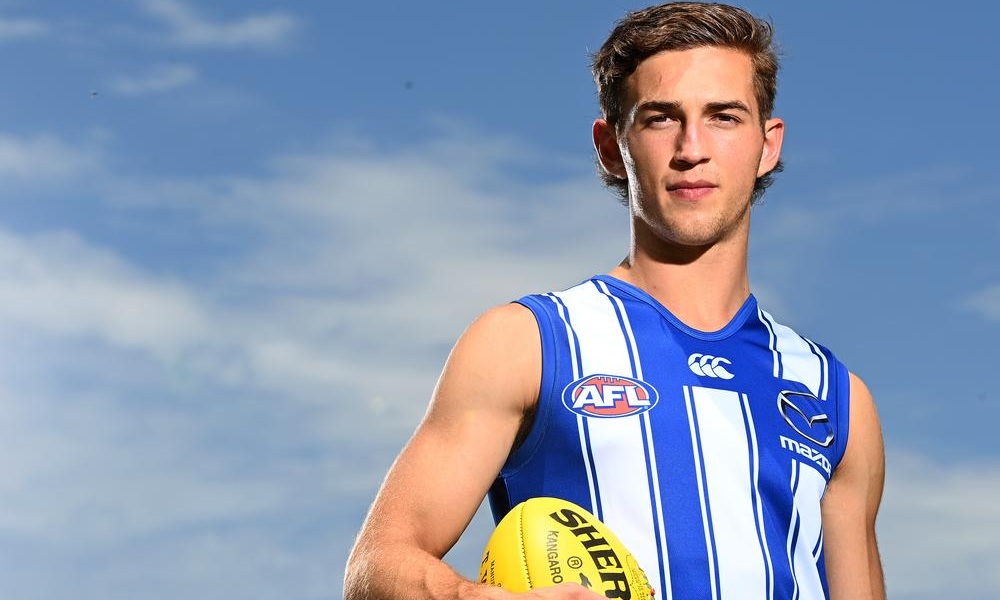 Secured with lock and key behind the four walls of Champion Data for years, the AFL Fantasy community demanded change and finally got their way in 2020 — the CBAs were set free!

Since then, CBAs – Centre Bounce Attendances – have exploded in popularity and are widely considered a key statistical indicator of a player’s AFL Fantasy potential.

As the name suggests, CBAs measure the number of times a player attends a centre bounce at the beginning of a quarter or following a goal.

While it doesn’t account for all stoppages around the ground – it’s the closest statistical representation we have to understand a player’s inside midfield time and hence their access to the most sought-after fantasy-friendly roles.

Let’s check out 12 of my favourite players with significant AFL Fantasy upside, should they get more CBAs in 2022.

Let’s get warmed up with some low hanging fruit and a bloke that didn’t even play in 2021 — CBA upside for days!

By all reports, Matt Crouch is thriving with the help of Chrissy Burgess’s long-lost cousin, Darren Burgess this pre-season. The 26-year-old was the Crows leading centre bounce attendee among midfielders in 2020, and, despite some added internal competition, should again be amongst the action in 2022.

Simply put, Crouch is a fantasy stud when healthy. Prior to his lost 2021 campaign, he averaged more than 104 AFL Fantasy points in each of his past four seasons.

Stuck behind a stacked Bulldogs midfield and a Bevo for his entire career, it was time for a new beginning in 2022 for Lippa.

After attending less than five per cent of the Bulldogs CBAs and playing just nine games last season, Lipinski arrives at the Pies with ambitions of playing an inside role.

From four games in the VFL in 2021, the 23-year-old averaged 34 disposals, four marks, four tackles, and 115 AFL Fantasy points playing a prominent inside midfield role and will get plenty of opportunities under Craig Macrae to prove his worth at the coal-face.

Following a knee injury in round 1 last year, the Suns’ phenom struggled to find his feet in his sophomore season. Rowell returned to play the final 11 games but looked like a completely different player.

Is it too much to expect Rowell to recapture the ludicrous form of that five-game rookie season sample?

Maybe. But with Hugh Greenwood gone (who attended 58% of the Suns CBAs last year), and coach Stewie Dew – along with the entire AFL world – backing in Rowell to bounce back this season, Rowell should be at just about every centre bounce in 2022. 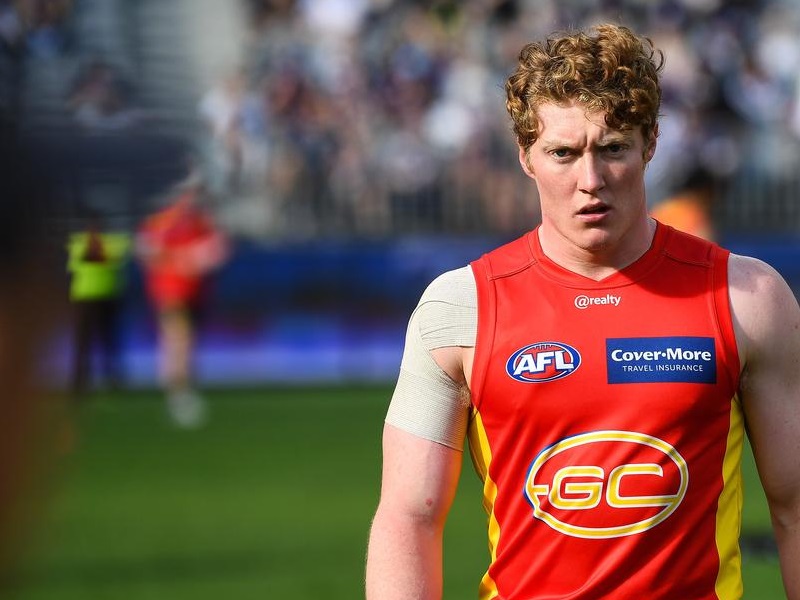 While we haven’t written a song about George Hewett breaking out at the Blues – it’s certainly a possibility!

With just one CBA to his name prior to the Swans bye last season, Hewett registered a 58% attendance rate for the final nine games, averaging 75 AFL Fantasy points in that stretch.

They aren’t huge numbers, but given the 26-year-old spent most of his career at Sydney (including last year) playing in lock-down roles, could Voss set Hewett loose in 2022?

Arguably the number one #moremidfieldtime hype player of 2022, the messaging has been clear out of Sydney that we’ll finally see the blonde bombshell at more centre bounces this year.

The days of Horse Longmire sitting atop the AFL Fantasy coach curmudgeon power rankings appear to be over – if he delivers on back-to-back Mills-Heeney midfield promises.

Heeney didn’t register enough CBAs last year for us to gauge his fantasy ceiling in the guts, but he’s as a quality fantasy forward even without mid-time, so he’s a huge pre-season watch.

Ever since Butters was drafted back in 2018, the countdown started on his midfield explosion – and it almost already happened last year.

Butters performance in round 4 as a pure midfielder was mouth-watering… well, for the first half at least. He racked up 15 disposals, three marks, five tackles, one snag, and 74 AFL Fantasy points in the first half – while attending 44% of CBAs – before injury ended his night early.

Zak wants to play more inside, and he’ll finally get his wish in 2022. 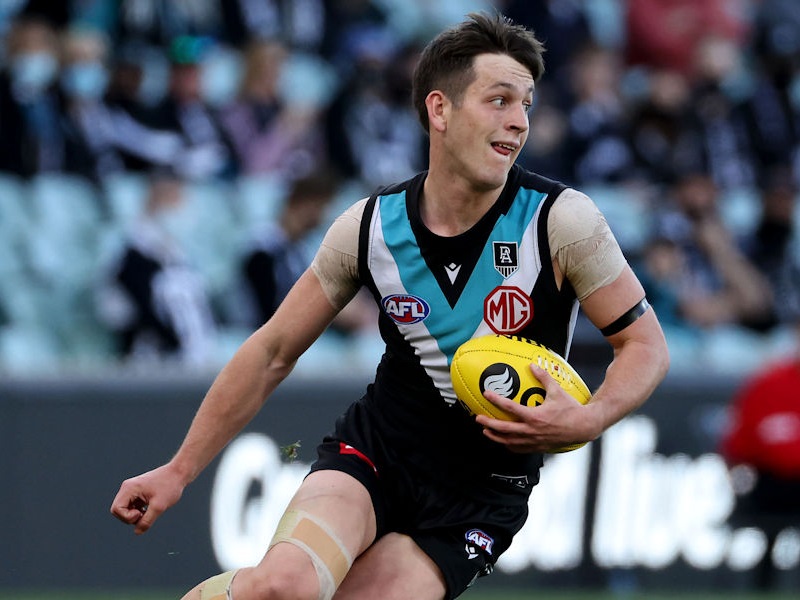 Caldwell was clearly brought to the Dons to play in the guts, but things took a turn when he got injured early last season. In his absence, Darcy Parish exploded into superstardom and Jake Stringer emerged as a clearance machine.

Coming off an impressive injury return in the Dons elimination final – scoring 41 AFL Fantasy points in the first quarter, from zero CBAs – Caldwell reportedly dominated the first half of a recent intra-club match playing an inside role but was managed in the second half.

His low CBAs in Essendon’s first AFL trial match against the Bulldogs was concerning (three total according to a friend of the show, @AFLstatsmate), but perhaps not surprising given he’s still building fitness ahead of round 1.

The messaging has been clear from Fremantle the moment Brodie arrived at the club – Brodie will get his chance to play inside midfield in 2022.

“We’re really bullish on him, we’ll give him an opportunity primarily as an inside mid… He has all the qualities there to be a good inside mid for us,” – Justin Longmiur in November.

Playing 24 games across five years for the Suns, the 23-year-old – who averaged 31 disposals, four marks, six tackles, and 117 AFL Fantasy points in the VFL last season – may have found the perfect home at the Dockers.

I’m pretty sure we’ve heard just about every one-liner in the book regarding Rayner’s preseason: “fitter than ever”, “tearing up the track”, “turning heads”, and, of course, “more midfield time”.

The CBA hype name of the pre-season by far – Cam Rayner appears certain to boost his time spent in the centre square in 2022.

After attending 24% of Brisbane’s CBAs in 2020, the extent to which Fagan deploys Rayner inside this season will be of high interest to Keeper and Classic coaches alike, but most importantly – can he score? 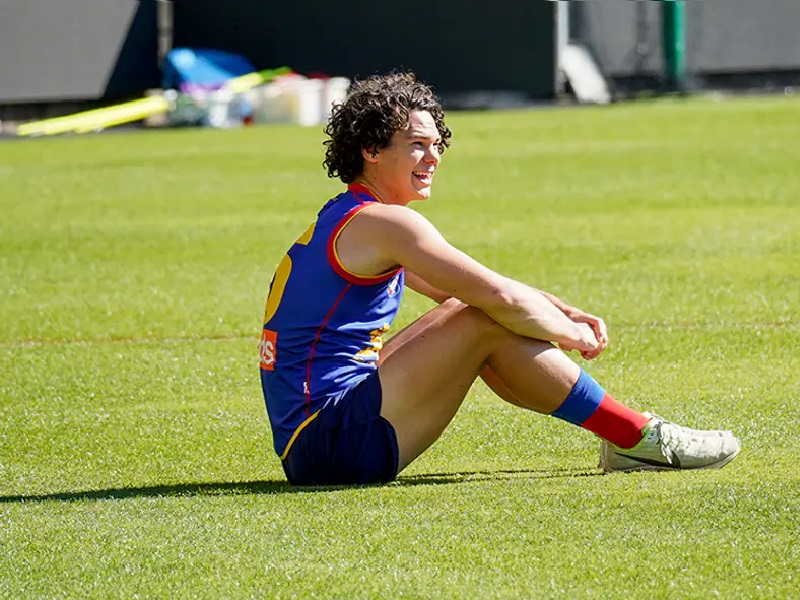 The Tigers midfield is desperate for an injection of youth, and Jack Ross is one player that’s emerging as the front runner to fill the void.

Getting a taste of the CBAs last year in round 23, when the Tigers rested their stars, Ross had 79% CBAs – notching 93 AFL Fantasy points from 24 disposals, five marks and four tackles.

Heading into what is technically his third-year breakout season (he sat out his rookie year due to back surgery), Jack Bytel is slipping under most of our fantasy radars this season – but not Sherlock Dossy’s!

Through some stat sleuthing, we can learn that Luke Dunstan averaged 74% CBAs in his 12 games last season – that’s plenty of midfield time up for grabs!

With Dunstan omitted in round 23, Bytel attended 85% of the Saints CBAs, behind only Jack Steele, notching 17 disposals, seven tackles, two goals, and 85 AFL Fantasy points.

As Dossy puts on his Deerstalker once last time, we learn that Bytel played two games in the VFL in 2021 – scoring 120+ in both. I hate to break it to you – It’s Bytel szn folks.

This bloke was handed Boomer Harvey’s guernsey for a reason. Yes, he’s clearly a high-quality leader with captaincy traits down the road – but Phillips was also bestowed the #29 because he’s a dead-set gun.

Clearly, David Noble sees it too. He offered up the now 19-year-old – who was unable to play in his draft year due to COVID-19 restrictions – 24% CBAs in his raw rookie year.

Phillips also averaged 27 disposals, five tackles and 94 AFL Fantasy points at VFL-level in 2021 and is firmly in the mix for more senior opportunities, more midfield clock, and juicier fantasy scores in 2022 and beyond!