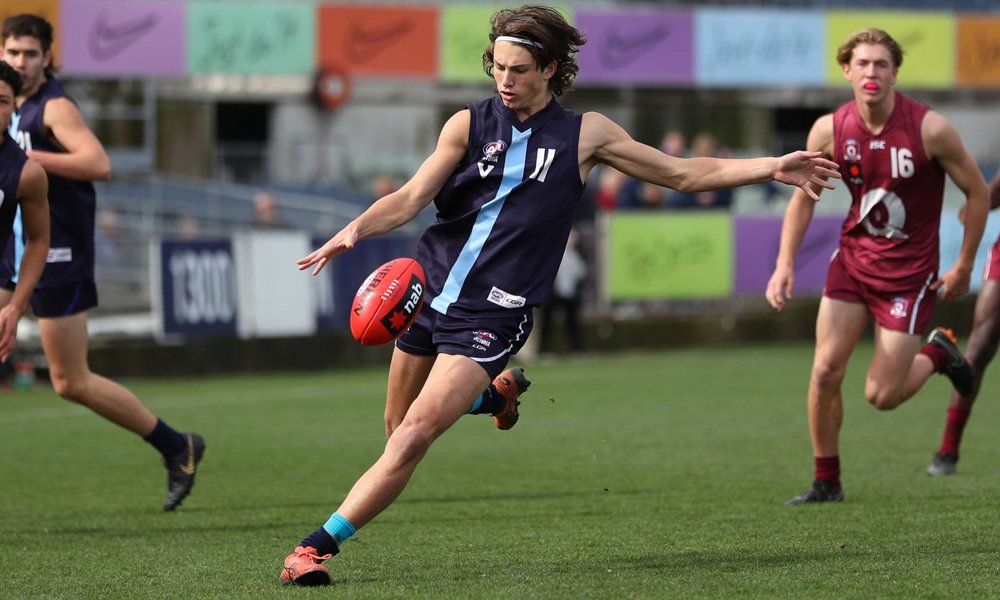 The people have spoken and Archie Perkins is the final draftee in the spotlight ahead of Wednesday’s 2020 AFL Draft.

It’s been a crazy year and a tough year to get a good read on all the talented youngsters, especially those from Victoria.

There is a lot of talk that Perkins could be one of the most exciting prospects in the draft. From both a fantasy and real footy perspective, it’s really hard to know what kind of player he could be as we probably needed 2020 to see.

All the talk from the experts is that Perkins could be a natural midfielder but due to missing the 2020 season we will never know just how dominant he may have been in the NAB League.

All the key indicators from both his 2019 season and the draft combine point to him being a very talented player.

Where he lands will end up being the big question and if the rumours are true and Hawthorn snap him up at Pick 4, or he heads to an Essendon, Adelaide or North Melbourne he could have an immediate impact in 2021.

For me there is a bit too much unknown to be super keen on him in a keeper league draft. He probably has shown enough attributes to be picked up in the latter stages though, especially if he heads to a rebuilding club.