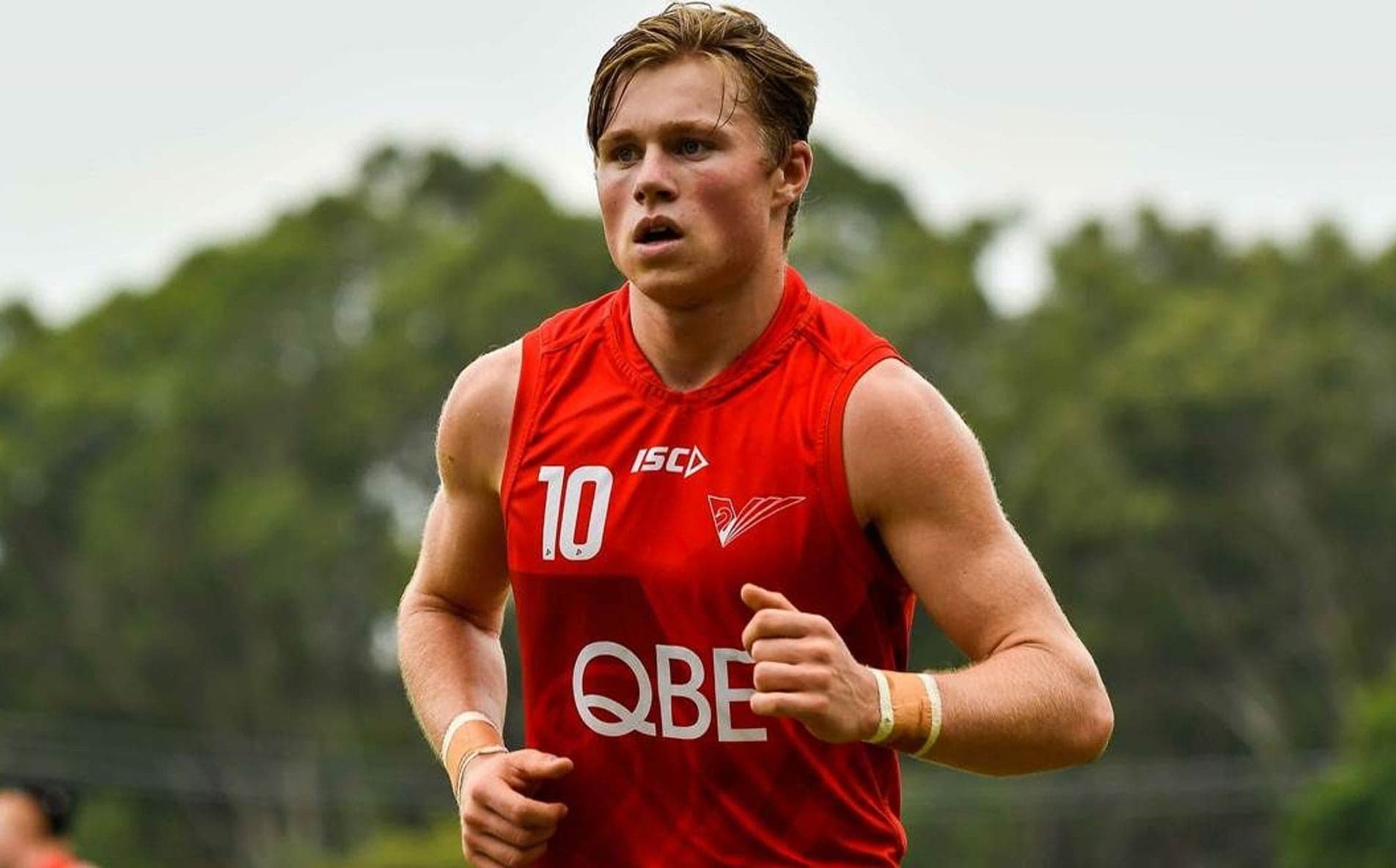 Another kid who has played footy against real men is Braeden Campbell. The Swans Academy member played three games for their NEAFL side late in 2019 as a 17 year-old, showing us why he’s a player with a big future.

In his three NEAFL games, Campbell averaged 65 fantasy points along with 8 kicks, 7 handballs, 3 marks and a very encouraging 5 tackles.

It’s these kind of tackle numbers that remind me of his likely future Swans teammate in Dylan Stephens. He had big tackle numbers for a kid in the SANFL and that thirst for the +4’s has continued early into his AFL career.

Campbell spent 2020 playing Division One Senior footy for his local Sydney Amateur side Pennant Hills. There he played 6 matches, kicked 9 goals including a bag of 4 and featured in their best players twice.

He also represented the Swans Academy side in two practice matches in August and hit the scoreboard and best players list in both games.

Campbell is a beautiful user of the ball by his natural left foot and also has speed to burn, dominating this year’s Sydney Draft Combine.

I love that he played regular senior footy in 2020 against men, albeit in the Sydney Amateur League.

Word is the Swans are red hot keen on keeping him in the harbour city and with a little bit of polish he should be seeing some AFL action in 2021.

The Swans have a good record with kids from their Academy with Mills, Heeney and Blakey all progressing through the ranks nicely and getting early games.

Campbell looks to be one of the draftees who will go early in most keeper league drafts. There is no doubt he looks like a long term quality player who we should see really bloom in a couple years.