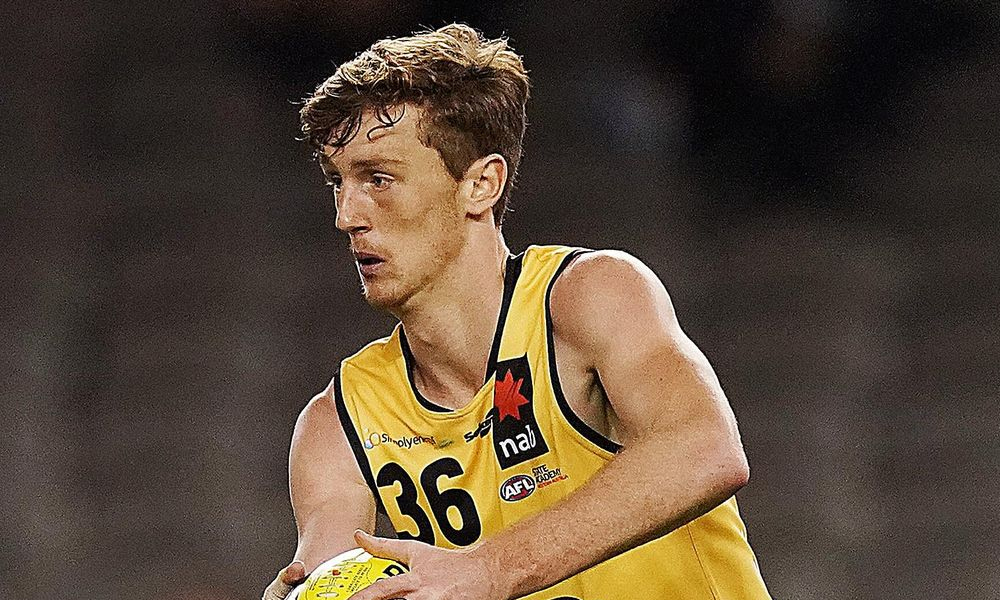 Next on the list of top draft prospects is Denver Grainger-Barras.

Denver Grainger-Barras is an athletic key defender who has been playing regular league games for Swan Districts in the WAFL over the past two seasons.

He reads the play exceptionally well for a young player, and dominates in the air with his gigantic vertical leap, regularly cutting off opposition attacks with his elite intercept marking.

As we all know, key defenders don’t usually provide us with big fantasy scores, but we’ll take a look at some of his numbers anyway to determine whether he follows suit.

His best performance came in round 8 where he scored 81 AFL Fantasy points on the back of 12 kicks, 4 handballs, 8 marks, and 3 tackles. Unfortunately, this game appears to be an anomaly as his next best score for the season was 52 points.

Looking back to 2019, he played one league game, but it was nothing to write home about as he only scored 48 AFL Fantasy points in his league debut for Swan Districts.

Denver Grainger-Barras was selected to represent Western Australia at the Under 18 Championships as a bottom-ager in 2019, and his numbers weren’t much different here either He played in two of the four games in 2019 putting up scores of 60 and 61 AFL Fantasy points.

Upon looking at these numbers, it’s pretty clear that Denver Grainger-Barras is not going to set the world on fire in terms of AFL Fantasy.

However, he does have the potential to be a good Supercoach scorer once he develops a little more and adds some size and strength to his frame.