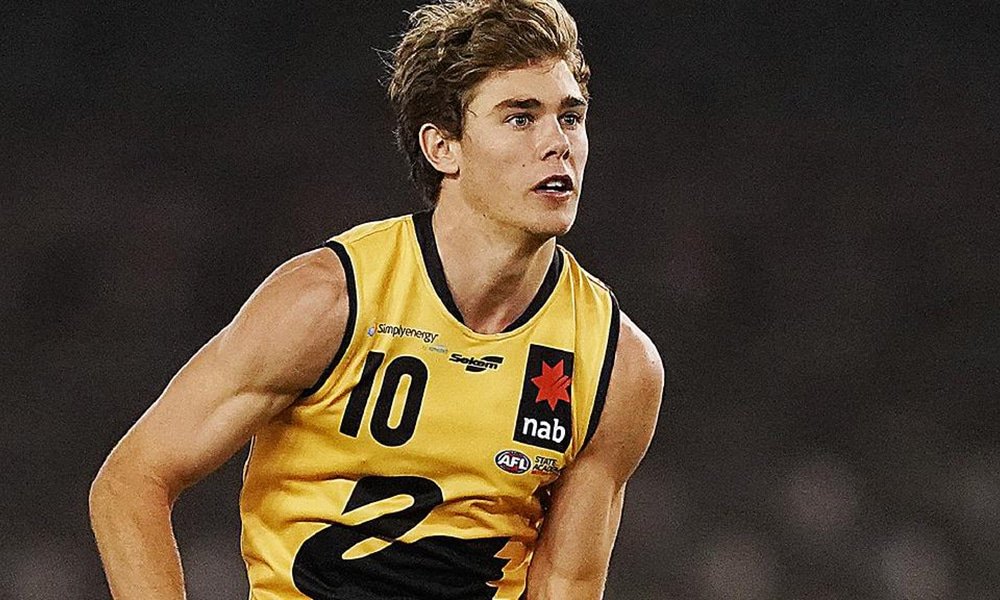 We’ll start with the Under 18 Championships. The West Australian prospect had a great campaign, averaging 113 fantasy points across the competition. He only had one score under 100 in his four games and produced his top score of 125 points against South Australia in the second round. He averaged 30 disposals per game at the Under 18 Championships, which is more than Sam Walsh did in 2018. There were a few concerns though as he tended to favour the handball. He had a 0.7:1 kick-to-handball ratio, with 13 kicks and a whopping 17 handballs per game.

At state level, Robertson only played 2 games for Perth Demons, as a shoulder injury at the Under 18 Championships ended his year. Playing both games in the colts, he had scores of 97 and 143 in his two games, averaging 14 kicks, 15 handballs, 7 marks, 5 tackles and 120 AFL Fantasy points per game. Whilst playing only two games gives us a small sample size, his numbers were similar to those produced at the Under 18 Championships. It’s disappointing that Robertson got injured, as it would have been good to see what he could do at senior level.

As mentioned, there are some concerns over Robertson’s kick-to-handball ratio. There are also concerns over his disposal efficiency. But when he’s racking up big disposal numbers, it shouldn’t be too much of an issue. He has been likened to Joel Selwood in the way he plays. But hopefully he produces better fantasy numbers. His underage scores suggests he will.