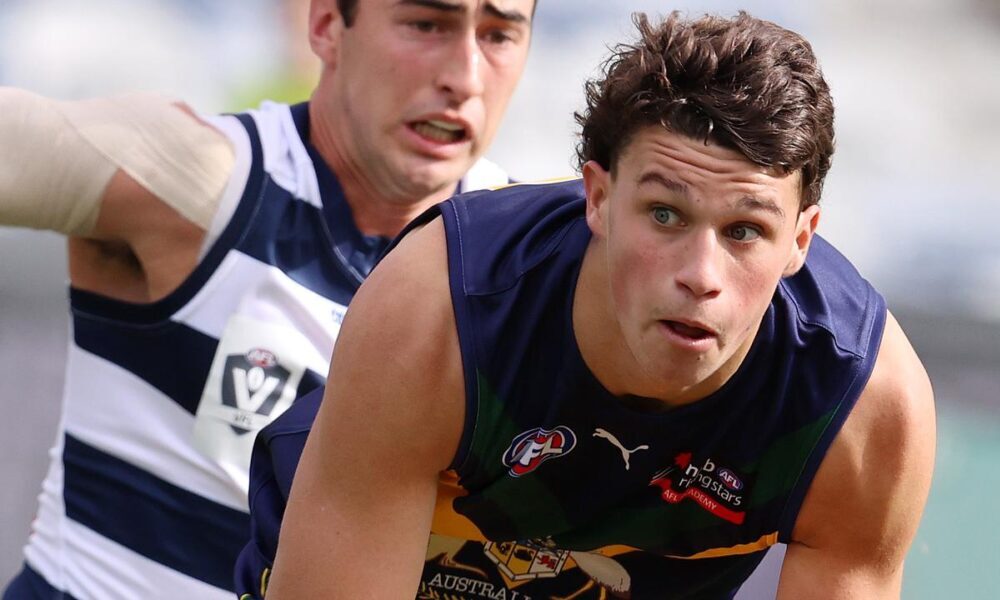 Next up in our Draftee Fantasy Analysis articles is Finn Callaghan.

This potential draftee from Sandringham Dragons is your classic tall, athletic midfielder that we see a lot of in modern football. He possesses speed, endurance, and a penetrating left boot that he uses the ball well with. He has been likened to AFL superstar Marcus Botempelli and is expected to go early in the 2021 AFL Draft.

Looking at his numbers, Callaghan played six games in 2021 with his best performance coming against Western Jets in Round 5. This game featured 31 disposals (16 kicks and 15 handballs), 3 marks, and 6 tackles for an AFL Fantasy score of 113 points. His second-best game was the following round against Eastern Ranges where he had another 31 disposals and 112 AFL Fantasy points.

In terms of averages, Callaghan went at 13 kicks, 11.3 handballs, 4.5 marks, and 3.2 tackles per game, for an AFL fantasy average of 89.5. However, Callaghan started the year playing on both half-back and half-forward flanks and was only moved into the midfield in the second half of the season. This midfield opportunity only came through injury to other players, but was able to shine in the role and rocketed him into the top 5 draftee conversation as a result. So the reason Callaghan’s average is on the lower side is through lack of midfield opportunity early. If we only take the games he played solely as a midfielder, he averaged 105 points per game.

Looking forward, I personally see Callaghan beginning his AFL career on a flank or a wing while he builds up the bulk to play as an inside midfielder. But given his size and frame and what we saw in the NAB League, he definitely has the scope to become an inside midfielder in the mold of the previously mentioned Marcus Bontempelli. But it might take him a few years to get there.