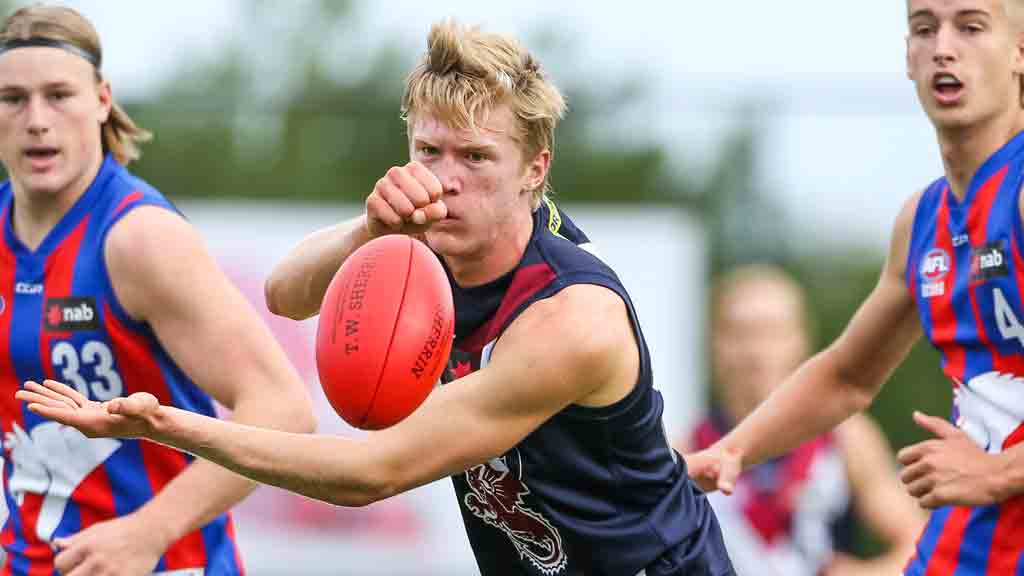 In our final draftee profile before tonight’s AFL Draft we check out Fischer McAsey’s Fantasy prowess.

In 5 of those games he actually scored below 60 points with his average being buoyed by two good games 104 and 80 points. His 104 point game was an absolute ripper with McAsey racking up 12 kicks, 7 handballs, 10 marks, 1 tackle and 3 goals.

His fantasy scoring actually fared better in the Under 18 Championships where he averaged 73 points from four games. An impressive Championships campaign saw him named Vic Metro’s MVP and he also scored All Australian honours.

His marking ability is sensational and he’s clean below his knees which is a huge reason why he’s touted to go early in the draft with the Crows looking to nab him at Pick 6.

He averaged 5 marks a game in the NAB League and 6.5 per game in the U18 Championships. He also knows how to find the goals when required and isn’t afraid to lay a tackle.

In time he could evolve into one of the competitions great key forwards but I’m not going to be too interested in taking him in this year’s fantasy drafts.

Like all talls, he’ll need a bit of time in the system to mature and I’d like to see a few more solid scores in the state leagues in 2020 before looking at him this time next year.