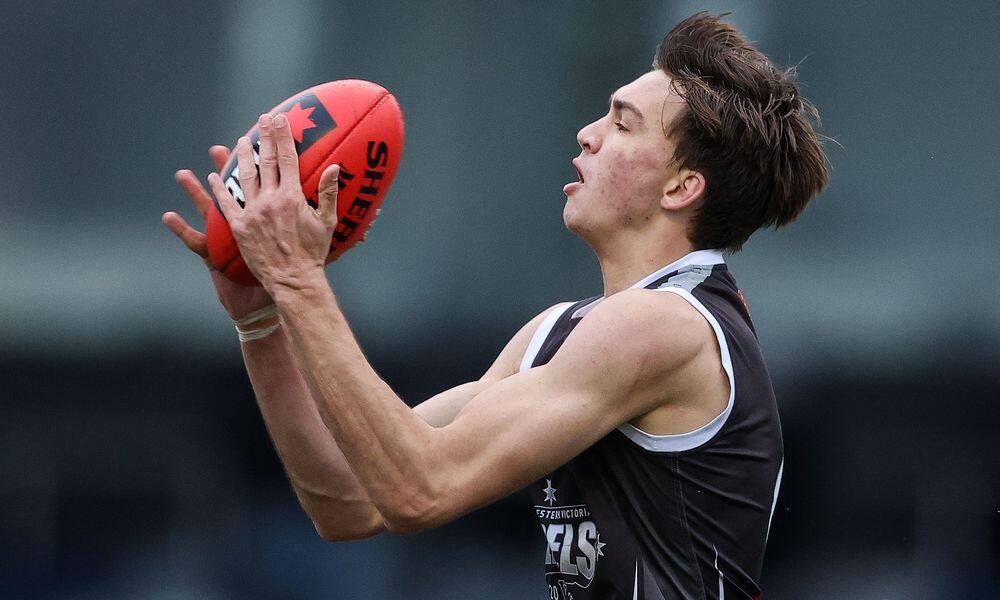 Josh Gibcus is next in our Draftee Fantasy Analysis articles.

Playing for the GWV Rebels in the NAB League this season, He stands at 196cm, weighs in at 87kg, and comes into the draft as one of the best intercept defenders on the market. He reads the play exceptionally well and has an enormous vertical leap to aid his intercept game. Josh Gibcus topped the vertical leap at the NAB AFL Draft Combine for Vic Country players reaching 89cm, but inclement weather obviously hindered his attempts as he’d previously been jumping 95cm. But this gives us an idea of his sheer athleticism nonetheless.

But as we all know, tall intercept defenders aren’t the most consistent fantasy scorers. Yes, you will sometimes get a player like Sam Taylor at GWS who puts up a few 100+ scores and sucks everyone in, but they’re just as likely to score you a 50 the following week.

Can the same be said about Josh Gibcus? Well, let’s take a look at his fantasy scoring this year.

Gibcus will likely be a top 10 draft pick, but this is a good reminder that the top players in the draft aren’t always the best fantasy scorers. As a player who models his game off Jake Lever and Harris Andrews, there might be the odd game where he takes an abundance of intercept marks and puts up a decent score, but I feel those will be few and far between.

I’d be passing on Josh Gibcus for now.