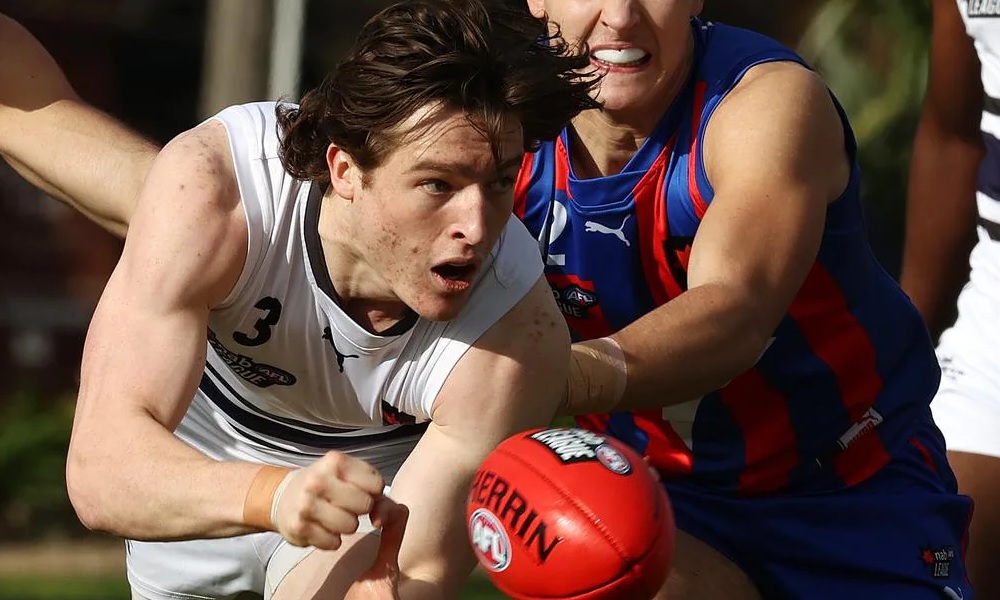 Before our most beloved ball magnet midfielders make it to the big league and earn weekly captaincy duties in our fantasy teams, they almost always follow a path of junior level dominance.

Whether it’s racking up eye-popping numbers in the NAB League or matching it with the big dogs at state league level, we’ve seen time and time again that the junior stat studs generally translate into future AFL Fantasy stars.

As AFL Fantasy keeper league coaches, we need to keep a close eye on this ball magnetism rising through the ranks and, using our fantasy stud checklist, monitor these three crucial factors:

The latest draftee in our draftee fantasy analysis series, Josh Ward, checks all the boxes.

Josh Ward was one of only three players to average more than 30 disposals in the NAB League. The others? Likely top-two pick, Nick Daicos (36), and Saxon Crozier (34), whose tally came from just one game.

Consistency is a noticeable facet of Ward’s game, only dipping under the fantasy ton once during the 2021 NAB season for scores of 89, 125, 109, 102, and 119. The 18-year-old earned his touches through a variety of contested and uncontested possessions, showcasing the kind of inside-outside game that’s highly sought after in modern fantasy footy.

We can safely tick the first box of our fantasy stud checklist – what about elite endurance?

J-Dubs is a running machine!

Topping both the Vic Metro and NSW/ACT list for 2km testing (completed via fitness app Strava due to state COVID restrictions), his time of 5 minutes and 57 seconds is incredibly promising for a potential early-season AFL debut.

Playing much of his junior career as a wingman, Ward’s running power has only grown in the past few years – as he focuses on further building this strong aspect of his game to use as a weapon.

Already drawing comparisons to Zach Merrett and Tom Mitchell (they go alright in fantasy if you hadn’t heard!), Ward’s thirst is observable – even if you simply catch him on a brief YouTube clip. Always in and around the pill, he’s willing to get his hands dirty – averaging 12 contested possessions and six clearances across his 2021 NAB campaign – then spread from the stoppage with a clear purpose; hunt pill!

We’ve mentioned his consistency, but thirst is also about illustrating that desire on the big stage. Ward’s 29 disposals, eight clearances and two snags for Vic Metro – in arguably the highest-pressure match for draft prospects – shows he’s ready for the bright lights.

Finally, Ward’s eagerness to move from the wing to an inside midfield role upon returning from a lost year in 2020 encapsulates the gut-running future fantasy gun’s #moremidtime ambitions, another clear indicator of thirst.

Josh Ward checks all the AFL Fantasy boxes for a promising, high-scoring fantasy career at the next level. He’s an elite running stat-stuffing ball magnet with a high degree of observable thirst for the Sherrin.

If you have an early selection and you’re after young talent, Ward belongs in the discussion alongside Nick Daicos and Jason Horne-Francis as a top priority in your 2022 keeper league redrafts.