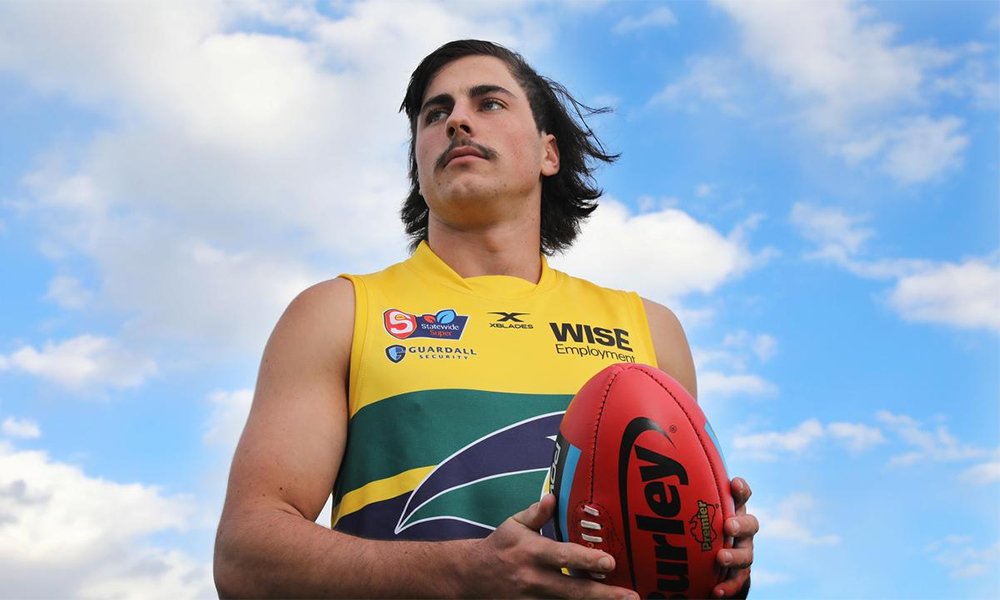 Lachie Jones is likely to end up at Port Adelaide in the draft as part of their Next Generation Academy. I’m obviously very excited about this, but do the non-Port Adelaide supporters have a reason to be excited on the AFL Fantasy front?

We’ll find out in this article.

Jones is a hard-nosed rebounding defender, who has been likened to Darcy Byrne-Jones. He crashes packs and isn’t afraid to take the game on. He’s also an aggressive intercepter and plays a high possession game style, which we love in fantasy football.

He has also spent the year playing senior football in Woodville West-Torrens’ league side, making his debut in round 1 and playing every game this season (including the grand final, taking home a premiership medal).

Looking at his SANFL League numbers, he averaged 12.1 disposals per game (8.5 kicks and 3.6 handballs). His AFL Fantasy average for the year was 50.4 points per game. This may seem low, but it isn’t bad for a kid playing at the senior level.

To gain a better perspective, I’ll take a look at his 2019 numbers to see how he scored in the lower levels:

His Under 18 numbers in 2019 were a mixed bag, but there were some solid fantasy scores throughout the year. He averaged 71 AFL Fantasy points for the season but this included an injury-affected score of 0. Whilst 71 still might seem low for Under 18s level, keep in mind he was a bottom ager in 2019 and was competing against older players.

Like many of the 2020 draftees, Lachie Jones’ numbers aren’t spectacular but the fact he played senior footy this year is a good sign. He’s likely to play AFL early and his career and his role will be fantasy friendly, so he’s a good option when looking at first year players in your keeper league drafts next year.