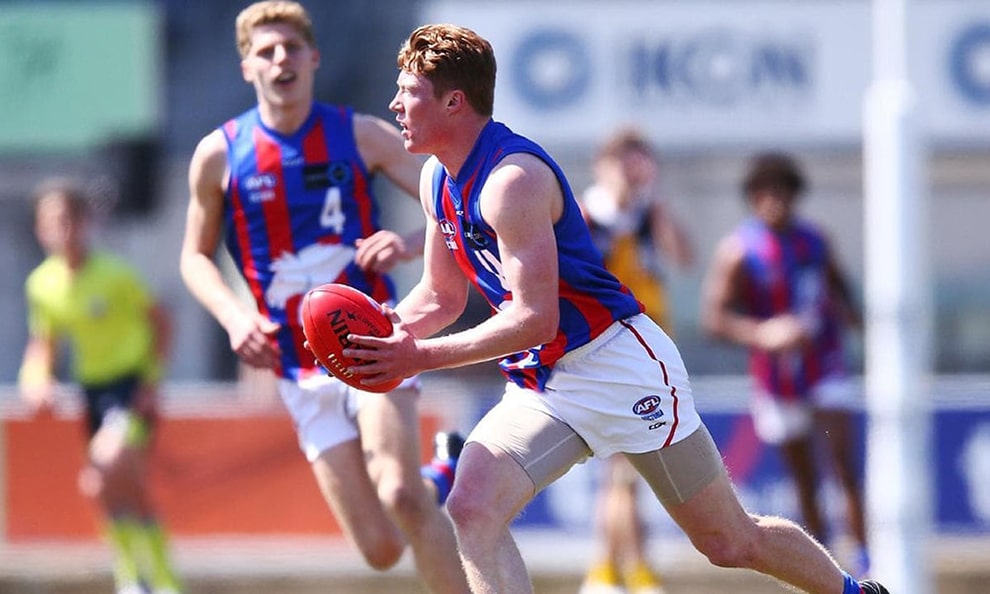 In the coming weeks, we are going to analyze the draftee AFL Fantasy scores of the prospects tipped to go early in this year’s draft. We will assess their fantasy potential on the back of the under 18 championships and state league performances.

Matthew Rowell has been tipped to go number 1 in every phantom draft, and for good reason. He was the standout player of this years draft pool and looks signed, sealed and delivered at Gold Coast with pick 1. In this article, we will look at Matthew Rowell’s fantasy scores from 2019.

Across the season he played 7 games for Oakleigh Chargers with top scores of 143, 140 and 119. His lowest score for the season (81) came in round 1 against Eastern Ranges. However, this was his only score below 100 in all of his NAB League games.

Furthermore, Rowell averaged 102 across his four games Under 18 Championships games with his top score coming against Vic Country. In this game, he scored 116 fantasy points with 28 disposals, 8 marks, 5 tackles and a goal. Additionally, his other scores across the competition were 107, 93 and 91.

Matthew Rowell’s fantasy scores were elite this year. He is every chance to be as good as Sam Walsh was last year, so this will make him a valuable prospect in out keeper league drafts. Especially if we can get a fantasy performer of the same calibre as Walsh. As a result of their midfield depth, he should be provided with plenty of opportunities at Gold Coast. We look forward to watching him become a fantasy superstar of the future.