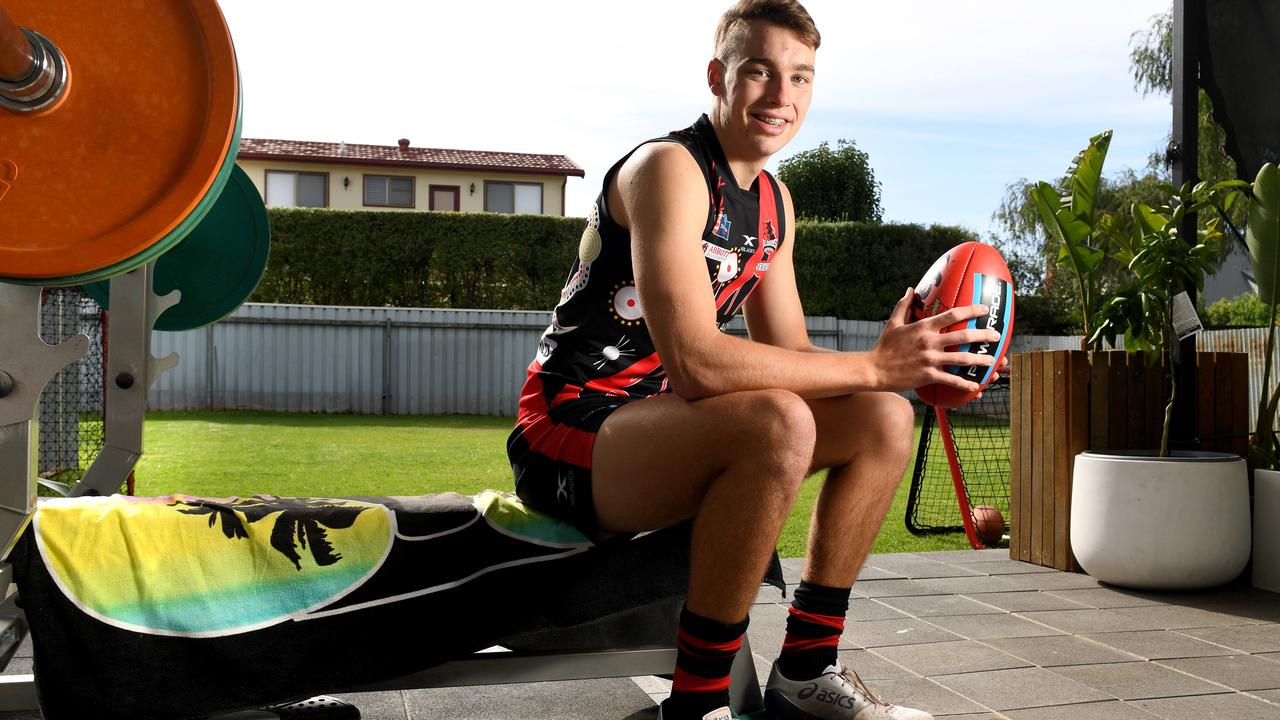 The big West Adelaide prospect has been the talk of South Australia this year.

At 198cm and 95kg he was super competitive in his 9 SANFL games this year as he battled it out against some of the league’s best players.

Arguably his best game came in Round 6 against Norwood where he took on the league’s best ruckman in Sam Baulderstone.

Baulderstone is a big man, coming in at 200cm and 115kg but Thilthrope held his own. He managed 18 Hitouts and 12 touches in that game along with 5 marks.

While he’s more than capable in the ruck, he’s also handy in front of the big sticks. Thilthorpe kicked 5 goals from his 9 games, with his best output coming against Sturt where he kicked 2.1.

In his 9 games Thilthorpe averaged 6 kicks, 5 handballs, 4 marks and 10 Hit Outs a game.

Groin issues derailed his season and may push him a bit further down the draft order than he may have ranked at the start of 2020.

Regardless, he still finished the 2020 season with 9 SANFL games and a fantasy average of 63.2.

For a young kid in the SANFL he managed 4 scores in the 70’s showing that he is more than capable of scoring on his day.

Thilthrope has been touted as a start for quite a while which was evident after featuring in 6 SANFL games in the back half of 2019 where he averaged 9 touches, 5 marks and 51.2 fantasy points.

Like fellow big man Logan McDonald, I love that Thilthorpe has had a good 18 months playing senior footy. I’m more than happy to get excited about these kids who have been playing proper competitive footy in 2020.

There is no doubt the groin issue is a slight concern but as a tall, key position player he won’t be rushed into anything next year.

With this in mind, I’m happy to pass on Thilthorpe next year until he gets his body right. If you’re looking at a young forward to draft into your fantasy side, I think McDonald will be a much safer choice.