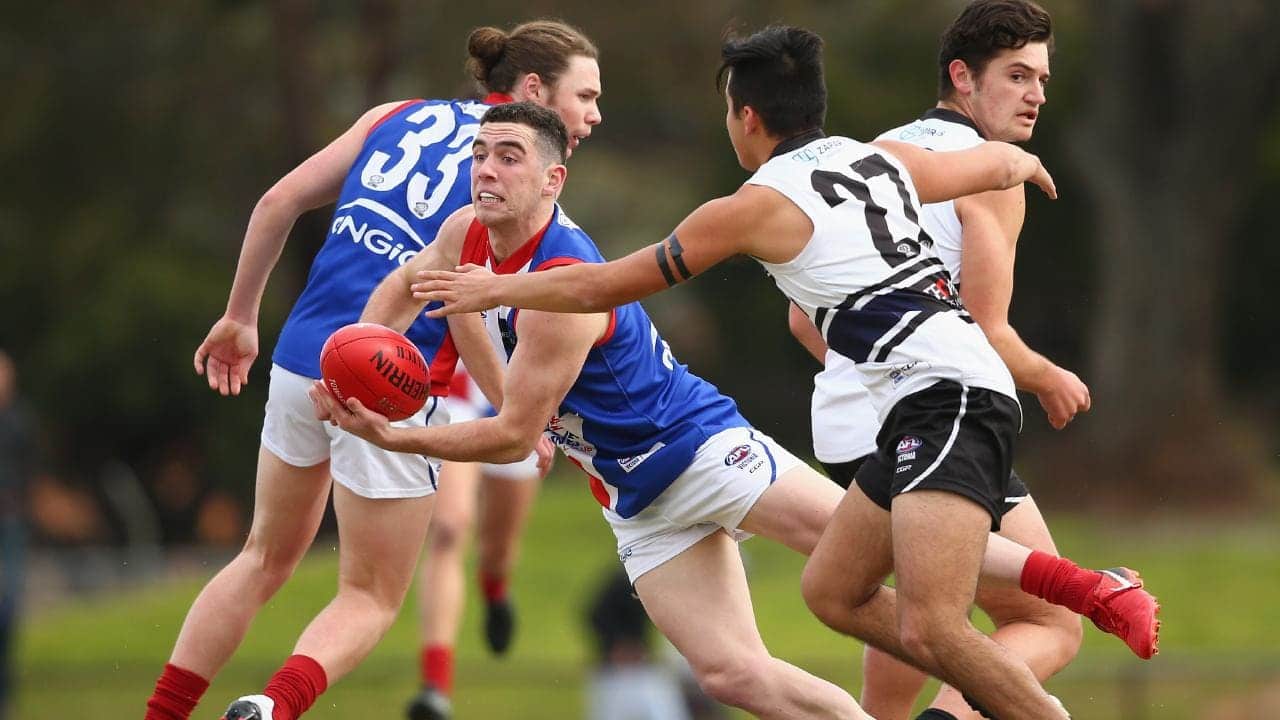 The Gippsland Power midfielder was one of the stars of the NAB League in 2019 and looks to be one of the genuine talents of this draft.

Flanders played 12 NAB League matches for a solid average of 92 Fantasy Points. He averaged 12 kicks, 10 handballs, 5 tackles and a goal. His tackling ability is one of the strengths of his game and is something that will help him stand out in future years.

Flanders notched up four tonnes throughout the season including a massive 146 point game in the finals. He was clearly BOG that day with 19 kicks, 8 handballs, 7 tackles and 4 goals. It’s that ability to tackle and find the scoreboard that I love the look of.

Similarly, he continued his good form in the Under 18 Championships averaging 97.5 points. That was the fifth-highest average of any player in the Champs, reinforcing his scoring ability.

He maintained his good kick to handball ratio in the Champs averaging 12 kicks and 10 handballs. His average of 6 tackles a match shows he could be a four-point goldmine.

His high-quality Champs campaign saw him named as a half-forward in the All Australian Team. As a result, that’s likely where he will line up in an AFL side early in his career.

I’m pretty excited about Flanders as a fantasy talent and his forward line prowess could see him play early. While there have been comparisons of Christian Petracca but let’s hope that’s not true and he is actually fantasy relevant in his career.

In short, we won’t get to see all everything Sam Flanders can do early in his career. However, I think we’ll get a glimpse at some stage in 2020.