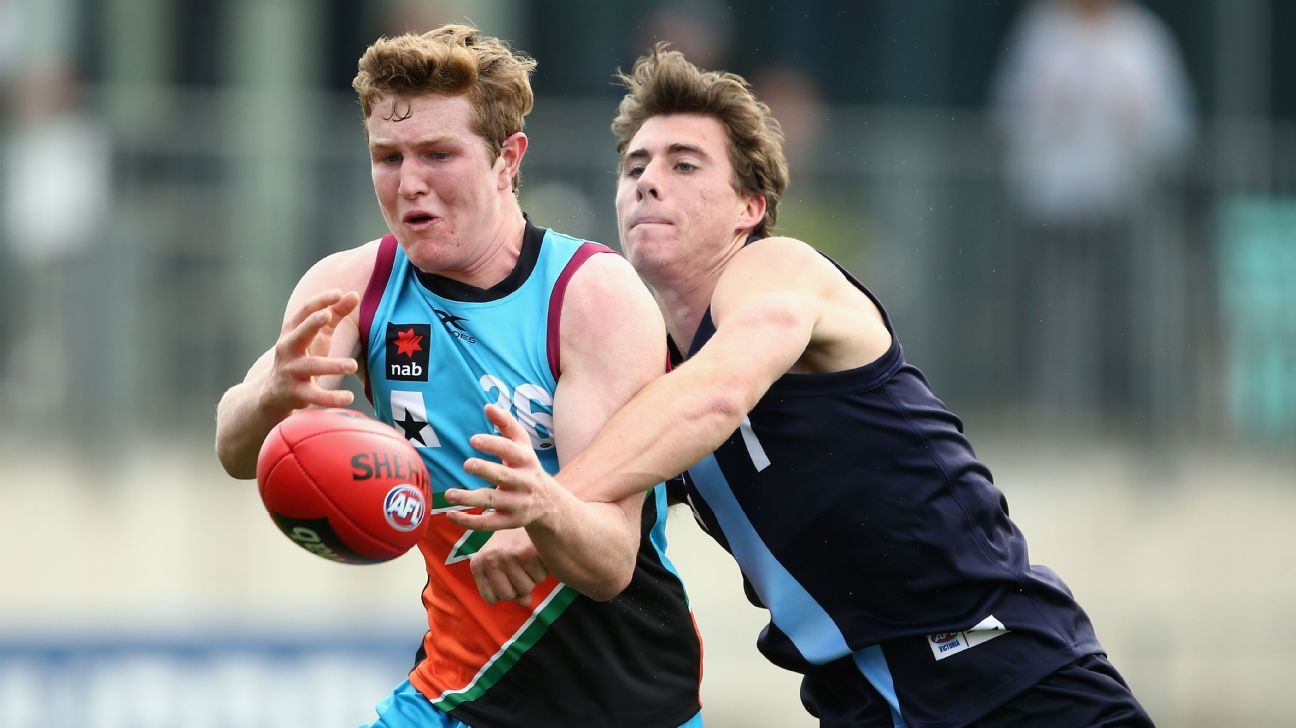 Despite sharing the same name as a very funny man, Tom Green’s fantasy potential is no laughing matter. The 190cm & 88kg inside bull who some draft experts have called the new Patrick Cripps looks to have some serious ball-winning pedigree and fantasy ability. In this article, we’ll have a look at Tom Green’s fantasy scores.

While I do believe he’s a genuine fantasy prospect in the making, there is one negative part of Green’s game. He’s a handballer. Across all three competitions he played in this year, he averaged more handballs than kicks.

Despite this, the ball-winning ability he’s shown and the way he can get very piggy does excite me. His Under 18 Champs games were solid but it was his display in the NAB League and NEAFL that really excite me. He only played 4 games in the NAB League for a 112 average but had two games of 124 and 130 which really stood out. No matter who you are, when you rack up games of 37 and 38 touches you deserve credit. They are hot numbers.

But the most important thing to me is a genuine state league form from a potential draftee. In a positive sign, Green played 4 NEAFL games which included scores of 45, 43 and 59. I’m willing to forgive a 17-year-old kid for those low numbers in a senior competition. Especially after his Round 9 game against the Suns. He picked up a lazy 28 touches with 11 kicks, 17 handballs, 4 tackles and a goal. A very nice 100 point outing for a young kid.

Tom Green could end up being a very good fantasy player and the ability to tonne up with ease at the junior and state level is exciting. However, upon looking at Tom Green’s fantasy scores from 2019, I’m not expecting him to post big numbers in his first few years due to his handball happy history. He will be good but it will take time to find himself at AFL level.

Note: Draftee AFL Fantasy scores from NAB League and U18 Championship do not include Frees For, Frees Against and Behinds.