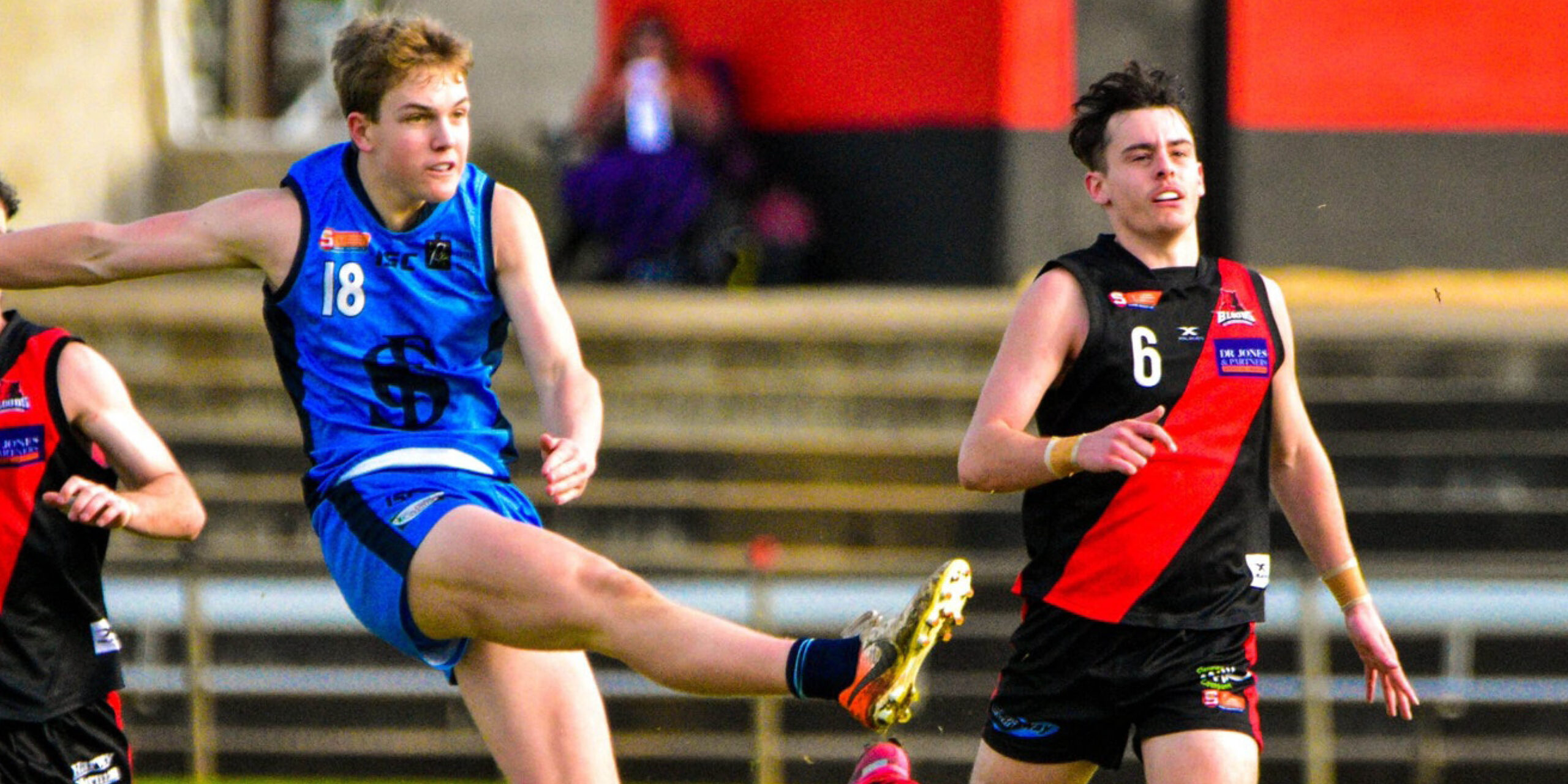 While we didn’t get any Under 18 football in Victoria in 2020, some of the most talented juniors in SA were still plying their trade.

No player in the SANFL Under 18’s was more impressive than Tom Powell, the McCallum Tomkins Medal winner as the league’s best and fairest player.

Powell played 15 games for Sturt in the Under 18 competition in 2020 where he averaged 119 fantasy points and 34 touches.

Powell has a genuine knack of finding the footy and is a natural extractor, averaging 9 clearances a game.

Being that inside bull, he does have quite an even K:H ratio, averaging 18 kicks and 16 handballs a game.

His best game of the season came in Round 10 where he scored a whopping 174 fantasy points which came from a lazy 47 touches.

Powell was ultra consistent throughout the season scoring hundreds in 12 of his 15 matches including scores of 151, 153 and 174.

For me it is interesting that Powell was so dominant in the Under 18’s that he didn’t get a crack at Reserves or League level for the Double Blues, which to me probably shows he’s a bit off a guy like Lachie Jones who was playing League for the Eagles.

Despite the fact that he hasn’t tasted any senior footy, his numbers still have to be greatly respected and kind of reminds me of a Harry Schoenberg type. A kid who played a lot of junior footy but does look to have a fantasy game in the AFL.

Recruiters have likened Powell to Lachie Neale and Adam Treloar, which can only bode well for a promising future.

As a natural inside midfielder, Powell looks like a stash option for me in your keeper side. It’s going to be tough to see him walk into any AFL side straight from SANFL Under 18’s and play the role he’s best at.