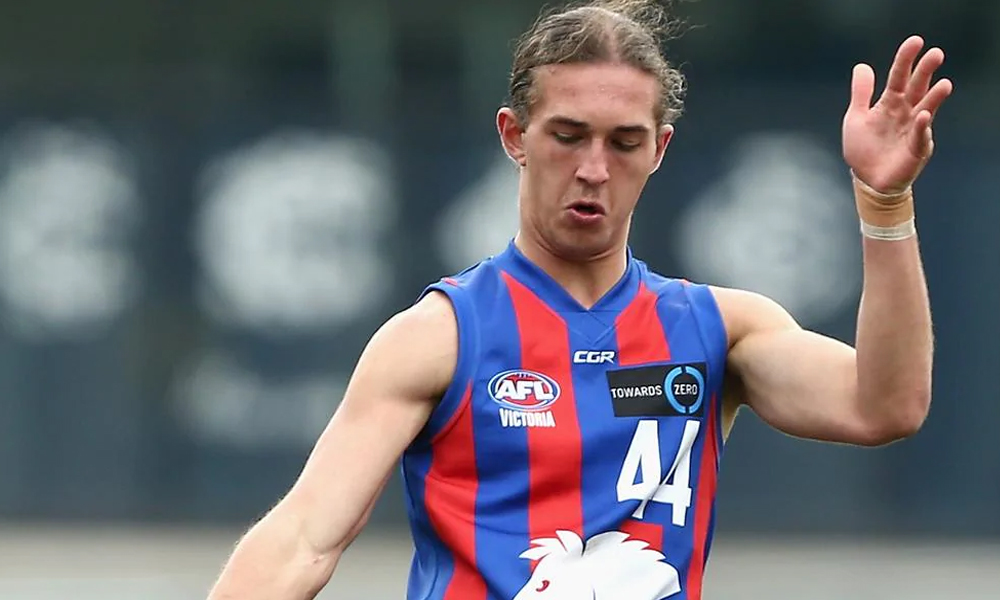 A player that is getting a lot of attention in fantasy circles is Will Phillips, so we’ll take a look at this highly touted draft prospect in this article.

This young midfielder has the perfect balance between his inside and outside game with the ability to find his own ball and get it moving forward.

As an Oakleigh product, he spent 2019 in the midfield with the likes of Matt Rowell and Noah Anderson in their premiership assault but unfortunately did not play in 2020 due to the pandemic.

But this did not kill his motivation. He spent the year training and working on his body and now looks like a ready-made AFL footballer.

In terms of fantasy numbers, he averaged 78 AFL Fantasy points in the NAB League in 2019. His average stats per game were 8 kicks, 14 handballs, 3 marks, and 4 tackles per game.

Phillips’ best score of the year came against Sandringham Dragons in the 2019 preliminary final where he had 103 AFL Fantasy points. His stats for the game included 8 kicks, 19 handballs, 3 marks, and 8 tackles.

He also had 96 points the week prior (his second-best fantasy game of the season) the week prior against Gippsland Power, where he had 13 kicks, 16 handballs, 1 mark, and 4 tackles.

Looking at his Under 18 Championships numbers, he only played the one game for Vic Metro in 2019, and scored 45 AFL Fantasy points, with 2 kicks and 10 handballs.

It’s obvious when looking at his numbers that he does favour the handball when it comes down to his preferred method of disposal, and we know that this generally doesn’t bode well for fantasy scoring.

But what is promising is his style of play, having that balance between inside and outside midfielder traits, and it should translate to better fantasy scores with more experience under the belt.