Kaes’ Believe It or Not 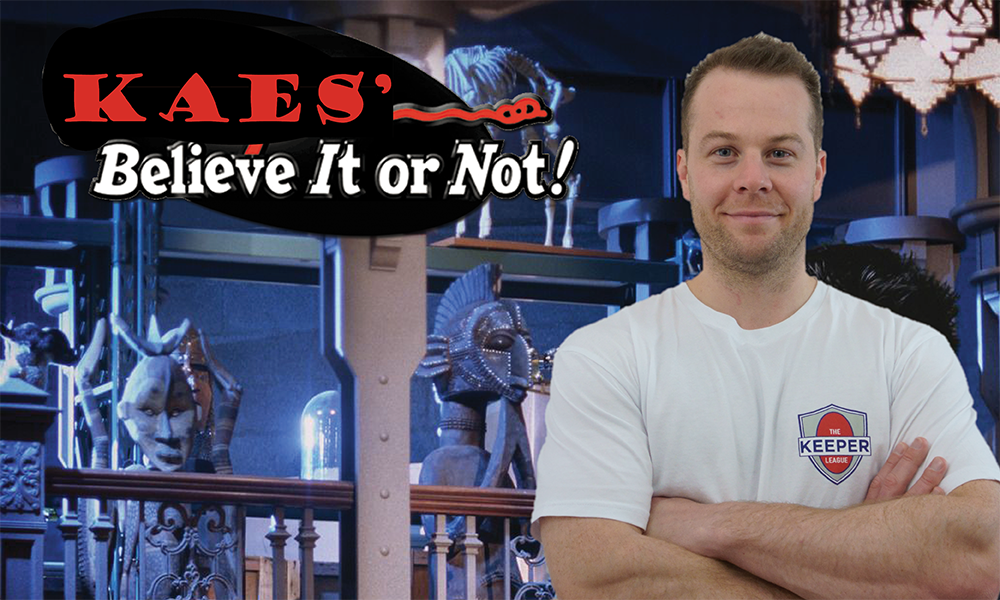 The AAMI Community Series has wrapped up for 2022 and there were plenty of players who caught the eye of Fantasy coaches around Australia. The big question is who’s scores can we really trust from these practice matches and who’s should be disregarded? I’ve picked a few players from across the weekend where the hype is justified and somewhere we should remain a little cautious.

He might not score you 135 each week but he’s going to be a very good scorer playing as a genuine midfielder while he gets the chance. Yes, Walsh will come back which could put the skids on his Fantasy output but if he has a cracking first month, who’s to say he’s the first one out the door? Why couldn’t it be Hewett? Or will Cripps still be fit by then? Yes, there are risks but while he’s in that role, I can’t see a big scoring drop.

Never write off a champion. There has been plenty of talk that the changing of the guard is near but Thursday night’s match put rest to that rumour. Melbourne isn’t going to let their premiership window slam shut and hand the keys of the Lamborghini to Luke Jackson just yet. While Jackson will be a gun long term, this is still Gawn’s team and don’t forget that.

I know he’s still not winning many hitouts but in the two games of footy I’ve seen Tim English play this year, he looks a hell of a better player in 2022. His work at ground level and getting back into the hole to help his defenders is first class and I think he may have finally arrived as a Fantasy prospect. Stef Martin was a passenger on the weekend and the two basically had a 50/50 split in the middle. Draft with confidence.

The role is real, the talent is there and my ruling is final. Butters is in for a huge year. 32 touches, 15 CBA’s, 4 clearances and a goal from the young gun. Yes, he played against the hapless Crows but the trust that Ken has now put in Butters after an injury-interrupted 2021, firmly has all signs pointing to a fourth-year breakout.

I’m expecting big things from 2 Metre Peter this season and his game against the Saints was a glimpse into what we could see this season. Wright had an underrated first year at the Bombers. He kicked 29 goals, averaged 10 hit outs a game and notched up four Fantasy tonnes. On the weekend he had 3 goals, 12 touches and 17 hit outs which is something Wright can produce most weeks and as a Ruck/Forward this season, he could be a highly valuable commodity.

Cross your fingers and toes that this star doesn’t receive any more bad luck. He looked like he had that magic touchback that we first witnessed in 2020. He looked fit and confident in his body picking up 27 touches and 7 tackles. Amazingly he didn’t even register 1 mark on the night, so a couple of them through the game just will see those points rise. Looks in for a big year.

Can’t actually believe I’m writing this but young Guthrie was super impressive. He’s obviously put on a lot of size over the last 12 months and finally looks ready to be a big-time player. Works hard and seems to pick up disposals with ease. Was pleasing to see Steve Hocking say the Cats will play more youth this season and he looks to be at the top of the pack. Has Defender status and could easily average 85+

While an 89 would have pricked the ears of many fantasy coaches, we can’t forget that a certain man by the name of Jacob Weitering was not playing. McGovern basically played the exact role Weitering did last year where he averaged 73.8 and collected scores of 102, 112 and 117 along the way. It’s a promising sign for McGovern but I can’t see scoring like that continuing in Round 1 when he probably reverts back to playing the Liam Jones role which only averaged 51.8 points per game.

There is a lot of negative chat about Jarryd Lyons’ Fantasy output this year based on two trial matches. It’s evident the Lions have tried a few things in there, especially giving Jarrod Berry some more midfield time. Last year Lyons’ ranked #8 in Total Clearances, #22 in Centre Clearances and #3 Tackles across the whole league. He’s integral to the Lions Premiership chances and Chris Fagan knows that. I’m expecting normal programming to return come Round 1. Write him off at your peril.

I’m a huge Liam Baker fan but even I’m not buying the hype after his 110 point outing against the Hawks. You won’t find an easier game for Baker to have a day out against the Hawks who had both an injury-ravaged backline and midfield. He simply won’t get it that easy as a medium forward against most sides this season and while I think he can improve on last year’s average, any talk of a genuine breakout is misleading.

The old dogs were up to their old tricks during the AAMI Series. Both veterans took advantage of limited game time and worked overtime in their limited time on ground. While it’s nice to see that can still produce a big score, they have both been on a downward trajectory over the last few seasons. Worth drafting late if you’re in the window but I’m not expecting these scores to be the norm in 2022.

I know forwards are light on this season but please don’t get sucked into Sonny’s big score from the weekend. The Eagles were basically witches’ hats on Sunday and it was just a points-fest for most of the Dockers side. Walters picked up 10 marks on Sunday which just shows how open the game was at times. With a midfield of Fyfe, Serong, Brayshaw, Brodie etc there isn’t much room for Walters and if he’s stuck up forward like he was most of last year, the regular points just won’t be there.

Similar to Walters above, it was a very easy game for the medium forward on Monday night. Listeners will know I’m an Ainsworth fan and after this game, he may go rocketing up some draft lists. I think this is unwarranted. Yes, he can produce games like this but this match was very open, he took some very easy uncontested marks and kicked four goals. I’d love if this was the norm but it’s more likely a high point in his yo-yo like scoring. I’d still be keen to draft him but I think you should be pencilling him in as more of a 70 average forward than anything too much higher.