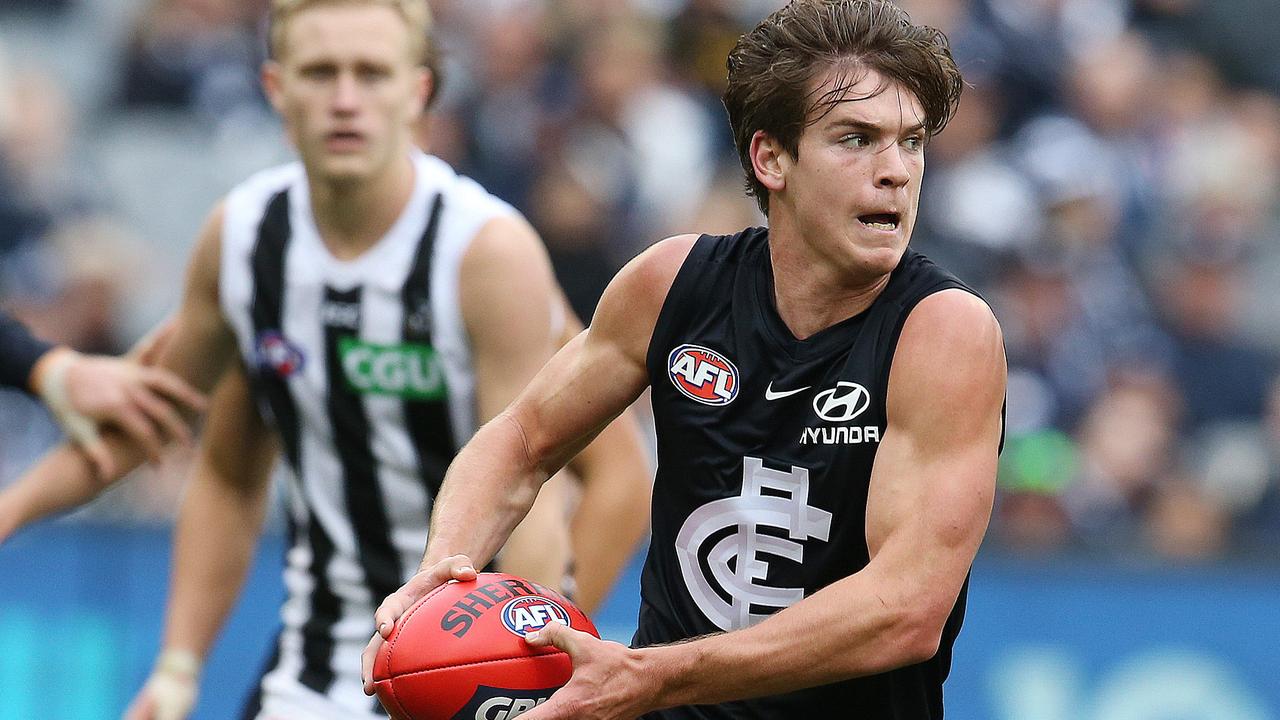 I’m continuing my analysis of the cellar dwellers from 2019 by having a look at Bazinga, coached by Zane of the OTLS podcast fame.

2019 was a tough year for Zaneo, only winning four matches in the league’s inaugural season.

I don’t want to be mean or a doomsday prepper too early on in the new year but Zane is going to need a fair bit of luck to lift his side into finals contention in 2020.

With an ageing list and more than a few unproven youngsters, it could be a long road to a flag for Bazinga.

Zane didn’t have too many tough decisions to make with his keepers, with a complete rebuild probably on the cards.

Major injuries to players like Langdon, Ward and Curnow make it hard to put a case forward to keep them, especially when his list is a bit light on for top end talent.

It’s important to note that even if you are rebuilding, not to delist the older talented guys like Shaw, Westhoff and Higgins.

They hold value for the Clubs who are chasing a flag and may be more likely to offload a young gun to get the proven point scorers in their side.

Zane will have his fingers crossed that kids like Dow, Fogarty, Naughton and the much hyped Collier-Dawkins can show something this year.

To me they are all talented enough to keep and could form the basis for a good team in the future.

With a long term view in sight, I probably would have kept Charlie Curnow, who is very promising when fit.

While he’s going to have his injury issues this year, I reckon he’s keepable this year, especially as Bazinga aren’t going to be threatening in 2020.

Bazinga really need to be implementing a youth policy in 2020 to keep their fans excited about what the future may hold.

Zane holds Pick Two and if for some reason Cam does take ROB with Pick One, I think Rowell would be a great choice for him.

He’s got two talented and young ruckmen, so he’s flying in that department but definitely needs to add some class to his forward line.

Youth doesn’t have to mean rookies either.

Often there are plenty of great two to four year players left in the pool and guys like Fritsch, Acres, Miers and Tucker are all available in ours.

Target a few of those guys and some younger backmen and Bazinga could well and truly be back in this competition in no time.

As mentioned earlier, I think it will be in Zane’s best interests to look to palm off Westhoff, Shaw and Higgins a bit later in the season when we start to see who’s pushing for finals.

These guys are proven scorers and will no doubt interest guys shooting for some silverware.

While it’s probably not the prettiest of lists out there, with a few smart pick and a couple clever trades, Bazinga could be pushing for finals next season.

“So after a 2019 season of disaster and despair thanks to injuries, retirements and just plain out right drafting spuds (I am looking at you Beams, Nank, Roberton, Ward, Vandenberg, Curnow…..) it may be time for a rebuild in year two of the comp.”

“At least most (thanks Beams) are back to strengthen the team for 2020.”

“I will be looking at some really good young talent to get in as early as I can in the draft.”

“Looking a few years away util this team will come together.”