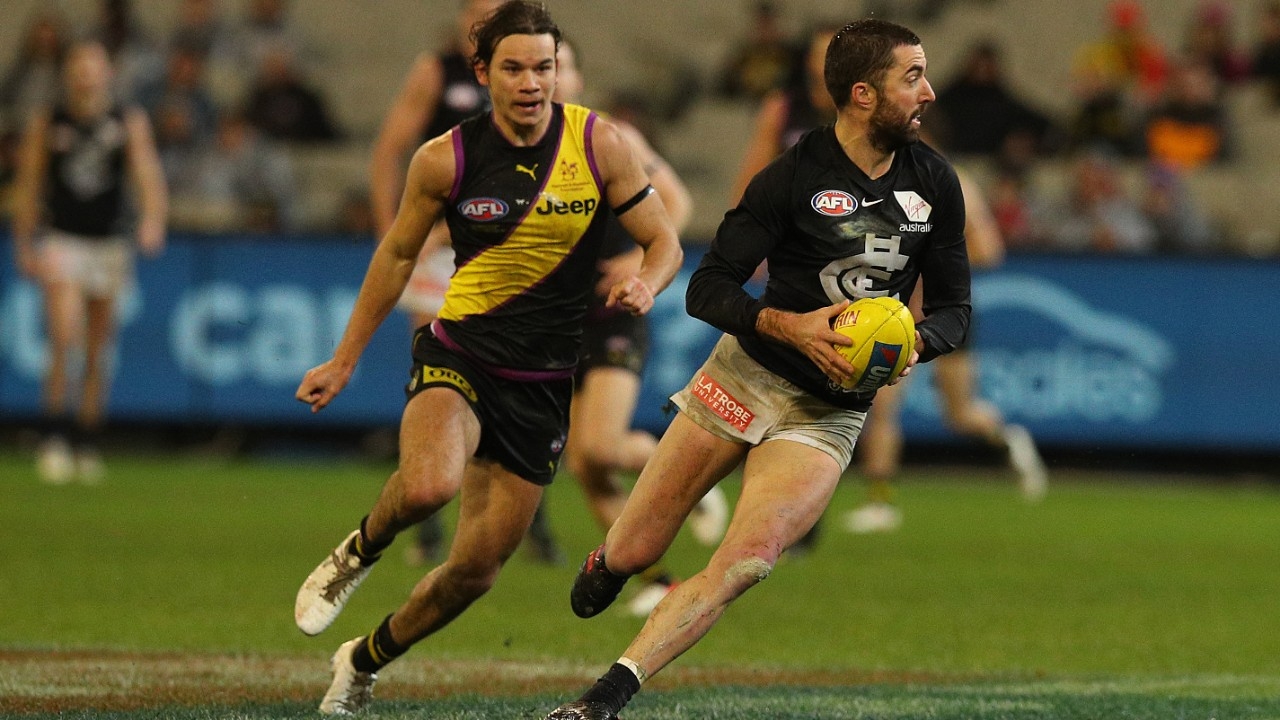 The boys from the Extended Bench podcast know a thing or two about building a successful keeper team. Christian, the coach of Is Dom, Is Good got his team into the finals last year and looks a good chance to repeat that effort this year!

There are not too many teams with a stronger spread across the board than that of Christian’s side this year. He has premium players across three lines and some of the competition’s most exciting young players.

Could Christian turn the tables on his podcast co-host Matt and become the leading team from the Extended Bench?

I really love the look of Christian’s keeper list. It’s perfectly balanced with great defenders and three to four really high quality forwards which is a huge advantage in 2020.

His back five is going to be very strong and the core four of Laird, Crozier, Valstuin and Maynard are all young and can be long term keepers.

While some people may have only kept one of Simpson and Zaharakis, I think this is a great strategy. Christian can easily trade one of them later in the season if required to a team shooting for a flag. Quality backs are hard to come by, even if they are slowing down later in their careers.

While he lacks a bit of depth in the midfield, I think that’s the easiest place to find consistent scorers, especially if he’s willing to draft a few older guys.

There are also a lot of teams who have kept up to ten midfielders this year, so the opportunity to trade out a back or forward for a decent midfielder is a definite option.

I could have made a case to hold onto someone like Ben McEvoy or Rhys Stanley as ruck backup for Sean Darcy. While Darcy is talented, he hasn’t been the most reliable player over the years so Christian is putting a lot of faith in the young Docker.

His forward line is genuiely elite. Dusty, Devon, Chad and Robbie are four lethal players. Add into that mix an improved Jaidyn Stephenson and young gun Zak Butters and you have one of the best forward lines in the competition.

Keeping Sam Gray was an interesting choice for mine. Yes, I know that forwards are thin this year but personally I would have taken a chance on someone like Jack Newnes or Will Settefield to help balance his midfield.

While Gray could be very handy, I think his upside is a bit limited and Newnes, Setterfield and even Zac Fisher are bigger chances to break out in 2020.

Christian’s first order of business needs to be drafting some solid midfielders.

There are plenty of decent mids floating around the pool and I’d be targeting players like Brandon Ellis, Adam Tomlinson or Karl Amon who are still young but are also proven scorers.

Even older guys like Mitch Robinson, Joel Selwood or Isaac Smith could be very handy to his side as they are going to be those players you can lock in for an 80 minimum each week.

I think his next issue to tackle is his ruck setup.

With Rory Lobb not available in the pool, it makes it hard to handcuff Darcy unless he looks to trade him in. That might be a smart play post draft but if that’s not an option, then I’d be targeting an established ruck for some cover.

The only other thing I’d be looking at with the long term in mind, would be to draft a couple young forwards.

Players like Martin, Smith and even Wingard always have the chance that they could lose their DPP if they spend a lot of time in the midfield this year.

While it’s unlikely it might just be worth having a little contingency plan for 2021.

If Christian can get his midfield up and running this year, I think he’s a very good chance to be playing finals once again.

“Looks like a POD for my team this year could be a stronger forward line than most others in the league.”

“Given the light midfield I don’t think it would be enough to compete for the top end but finals berth isn’t out of the question if I can get some solid mids in the draft.”

“Will also look to target a young defender with an aging backline. Jordan Clark should get DEF status once he settles at HB which will also help.”