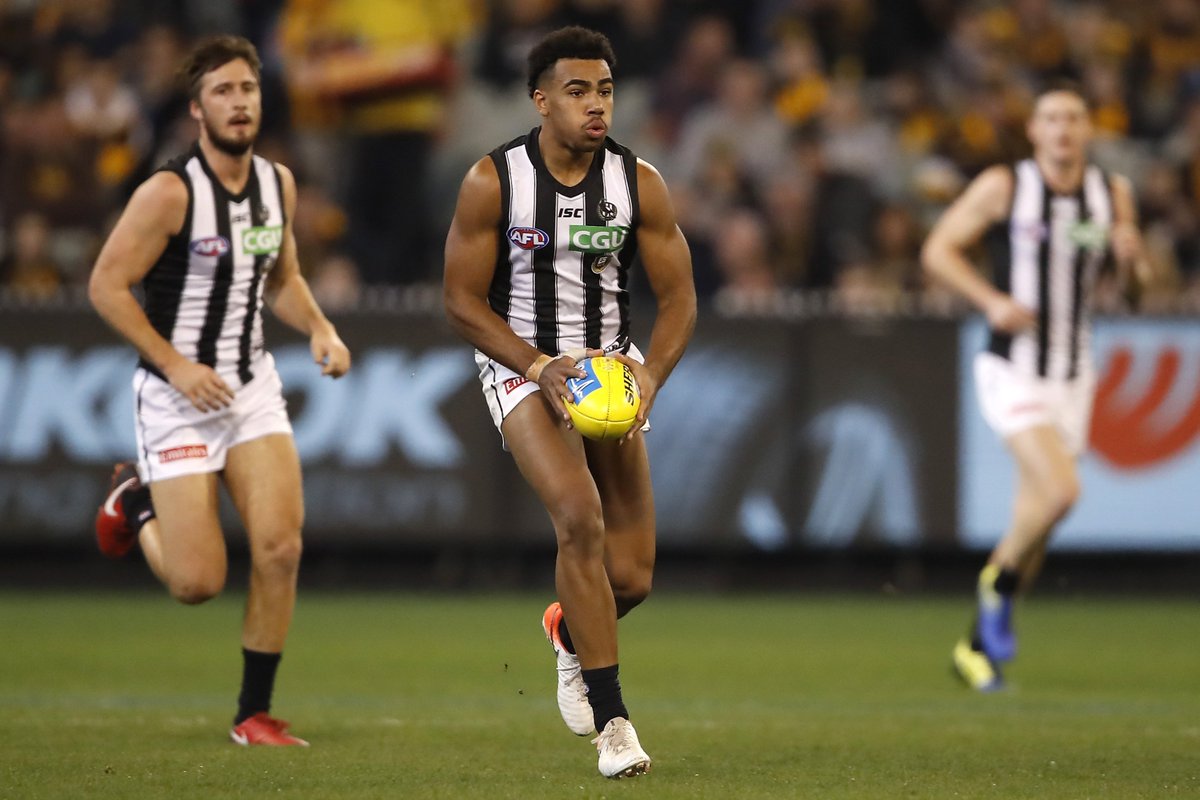 It’s time to put the blow torch on the keepers selected by James from The Coaches Panel podcast and coach of the SouthernGrizzlies CP side.

James’ side just missed the finals last year but I can’t see that happening again in 2020 with a really solid core group of players.

With a bit more luck with injuries, I can even see the SouthernGrizzlies CP as a dark horse for the flag this year!

I’ll start off by saying I’m quite a fan of James’ current list of keepers but it could have been ever better with a few small changes.

Blake Acres being delisted is one of the biggest shocks of this off-season. While we locked in keepers before he went bananas on the weekend, he just had to be a keeper after his move to Freo.

Acres will be extremely hot property in the draft on Friday and the choice to go with the unproven Max King over him is a strange one.

Even if you are super hot on a kid like King, you will easily be able to snag him mid way through our top-up draft, whereas someone like Acres will probably be going in the first round.

Regardless of that decision, he still has a super strong forward five, so that decision may not be as damaging as it could have been.

Adam Tomlinson is another I’m surprised James let go. He was putting together some solid numbers at GWS and his move to Melbourne should see his scores increase.

He’s one I would have kept over the much-hyped but so far disapointing Aiden Bonar. While Bonar has forward status I think Tomlinson will easily outscore him this year and The Grizzlies could use his numbers in their midfield while Jack Graham recovers from injury.

Another big call for me was the retention of Isaac Quaynor over Jamie MacMillan. MacMillan has been one of the most consistent defenders over the last few seasons and while people may think that they can do better than his 75 average, that is a damn good score for any defender.

Quaynor only played the four games last year and while he looked like a quality player, he didn’t seem to ooze a big fantasy game. For me, he’s another kid you could have easily got mid way through a draft.

With a pretty good spread of players and one of the games best ruckmen, James doesn’t have too many major worries heading into the draft.

I’d suggest his first point of business would be to lock in a fifth defender to ensure he has someone to play ahead of Quaynor.

Another mid would be where I’m looking with my second pick before drafting a couple of forwards like the delisted Ben Brown. This ensures he has plenty of options in the game’s weakest area this season.

Cover for big Max Gawn will also be a high priority and I think both Pruess and Jackson will be required players at the Grizzlies in 2020.

Apart from Houli, Murphy and Jack Steven, his team is quite young and he looks to have a really solid core group of keepers for years to come.

With a good draft, I think James can work his way quite nicely up the table this season and could be a big threat come finals!

“While most coaches are struggling in the forward line, I’m lucky to be batting fairly deep there and took the luxury of carrying a couple of kids I just really like owning (in King and Bonar) even if they don’t make my starting 18 yet.”

“Some might argue that Acres was a better keeper choice but to those people I say, you clearly haven’t spent a season owning Acres. I’m happy for him to be somebody else’s problem now.”

“I definitely do need another starting back and could probably use another midfielder to be honest, but there are heaps of serviceable D5 & M7 options in the draft so I’m happy taking punts on developing Graham and Quaynor to see if they can step up this year.”

“Gawn takes care of the ruck line on his own but I will either need to pick up the handcuff or find a decent backup, just in case.”

“After a disappointing 2019 season, I’ll be looking to bounce back hard for 2020 and I’m quietly confident that I’ve got the right mix of keepers to build upon this list through the draft. Hopefully a little luck slides my way!”