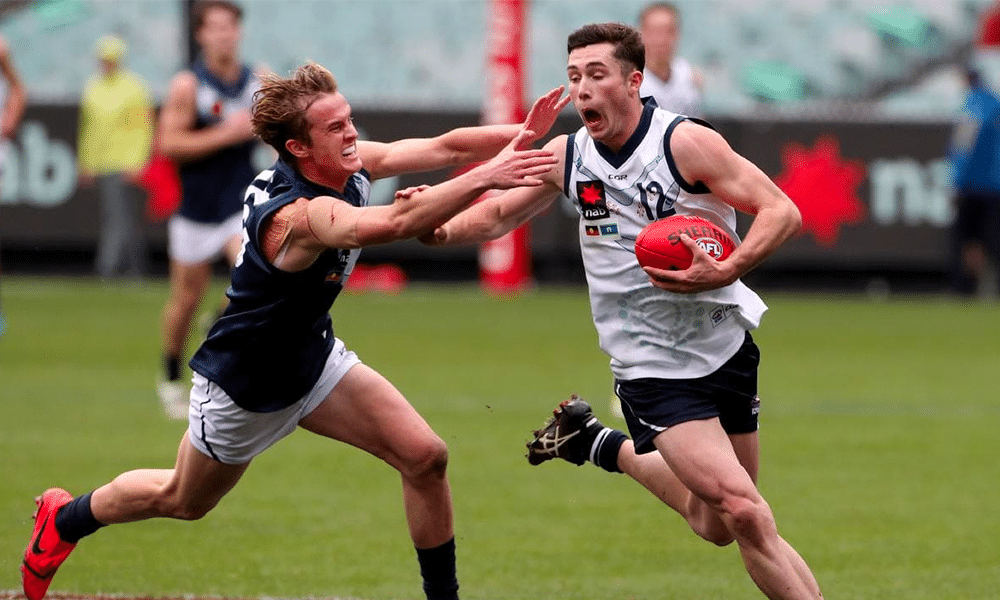 This week I’m going to look at another defender tipped to go early in the 2019 draft. Lachie Ash is a skilful player who loves to run and carry the ball. He racks up touches across half-back and uses the ball the with class. Ash also shows genuine leadership capabilities, being the Vic-country co-captain (alongside Caleb Serong) this year. In this article, we are going to look at Lachie Ash’s fantasy scores of the 2019 season.

We’ll start with Ash’s NAB League numbers. Ash showed he has some fantasy game playing for the Murray Bushrangers this season. He averaged 97 AFL Fantasy points, with top scores of 121, 118 and 112. Across the 2019 NAB League season, Ash played 10 games with averages of 15 kicks, 8 handballs, 5 marks, 5 tackles and a goal per game.

Looking to the Under 18 Championships, Ash’s numbers weren’t quite as high. However, that is to be expected with the step up in class. His best performance came in round 1 of the championships against the Allies. In this game, he had 24 kicks, 6 handballs, 7 marks and 2 tackles for an AFL Fantasy score of 113 points. Across the competition, he averaged 83 AFL Fantasy points per game.

When you break down his performances across both competitions this year, Lachie Ash’s fantasy scores were quite good for a defender. Ash is going to rack up points for intercept marks and he’s the type of player that clubs will want to have the ball in his hands. He has been likened to Lachie Whitfield who is an absolute fantasy jet. We just have to hope he accumulates touches like Whitfield at AFL level.