One to Watch: Preliminary Finals 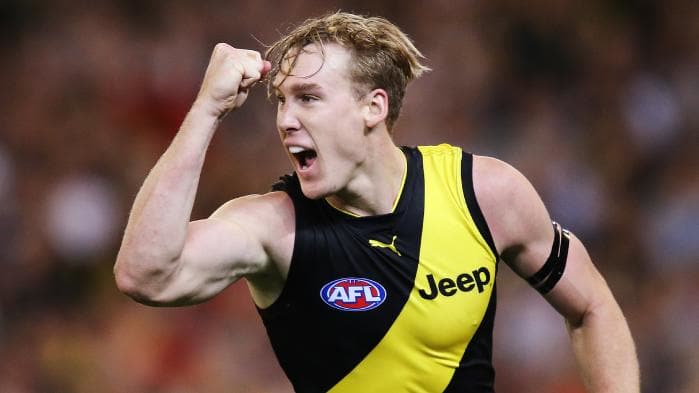 Throughout the finals series, we are going to identify players that might be undervalued or available in drafts next season. These could be debutants, players in different roles or guys that underperformed this season. We’ll choose one player from each team as ‘one to watch for 2020’.

This guy was huge on Friday night. He was back to his dominant best, kicking a bag of 5 goals and scoring 108 points. It’s going to be interesting to see how Lynch goes with a full preseason under his belt. Before injury hit him in 2018, he was an 80 average forward for the three seasons prior. He could get back to that level (if not better) next season. If I owned him, I would bot be chucking him back into the pool despite his 62 average this year. If he’s available in your league – get on board.

Despite everything, I still believe Rhys Stanley is Geelong’s number one ruck. The times he has missed seemed to have been pretty costly for Geelong. I think most Cats supporters would want him in the side. He scored 97 on Friday night and has averaged 80+ for the past two seasons. With the lack of decent scoring rucks in the league, I think Stanley has a bit of value. There’s always going to be the risk of him getting dropped. Especially with Geelong’s abundance of talls and whacky selections. But if he’s gettable in your league and you’re in need of a ruck, he’s one to watch for 2020.

Maynard has been one of the most consistent keeper relevant fantasy players this year. He has only had four scores under 70 this season and has averaged 78 points per game. He’s firmly in Collingwood’s best 22, he’s as durable as they come and a fantastic user of the ball. I know I have banged on about him throughout the season (partly because I acquired him in a trade this year) but he’s a real breakout candidate for 2020. Unfortunately, he’s probably been snapped up in most leagues. Trade for him with confidence.

This guy had a fantastic finish to the 2019 season. In his past 10 games, he has averaged 83, to go with his season average of 79. He’s still prone to the odd low score here and there, but the positives outweigh the negatives. You just have to monitor the opposition to see whether he’ll have to play a lockdown role, or if he’ll be able to get loose and play as an interceptor. Haynes was only drafted in 69% of leagues this season, so there’s a good chance he’ll be available next season. He’s never going to hit premium defender status, but he’ll be a player in your side worthy of a keeper spot.