One to Watch: Finals Week 1 - The Keeper League

One to Watch: Finals Week 1 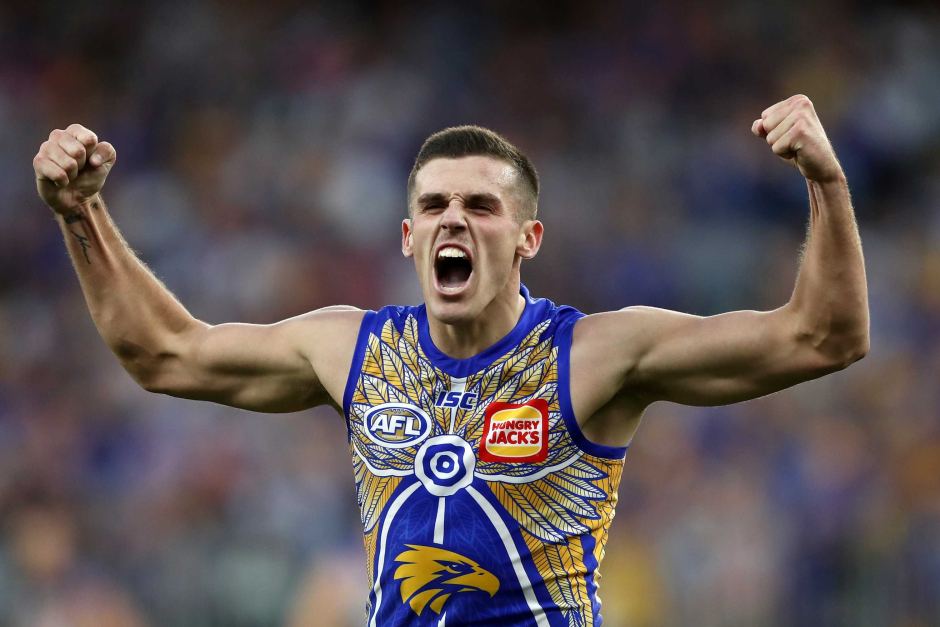 Throughout the finals series, we are going to try and identify players that might be undervalued or available in drafts next season. These could be debutants, players in different roles or guys that underperformed this season. We’ll choose one player from each team as ‘one to watch for 2020’.

This guy has recently caught my eye as one to watch for 2020. He predominantly plays up forward, but against Richmond a few weeks ago he spent a bit of time on the wing. The following week against Hawthorn he had a stinker, but he was up forward and was deprived of opportunity as the Hawks dominated. Last Thursday against Essendon, he again spent the majority of the game up forward. But he is a player who pushes hard up the ground to get touches. The forward role he’s been playing for the last month reminds me a lot of Tom Lynch at the Crows. That guy can be a 90 avg. forward when he gets a good run at things playing that connecting role. I’m not expecting big things straight away but I reckon he’s one to watch for 2020 drafts.

Just typing the name ‘Andrew McGrath’ has made me look at myself in disgust. But his game on Thursday is what we were hoping to see from McGrath this season and leaves us pondering about his potential for next season. I don’t think he’s ever going to get to the premium territory, but I think he’ll slot in nicely to a C3, C4 role in your side, averaging between 90-100 as he matures. He might be a good buy-low target, for 2020 as he’ll lose defender status next year and therefore lose fantasy value.

Menegloa had a pretty rough year. He only managed 9 games for the season and averaged 78. Last year he averaged 99, so we know what he’s capable of. He racked up 90 points, but he had a lot of touches coming off the half-back line. It’s going to be interesting to see if he plays a similar role next week. Going by this season, you’d expect him to keep his forward status, but his centre status might come into question. Could we potentially see back and forward DPP status for Menegola next year? Either way, he is another player who is going to drop in value next season, so keep him on your radar when trading starts for your league.

Wills is on my ‘never agin’ list so I don’t know why I’m even writing this. If Collingwood had a clean bill of health I don’t think Wills gets a game. But with the current state of Collingwood’s list, he gets a chance to prove himself. Wills has always been a good point per minute scorer, he just doesn’t spend that much time on the ground. However, he did spend 75% of the game on field this week. He’s one to watch for 2020 depending on where players like Pendlebury and Sidebottom play next year as they get on in age. It also depends on the fitness of Dane Beams. These are things we’ll have to monitor throughout the preseason next year.

There’s a chance Finlayson didn’t get picked up in some drafts this year, so he might be available in some leagues. He’s playing up forward alongside Harry Himmelberg and Jeremy Cameron, so there are going to be lean weeks. But when he’s on, he’s a viable fantasy scorer. It’ll be interesting to see if he continues his role up forward. He was initially drafted as a defender but I’m not sure if we’ll see him play there again. Regardless, he’s someone who could be a handy pick up in drafts next year.

At 28 years of age Duryea isn’t going to be on a lot of teams’ radars. However, he does play a fantasy style of game in a fantasy relevant team. He had 80 on the weekend to bring his last 5 average to 84. For any team who’s pushing for a flag next season, Duryea could really benefit your side. He should be available in a lot of drafts and will make a good D3 or D4 next season should you need one.

Cam Rayner had one of the better games of his career. He was everywhere early and was a force up forward for Brisbane. We’ve always looked at Rayner as a quality over quantity type, but he found a lot more of the ball on the weekend, despite spending the whole game up forward. Rayner will feature in Brisbane’s midfield eventually, so as he heads into his third year, it might be a good time to jump on. I wouldn’t be expecting big things for 2020, but he’ll be a solid fantasy contributor eventually. You just have to be patient.

Titch is a player you’d rarely consider in fantasy, so it’s likely he’ll be available in a lot of leagues. His move into the midfield has been good for his fantasy output and coaches have been rewarded. Next year he likely loses forward status and becomes a sole midfielder. This would almost make him unattainable. There is a chance he plays forward next year and gets the status back. But it would lead to a reduction in scoring output, so it’s a tough situation. I guess the thing we’re watching for 2020 is if he keeps his forward status and remains in the midfield. If he does, then he should be a handy pickup.