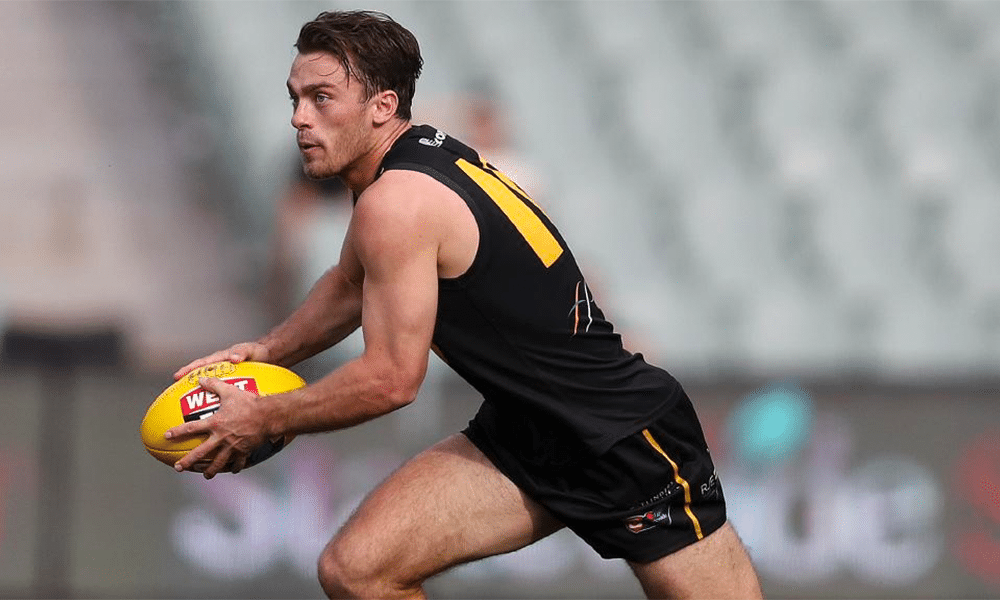 While there is always plenty of hype around the youngsters in the AFL Draft, it’s the mature age draftee with fantasy games like Tim Kelly, Kane Lambert or Michael Barlow who should be up the top of your lists.

The mature age draftees are the ones who are ready to go from Round 1 and guys you should seriously look at to make an instant impact in your Fantasy side.

I like the look of four potential mature age draftees who you should add to your watchlists over the pre-season, should they be selected in the 2019 AFL Draft.

Partington scored the third-most fantasy points of anyone in the SANFL behind ex-Power player Sam Colquhoun and the Crows’ Patrick Wilson.

The ex-West Coast midfielder went at Pick 28 in the 2015 Draft and despite good WAFL form, he only managed to play 6 games at the Eagles.

In the SANFL, he averaged 103 points across the year and after a slow start to the season finished with 12 games of 100+. Amongst that he had three games in the 140’s and a PB game of 155 points.

In addition, he averaged 30 touches a game along with five tackles, with a great kick to handball ratio.

The 2019 Magarey Medal winner should see a return to the AFL as a ready to go midfielder. He’s definitely a potential mature age draftee with fantasy game.

The former Roo Hibberd averaged 99 Fantasy Points and 24 touches this season for Williamstown.

His kick to handball ratio wasn’t great but his tackling was outstanding, averaging 7 tackles a game.

He was a prolific fantasy scorer with 11 tonnes in the season and a PB game of 143.

Hibberd was always touted as a potential breakout candidate when in the AFL last but just couldn’t get a game at North.

At only 23 there will be clubs looking at the half-back flanker and he looks to have matured into a fine player this year.

Bolton averaged 113 Fantasy Points which put him in the Top 5 in the WAFL this year.

Averaging just under 30 touches a game and running a very nice 2:1 kick-to-handball ratio, Bolton was a fantasy beast in the WAFL.

At 27, it looks like it could be his last chance but the guy can seriously find the footy.

The only guy in this list who hasn’t been on an AFL list is the NEAFL Rising Star winner Angus Baker.

He’s always had plenty of talent, as a former member of the Swans Academy back in the day. However, he did his knee ending his AFL dream and has only just regained his form now.

In his amazing season, he averaged 115 points and scored hundreds in 14 of his 17 games.

What I like about him is he not only dominated fantasy-wise he also topped the NEAFL for Champion Data ranking points and came second for disposals.

Most importantly, he’s a ready to go defender who can do it all and could be the draft smokey you need in your team.