Back on Track: Who’s returning from injury in 2019? 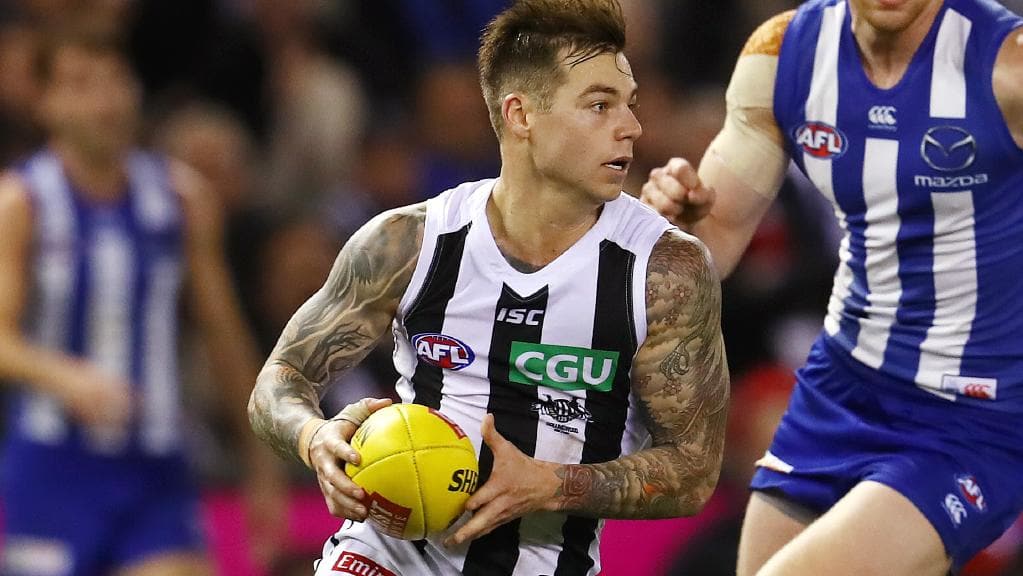 Injury ruined these players 2018 seasons but if fit and firing in 2019 could end up being draft bargains. We look at five players who are back on track and returning from injury in 2019.

A risky proposition as he’s only played 3 of the last 5 seasons but the guy can seriously play footy!

He’s on light duties to start 2019 and the Pies will be taking a cautious approach to have him 100% for this season.

He’s still only 26 years old and if he can get his body right, he’s a lock in the Pies best side and could be one of the great sleeper pickups in your draft.

The 27 year-old returned for the Crows last two games of 2018 and notched up a tonne in his final match against the Giants.

A big chance to be in many draft pools this year and has been a consistent defender for many years with an 80 average in 2017 and a 77 average in 2016.

Early signs point to him being the Crows’ main kick in taker which could see a big boost to his scoring potential.

The consistent scorer could easily see his average push into the mid to high 80s with the new kick in rule and will be a very handy pick up for anyone looking for a quality defender in their side.

This kid started 2018 on fire with a 97 and 98 then only played 3 more games before a broken leg ruined his season and finished with a 71 average.

In his last AFL game last year he had already racked up 48 points in just 35% of game time and was looking like a very handy fantasy player before his injury.

He played the final two games of the NEAFL Season and finished the year with a 38 touch, 12 tackle, 169 point game vs Sydney Reserves.

He was most definitely best 22 at the Suns before his injury, so don’t be put off by his lack of games towards the end of the season. If fit, he could be a real handy player for the Suns and your team this season. As a forward option he looks a great pick up and that 169 shows he can really go big!

Once a fantasy gun, we haven’t seen the best of Pearce Hanley for a while but 2019 could be his year.

He returned to the AFL late last year with 67 and 90 in his last two games. What was super impressive was that his 90 points came from only 64% Time on Ground.

The Suns will be crying out for his experience and leadership this season and while the 30 year-old might be getting on a bit, a year of 80+ wouldn’t surprise at all and could be one that is overlooked in many drafts.

He’s the forgotten man of the Dons backline after missing all of 2018 with a broken and dislocated foot he did in a JLT match.

While you’ll have to be patient with him this season, he’s one that will slip right down the draft orders and could be a handy late pickup.

While the ‘16 & ‘17 seasons only saw him with a 65 average that could have easily grown last year.

If you can snag him with a late pick and put him on ice until the back half of the season, he’s a player that could reward you with some very handy numbers.