Round 11: Captains and Streamers 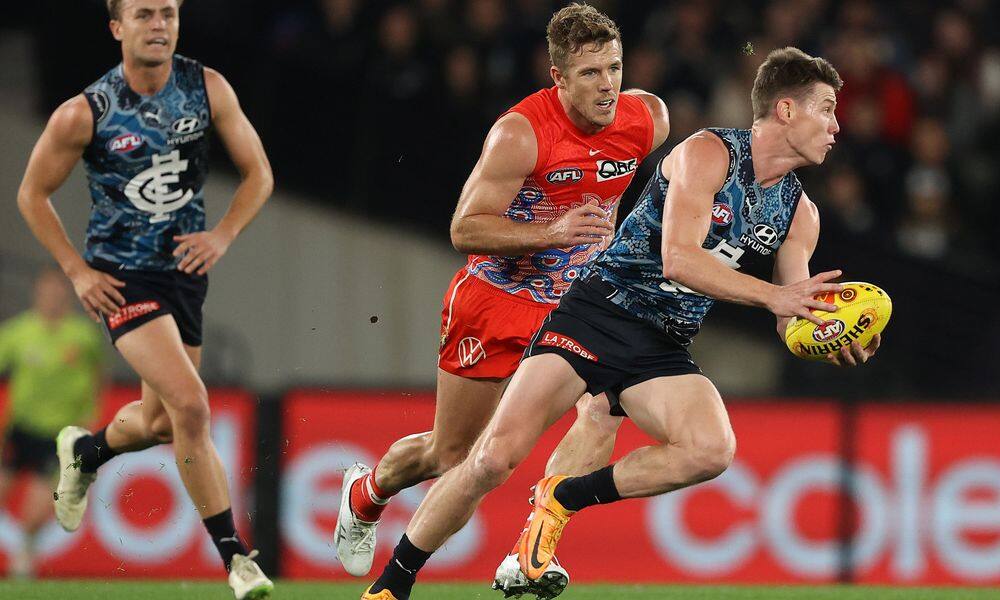 Sam Walsh keeps putting up 100’s notwithstanding a reduction in his CBAs. This week he comes up against Collingwood whom he averages 100 against. Walsh scored 100+ on Collingwood twice last year with a season-high 155 on them in Round 18.

Marcus Bontempelli makes the list again this week after scoring 116 last week and with an average of 106 from his last three. The icing on the cake is that he plays the West Coast Eagles this week, a team he averages 102 against with a 135 in their last matchup.

Zach Merrett has not averaged under 100 points at this point in the season for a number of years. This week he faces Port Adelaide whom he has miraculously only gone under 100 against once – his debut season of 2014 (with a 98).

Jack Macrae has been super consistent over the years and he averages 91 against the West Coast Eagles. Jack had 111 and 113 against the Eagles in season 2021.

Josh Kelly had 24 CBA’s last round which owners will be hoping is a new trend under the interim coach. Kelly is averaging 116 from his last three and scored 108 on the Lions in Round 11 last year.

Jake Lloyd is having a down season by his standards with a paltry 68 last weekend. However, Lloyd averages 95 against Richmond and had 119 against them in Round 3 last season.

Dayne Zorko averages 90 against Greater Western Sydney with a score of 125 on them in Round 11 of 2021. With McCluggage out with a hamstring, Zorko could also see increased midfield minutes.

Jesse Hogan averages 96 against the Brisbane Lions and a whopping 121 at the GABBA coming from a huge game. In addition Jesse is averaging 84 from his last three games and has improved his consistency.

Ed Richards is averaging 84 from his last three games and has really improved his intercept game. This week against the West Coast Eagles, he should post a 75+ score, making him a handy D5.

Heath Chapman comes up against the best team in the AFL this weekend in Melbourne. However, the Demons are giving up the most points to medium defenders of any team in the AFL.

Connor Nash with Max Lynch out and Ned Reeves unlikely could be used in the ruck more this week. Whilst he loses the hitouts, he becomes an extra mid around the ball. The sweetener is that midfielders average 80+ on the Gold Coast Suns.

Tom Papley averages 75 against Richmond and scored 86 against them in Round 3 last season. Small forwards can be ‘sacrificial lambs’ when it comes to weekly roles so a Friday night loophole option is ideal for owners.