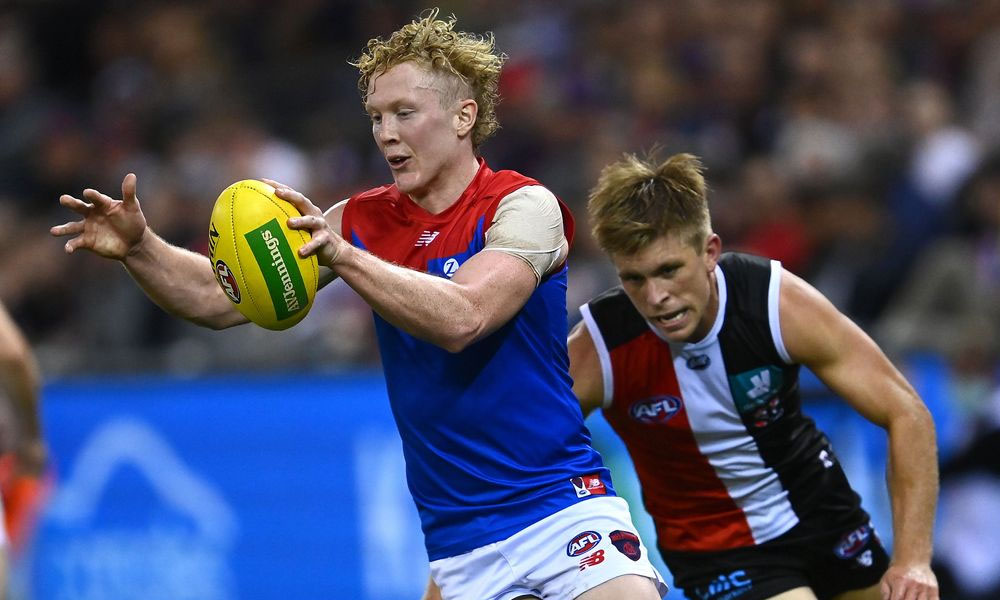 Max Gawn returned to ruck pig form this week, with a score of 108. Coming up against a young Matthew Flynn, I back him to improve his scoring even further.

Jack Macrae averages 106 against his opponent North Melbourne. He is currently averaging 124 points and hasn’t looked to be impeded by the midfield depth at the Western Bulldogs.

Clayton Oliver is another mid that has been in ripping form, with an average of 118. The Melbourne midfield has finally clicked, and I am expecting Oliver to continue his form against a lacklustre GWS team.

Rory Laird has been in ripping form for the Crows over the first two rounds, averaging 108 as a pure mid. This week he comes up against Gold Coast, who gave up 138 points to Dom Sheed in Round 1 and 127 points to Jed Anderson in Round 2.

Jack Crisp has had a great start to the season and another Thursday night game. Crisp averages 93 against Brisbane and scored 135 on them the last time they met.

Brodie Grundy has a very good match up this week, the fact you can loop him is pretty amazing. Oscar McInerney looked to injure his ankle last round, potentially leaving Brisbane without an experienced ruck option.

Lachie Neale has had a horrendous start to the year, after back-to-back rounds of copping a hard tag. Collingwood have given up a lot of points to opposition midfielders. I am backing him to bounce back this round.

Taylor Adams bounced back last week, scoring 121 against Carlton. He did slow down late after being subjected to a Curnow tag, and I do expect the Lions to put some attention into him.

Tom Doedee averages 94 points against Gold Coast, with a score of 108 the last time the teams met. The Suns have been strong this season but lack tall targets up forward, and as a result are giving up points to defenders.

Daniel Howe looks to have cemented himself in Hawthorn’s best 22, locking down a prosperous wing/half back role. Last round he scored 91, and this week he comes up against Geelong. Last time these two teams met, he scored 108 points.

Trent Cotchin averages 89 against the Sydney Swans. He scored 97 in his first game of the season, whilst attending 16 of a possible 21 centre bounces.

Josh Battle scored 114 last time he played Essendon, and returned to some form last week with a respectable 74. Given the lack of forward options this season, this could be the week to play him.

Lachie Fogarty had a very healthy 90 points from 21 touches on the weekend. Miraculously, in a season with limited forward options, only 41% of owners started Lachie on the field. I put this down to the Thursday night loop option. He hasn’t put a foot wrong and deserves to start in your team this round against Fremantle.