Round 5: Captains, Streamers, and Loopholes - The Keeper League

Round 5: Captains, Streamers, and Loopholes 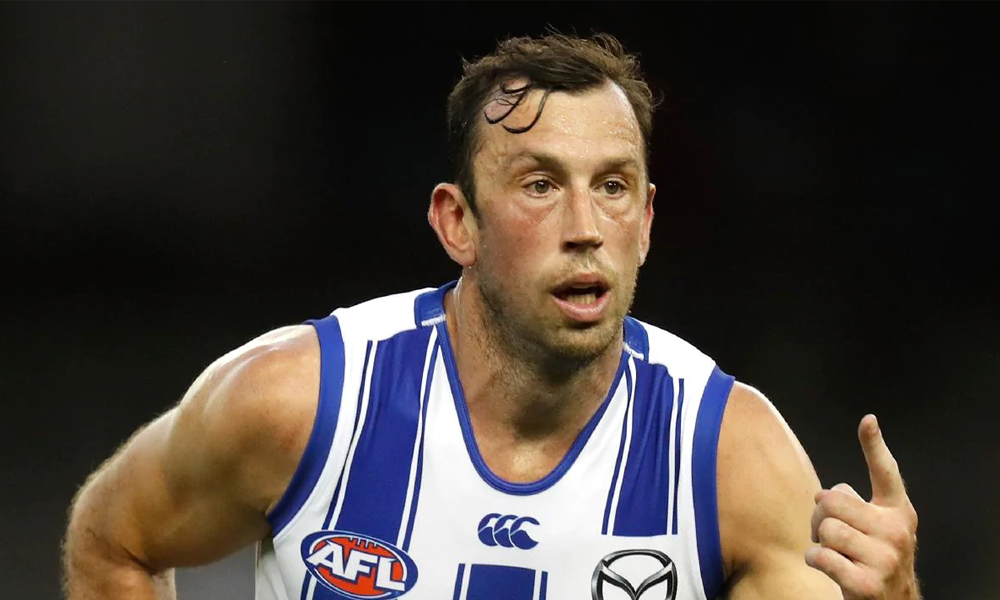 We’re heading into round 5 so it’s time to take a look at some captains, streamers and loopholes!

Once again, Brodie Grundy tops the list of captain options this week. Last time Grundy played Essendon he had 149 points. He also averages 100 at the MCG. Essendon also looks likely to play Andrew Phillips over Tom Bellchambers. The last time these two ruckmen met was in Round 15, 2016 where Grundy had 102 AFL Fantasy points.

Another ruckman enters the top 5 this week for captain options and that man is Todd Goldstein. Goldstein is in great form this season averaging 98 AFL Fantasy points a game this year. This week he comes up against Western Bulldogs who he averages 93 points against. Last time these teams met, Goldstein scored 153 points. We have him projected to score 93 this weekend.

The next guy on the list is probably the most in-form player in the game – Lachie Neale. Averaging 116 for the season, Neale is coming off the back of a 123 point score against the Crows. This week he takes on Port Adelaide who he only averages 93 against. Port Adelaide are also only giving up 58.9 points on average to midfielders, so this stat drops him down this list a little.

Sam Docherty returns to the captains options list for the first time in over two years. He’s also in great form – his lowest score this season is 88 and is averaging 98 AFL Fantasy points. He averages 99 against St Kilda and had 127 points against them the last time they met. He also plays on Thursday night which gives you a great loophole option for those playing lockouts.

Tom Mitchell gets one last chance on my captain list after averaging a measly 75 points this season. Despite this poor average by his standards, he makes the list due to his scoring history against GWS. He averages 118 against the Giants and 129 at Giants Stadium. The biggest reason for considering to put the ‘C’ on Mitchell is this fact: the last time these two teams met, Mitchell scored 195 points. Hopefully, he can replicate a performance like that on the weekend.

Cam Guthrie is a player you’ll want to get off your bench this week. As a result of Tom Stewart’s injury last weekend, he spent more time in defence and racked up 106 points. Expect this to continue on the weekend. He averages 70 points against the Gold Coast and scored 107 against them last time they met.

If Michael Gibbons isn’t currently on your field, it’s time to bring him on. He averaging 68 this season, after a massive score of 106 last week. Since Eddie Betts has returned to Carlton, he hasn’t had to play as close to the goal which has boosted his scoring. He’s averaging 83 points over the last 3 weeks and expect his form to continue this weekend.

The last time Alex Keath played North Melbourne he scores 95 points. He also averages 75 points per game at Marvel Stadium, so he is one to consider putting on your ground this weekend if you have him sitting on your bench. However, North Melbourne is only giving 42.1 points to defenders this season, so tread carefully.

Orazio Fantasia has a great record against Collingwood. He averages 94 points against the Magpies and had a score of 84 the last time they played. Collingwood are giving up the fourth most points to forwards this season (52.2 AFL Fantasy points) so consider him despite his low average.

Shaun McKernan is a player that loves playing at the MCG. He averages 87 at the MCG, but also tends to play well against Collingwood, averaging 79 AFL Fantasy points against them. The last time Buckets played Collingwood he scored 103 points.

If you own Ed Curnow I’d consider putting the ‘VC’ on him this Thursday. Curnow averages 86 at Marvel Stadium and scored 106 against St Kilda last time they met. He also averages 78 against the Saints.

Levi Casboult is in good forms, so if you’re lacking options to try and exploit the loophole with, he might be one to consider. He’s in good form, scoring 94 AFL Fantasy points last weekend. He also had 98 points against St Kilda last time they played eachother.

Seb Ross should usually be a no-brainer for the ‘VC’ role on a Thursday, but his recent form would have some coaches doubting him. He’s worth a chance this week against Carlton, who he averages 92.6 against. The last time these teams met, he scored 99 AFL Fantasy points. He also averages 84 on Marvel Stadium.

There’s a few bench options we like this week.

Use the loophole to test David Cuningham after his big score of 99 last week. He doesn’t have a great record against St Kilda, averaging 55 against them, but he is starting to attend more centre bounces. Last week, he attended 33% of the centre bounces for Carlton.

Tim Membrey is a player to stick on your forward bench in case he goes off. Last week he had 85 points, so he’s in form. He also averages 77 against Carlton and 76.5 on Marvel Stadium. Last time these teams met, he scored 99 points. However, he does come up against Jacob Weitering this weekend who has been doing a great job at shutting down key forwards.

Jade Gresham is another option to bench and hope for a good score. He has been dismal this year, but he does average 82 against Carlton. Last time they met he scored 98 points, so if he can produce a similar number you’ll be wanting to loophole him onto the ground.