Round 7: Captains, Streamers, and Loopholes 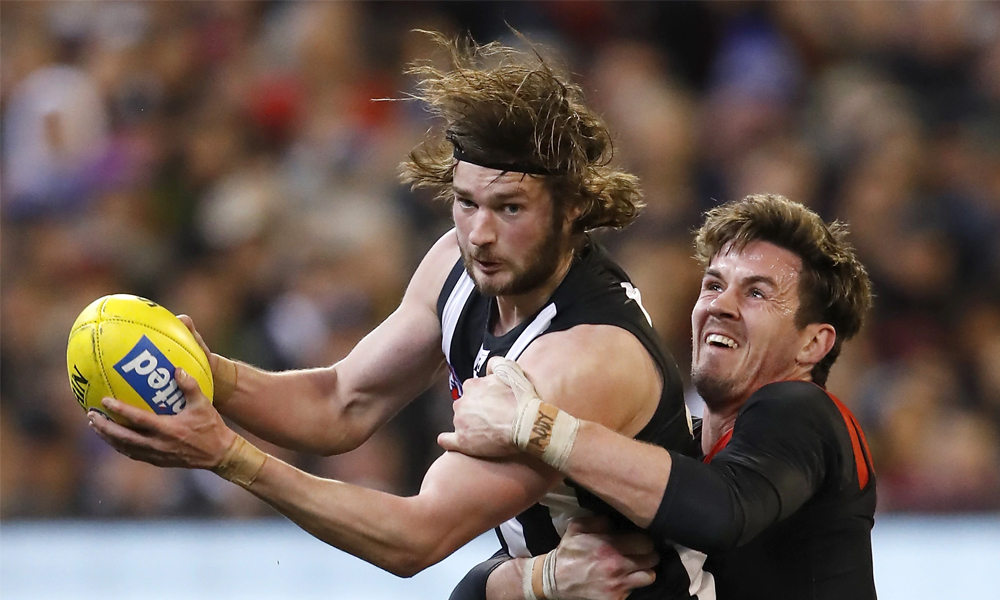 Round 7 is upon us so it’s time to take a look at some Captains, Streamers and Loopholes!

After back-to-back 100+ scores, Max Gawn tops the list this week. After scoring 105 last week, he has a 5-game average of 114 AFL Fantasy points. This week he comes up against Hawthorn who he averages 115.3 against. However, he does play at GIANTS Stadium where he only averages 70.5 points. That said, we have him projected to score 100 this weekend.

Lachie Neale comes in at number 2 this week, after a solid score of 98 last weekend. This week he comes up against GWS who he averages 112.3 against. He’s also playing at GIANTS Stadium where he averages a whopping 136.5 points. He will probably cop the De Boer tag this weekend, but if he can get off the leash we think he’ll continue his good form and score well again this weekend.

Adam Treloar makes the list after his second outing of the 2020 season, where he backed up his great score from round 5 with a 91 in round 6. He averages 103 against Geelong and 91 at Optus Stadium. The last time these teams met, he scored 118 points, so expect him to have another big game on Thursday.

Rounding out the top 5 is North Melbourne ruckman Todd Goldstein. Whilst he only averages 83.6 against Richmond, he does average 101.5 at Metricon Stadium. The last time these teams met, he only scored 60 points, but with Nankervis out and the fact that he’s currently in form (averaging 99), we expect him to go big this weekend.

It feels like this guy is on the list every weekend, but make sure you are fielding Rupert Wills again this weekend. Whilst he doesn’t spend a lot of time on the ground, his points per minute scoring has been fantastic this year. He’s averaging 61.2 in 2020, but the last time he played against Geelong he had 92 points. Hopefully, he can produce something similar this weekend.

Steven May makes the list again after living up to expectations on the weekend. He scored 70 last week against Gold Coast, and comes up against Hawthorn this week who he averages 70 against. He also averages 75.5 at GIANTS Stadium, so he has a good record there. The last time he played Hawthorn, he scored 118 AFL Fantasy points.

With Trent Cotchin out of the side, Jack Graham has been the man to pick up his minutes in the midfield. He scored 76 on Sunday to bring his average to 48.5 for the season. He playes at Metricon Stadium this weekend where he averages 72.5. He comes up against North Melbourne, a team he scored 85 against last time they met.

If you own Oscar Allan we advise that you play him this weekend. He scored 85 last week against the Crows and this week he comes up against Fremantle. Whilst he doesn’t have the best record against Fremantle, the Dockers are playing a small backline this year. With Kennedy and Darling in the side, Fremantle should find it hard to match up on those two as well as Oscar Allan. With Alan also pinch-hitting in the ruck, he should find many different avenues to score, so get him on your field this weekend.

There are a few captain options that I like this weekend.

The first one is Sam Menegola. Menegola averages 103.4 points against Collingwood. He also averages 97.3 AFL fantasy points at Optus Stadium. He is currently averaging 75 but has a last three average of 96. We have him projected to score 82 points this weekend.

The next vice-captain option we like is Scott Pendlebury. Pendlebury averages 108 points against Geelong and 97.3 points at Optus Stadium. Last time these teams met Scott Pendlebury had 128 AFL Fantasy points.

We think Joel Selwood is worthy of a vice-captain option. Whilst he is only averaging 94.2 points this season he had 84 AFL fantasy points last week to go with his average of 77 this season. He loves playing Collingwood who he averages 94.2 points against.

Brandon Parfitt is the last vice-captain option we have this week. The last time he played against Collingwood he scored 102 AFL Fantasy points. He has a last 5 average of 82 and is in great form this season. Look for some big tackle numbers if it’s wet in Perth on Thursday.

For the bench options there’s three players that stand out for me.

The first player I like is Mark O’Connor. He was one of Kaes’ smokies last week and put up a reasonable score against Brisbane after a huge first half. We are hoping that the opportunity created by Tom Stewart’s injury is going to have a positive effect on his scoring. Make sure he’s on your bench this weekend so you can loophole him onto the field if he puts up a good score.

Darcy Moore was in form last week racking up 80 points playing at centre half back. He has a 3 game average of 65.3 and last time he played against Geelong he scored 81 AFL fantasy points. We hope he can produce a similar score again this time around.

The last player on the list is Jamie Elliott. He has seen a bump in midfield time this season attending more CBAs than in previous years. Elliott averages 78.6 against Geelong and scored 92 the last time they played. He copped a knock late in the game last week and was rested for the last quarter. Nathan Buckley said during the week he still plans to play Elliott this week and use him in the midfield. Hopefully, this equates to a good score this week.